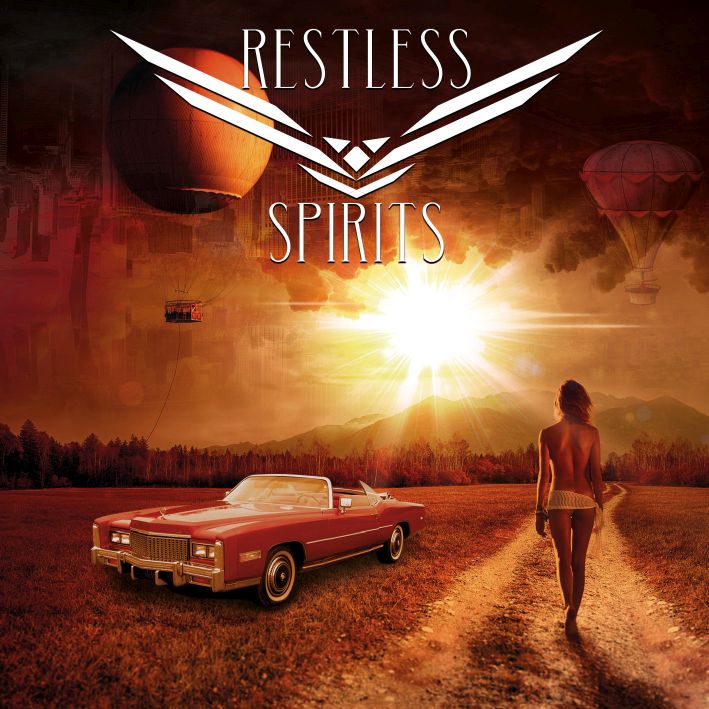 Guitarist Tony Hernando is, as we know, the driving force behind Lords Of Black. Not so long ago Tony received the news from singer Ronnie Romero that he would have to find a new singer as Romero was saying goodbye to the band that basically put him on the map. It won’t be hard to find a new vocalist, it will be hard to find someone who matches the quality that Romero brings to the table. In the meantime Tony concentrated on a new solo album that is being launched as ‘Restless Spirits’. Tony got some help from six fine singers who are all associated with the Frontiers label. Kent Hilli (Perfect Plan), Diego Valdez (Dream Child), Deen Castronovo (Revolution Saints and The Dead Daisies),  Dino Jelusic (Animal Drive) and Frontiers staff producer/keyboardist Alessandro del Vecchio plus Johnny Gioeli (Hardline/Axel Rudi Pell) helped out on the vocal front while Castronovo also provided the recording and playing of the drums. So it is safe to say that with this project Tony Hernando had some classy people to count on and that shows as ‘Restless Spirits’ is a very entertaining, versatile and most enjoyable melodic rock record. It cannot be compared to Lords Of Black who are more metal orientated. The fact that there are six shouters active gives the album extra colour as all singers are a force on their own and the songs fit them like a glove. Del Vecchio as a singer is a real treat, he sings the rocker ,,You And I’’ and the balladesque track ,,When It Comes To You’’. And on both occasions he nails it. It is hard to pick out real highlights as the level of musicianship, the quality of singing, the sound and the songs themselves are really cool. There is a good balance between power rockers, mid-tempo and more sophisticated material so any melodic rocker should at least have a listen to this CD and will come to the conclusion that ‘Restless Spirits’ has a shitload to offer.