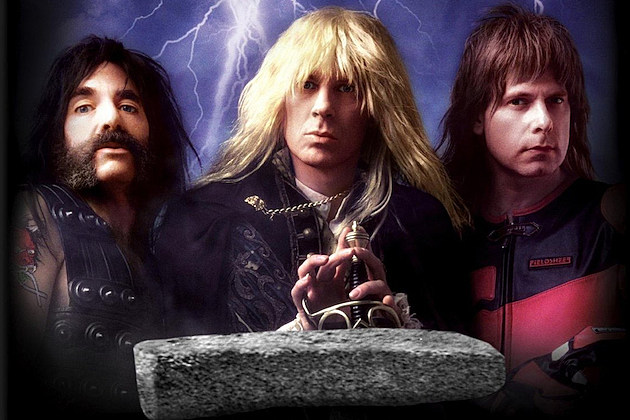 A Spinal Tap Moment.
Have you ever had one of those moments on stage when you wish the ground beneath you would open up and swallow you, never to be seen again? Indeed. I take it many of you out there have seen the movie? Well ladies and gents, let me tell you of one that I just happened to be witness to, and to my embarrassment was involved in.

There we were, Threshold that is, on stage at Hypothalamus in Rheine, Germany.
And we were all having a wonderful time until mid-set. We were meant to play the song ,,Part Of The Chaos’’, you all know it of course, from the album `Extinct Instinct’. Anyway, Karl would start the song with some clean guitar, but to our horror he started playing a totally different song of which the name escapes me at this moment in time. Steve, Richard and myself were all staring at each other, wondering what was going on. Was there something Karl had neglected to tell us, or maybe he just wanted to do his own thing? Hence I screamed at him to stop, which he did and realising his mistake made his apologies and started to play again, only to start playing the same song that wasn’t ,,Part Of The Chaos’’! Again I screamed: “KARL, YOU’RE PLAYING THE WRONG SONG!”. “Oh sorry”, he said and then looked down at his set list and once again acknowledged his mistake.

Damian then addressed the crowd and apologised.
And admitted that this was the true meaning of prog and that we all play different songs, all at the same time of course. It was one of those gigs that after that incident, we had a really good time and thanks to all of you who were there and remember it. For without you being there to witness it, it wouldn’t have been so much fun.

If this has happened to you, please send your answers on a postcard! Lol