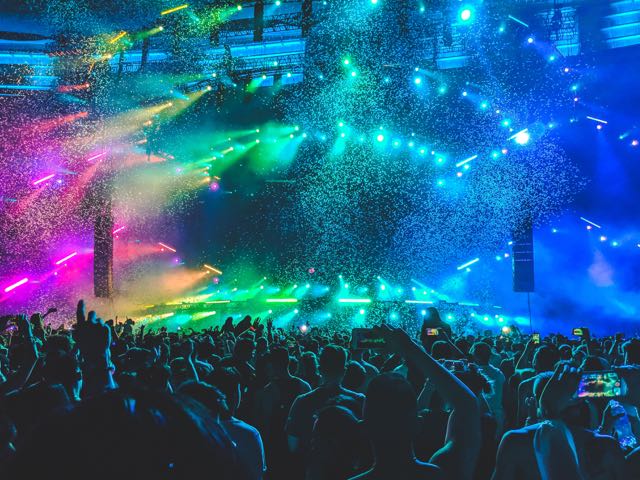 Hi there, my fellow Headbangers and how are you all?

Question. Do you know what goes on behind the scenes at one of the gigs or festivals where you see a host of your favourite bands?
Well, all you see is the end result when these young men and women or even us veterans cavort around the stage like spring chickens or in my case broccoli, me being vegan and all. There is a whole machine that springs into action. Finding the location, the bands, the promoter, the agent, the PA, the lights, the catering and a lot more. The legislation that is required to ensure that all runs smoothly is nothing less than a phenomenon! Making sure that all the bands not only turn up on time, but also set up and be onstage at their allotted slot can be task in itself, knowing what musicians are like. Oh what a Diva, I haven’t got any roses in my dressing room! My hotel room doesn’t have a king size bed! Oh naff off, you get what you’re given and like it! The stage hands whom are there not only to help, but make sure that nothing goes wrong, and if it does they’re on it like a shot, more often than not, but there have been times when I have said to myself, where are you?

On one occasion, I must tell you this, we were playing at a festival in Romania.
And the health and safety, hmm, well let’s just say it wasn’t to be desired or taken likely. During the set and due to my vigorous playing, the cymbal stand fell off the riser and hit a cable. It was a chain of events. Off went the stand that hit the cable that pulled the plug from the socket that brought down one side of the PA system and consequently half of the gig was played in mono! It all happened in slow motion as I can see now. It was incredible that so much power wasn’t being distributed properly. If that had happened in England, well let’s just say, it wouldn’t. Eventually it was repaired and normal service was resumed. It was an experience that I hope will never be repeated! Anyway, even my dietary requirements have been catered for, so there you go. Here’s another anecdote at another festival. When the caterer had called me as he was told that I am a vegan and therefore asked me what I wanted. I asked what was on offer and he told, so I replied “that sounds wonderful”. After arriving at the venue and sound check I was called and greeted by a wonderful plate of baked veg whilst the others were given ham sandwiches and beef and onion crisps! Ha ha ha ha. They looked upon me disgusted and said, “WE ARE TURNING VEGAN!”.

Having to book the hotels for all the bands and not only that.
If you consider that the festival may last two or three days, meaning that you have to be in and out at the right time to be back at the airport to get your flight to where ever you may be playing next. I don’t have the mental capacity to take on such tasks as these people do, but it isn’t all done by one person as particular jobs are allocated to those who are suited best to doing them. If you have 60 bands over a three or four day festival and four stages, you have to have the equipment to cater for all the needs of those about to go onstage, whilst another band is setting up. Roll on roll off risers. Of course this is all from my perspective and my job is easy, but spare a thought for those who have to be there from the first light to the last band and the last to leave, please turn off the lights! Fifteen, sixteen hour days are not uncommon. You cannot imagine the amount of equipment that has to be allocated to each stage and those who have to take care of it and make sure it functions correctly, I thank you all for making my job easy, for without you guys, it just wouldn’t happen!

So in closing.
Let me say that you don ‘t take for granted what you may see, as nothing is as it seems and the hard work that goes into putting on an event such as 70.000 tons or Reading or any of these other festivals you may attend, then spare a thought for those who put their gusto into what you enjoy most, live music.