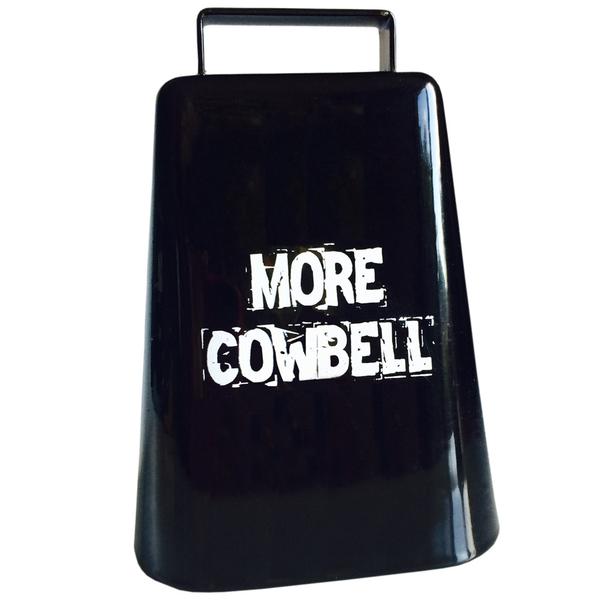 Hello there again and how are you all?

Today’s subject is the cowbell.
Yes, the cowbell! Love it or hate it, it’s that strange noise you hear unexpectedly in the middle of a quiet passage, then TOCK! What on earth? The first time I heard one being used in rock was in a Deep Purple song called ,,You Fool No One’’, I think, my memory fails me. If anyone out there can correct me on this then please do. I must say that it blew me away as Ian Paice was just playing that thing to death. Now I have used one on many occasions and it has served me well and was for many years an integral part of my set up, but we must remember where it originated from. There was old Ermintrude grazing in the field and farmer Brown not wanting to lose his prized possession decided he was going to forge some steel, shape it into its current form, put a little dangler on the inside of it and voila, he can now locate his bovine friend from miles away, I hope? How it ended up on a drum kit I have no idea, but it has and it seems it’s here to stay. If anyone can also correct me on the history of the cowbell then please do. Lol. They now come in so many shapes, sizes, tones and colours that you can now have an array of them to scale. Whatever next, some dancing girls maybe? Now that would certainly be an integral part of any well respected drummer’s set up! But the cowbell’s original shape and colour will be here for all eternity! Lol. Hearing it in a different genre of music gave it another dimension. If you like Latin or Caribbean music you will again hear how rhythmic and percussive it can be. I personally love them, but have no need for it at this time, so it’ll stay safe in a case until such time it’s needed again. So until then, my friends, listen out for that TOCK!!