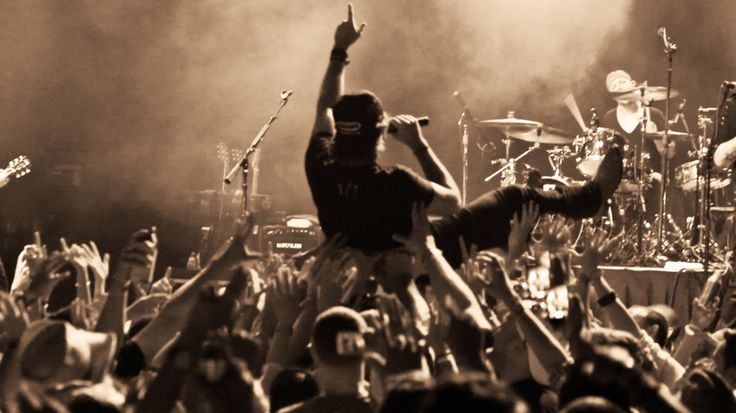 How many of you have done it? Guilty as charged and I must say it’s great fun, providing of course it’s done safely! I’ve seen many a man come a cropper and land on his bonce and then stagger off to the nearest A & E. Trust is something that we must all have when engaging in this activity as we don’t want to end up where I have just mentioned. I would imagine that no one wants to see another hurt, so we will often do our best that it doesn’t happen, but unfortunately it does. So I now watch from a safe distance. I’ve seen people dive from the strangest places and landing on a sea of hands to be carried back and forth to the pounding sounds of their favourite band. Some end up upside down, which often made me think where’s the rest of him, I only see a pair of legs or trainers to then disappear into the pit of humanity.

After one show I had decided to dive into the crowd, and I was carried so far from the stage that I nearly missed the encore. That’ll teach me, it took me an age to get back as I obviously didn’t have a return ticket. So, I won’t be doing that again, well not in a hurry anyway. In closing, my crowd surfing friends, be safe, be conscious and have a great time doing what you love. For now, as there is an age limit to it, that means when the element of fear starts to creep in, and for us oldies, meaning those over twenty, it can be a dangerous activity to engage in.