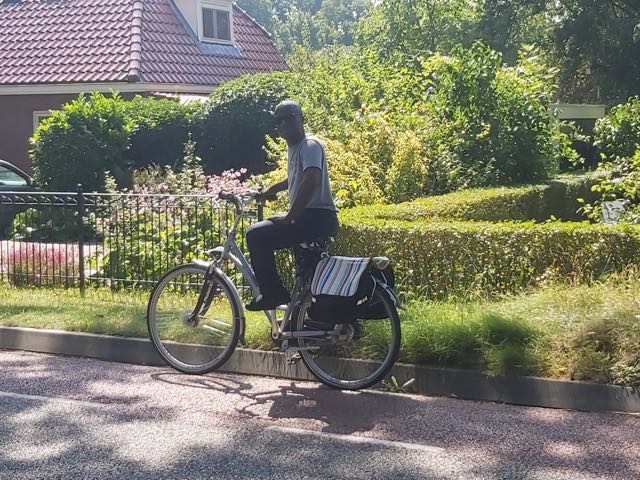 Good day good people and how are you? I do hope that all is well and you’re enjoying the current heat wave? Or not!

I’m going to talk to you about Cycling In Holland.
Now I’ve been here in Holland at the courtesy of the VDRS for the past three weeks and I must say that the facilities here for cyclists far surpass anything back in England. They are everywhere, which makes life so easy and very safe indeed. They are mainly concentrated in town centres, urban and suburban areas. But I must say that riding on the right hand side does create a little confusion for me because at traffic lights, which you do have to abide by and cyclists do have right of way in some cases, means that I’m never quite sure which way to look for oncoming vehicles!? Hence on a number of occasions I’ve nearly come a cropper! You can cycle for miles in complete safety which, I have done since being here, coupled with the glorious weather we are having makes it a real pleasure indeed. It’s also not easy to get lost as there are signposts in abundance that will direct you to your destination. Now I’m a sucker for beautiful houses, which there are a great number of, so consequently whenever we go out for a ride, we tend to head for the areas that are a feast for the eyes. I wouldn’t hesitate to move out here and spend the rest of my days, but it would need a lottery win to acquire the house I’d want. 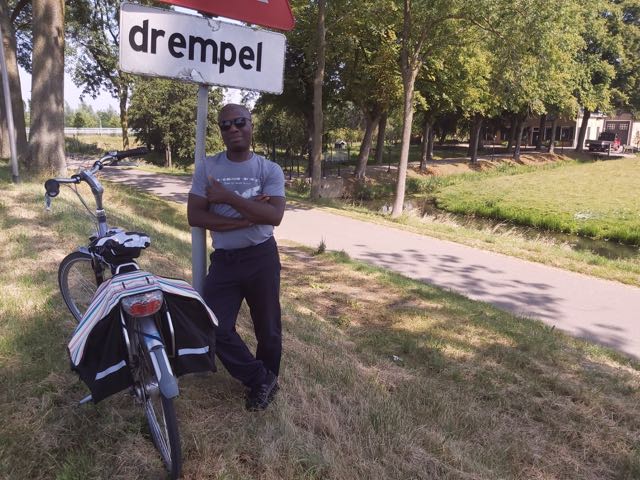 There are cyclists everywhere and if you’re not careful you could go home with a different bike 365 days of the year. There are mopeds galore with riders not having to wear the compulsory head gear so you’ll see many youngsters on these fashion items with their hair blowing in the wind. But seeing as the cycle lanes are so safe, there is no need for them, as they don’t encounter any of those nasty 4-wheeled devils! Well it’s not the cars, but the drivers! I would imagine there are far fewer fatalities in that respect. The electric mopeds you’ll have to watch out for as they make no sound and can creep up behind you and the nest thing you know you’ve jumped out of your skin! You’ll see young and old on cycles out here as it seems to be the easiest way to travel, and you don’t have to worry about parking, just find somewhere to clamp your bike safely of which there are many places to do so. This has been thought out and planned very well indeed and Britain could take a lesson on how to accommodate the growing number of cyclists, but that would take a revamping of the infrastructure, which is highly unlikely, and would reduce the number of fatalities!

It has been a glorious experience for me and long may it last! Men, women, boys, girls old and young are on two wheels. You’ll encounter those on a leisurely ride and those cycling enthusiasts who adorn the appropriate attire to ride at faster miles an hour on a saddle that resembles a razor blade using your nuts as a cushion. The perfect recipe for ED. It’s great fun and environmentally friendly. I can’t think of a better way to reduce your carbon footprint on those short journeys you may need to take? Now all I need to figure is how to transport my drum kit, I’ll need a hell of a trailer! LOL 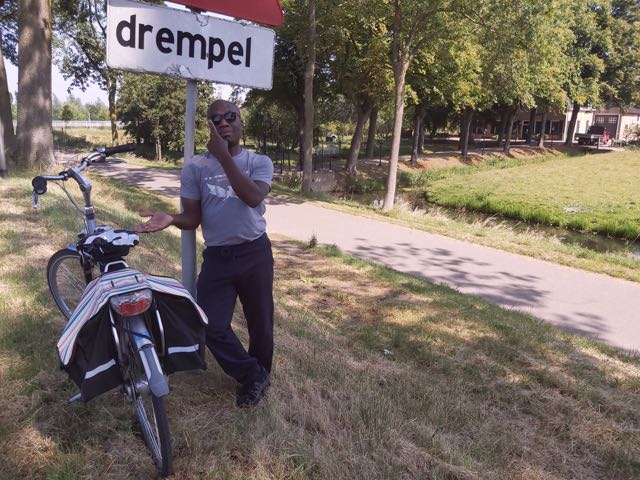 For those of you who are unfamiliar with the Dutch road signs, please look up the word ‘Drempel’.