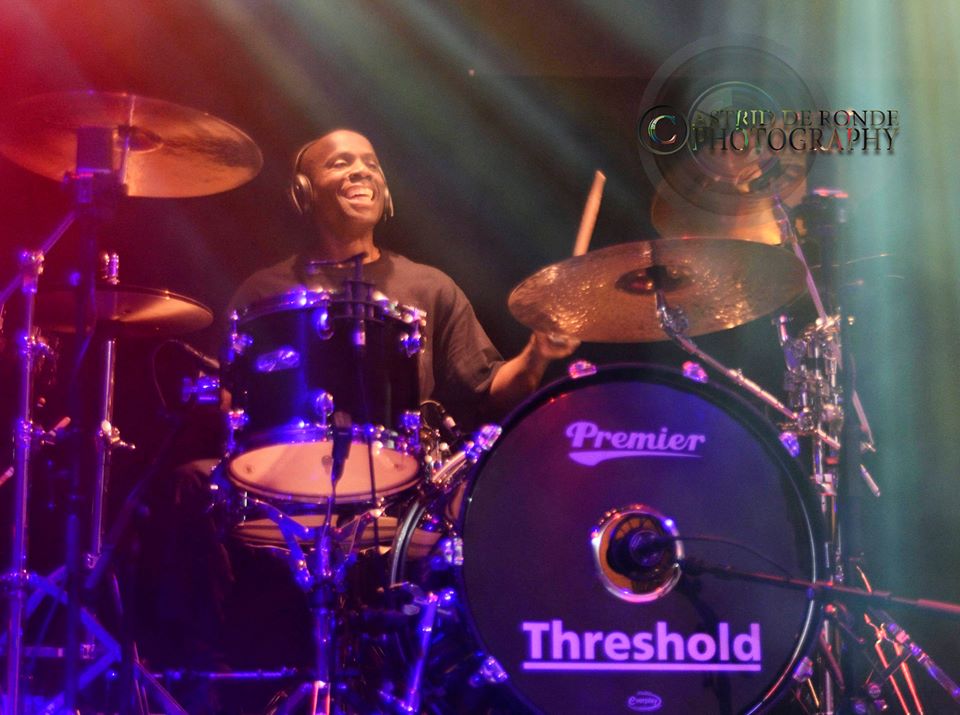 The drum solo. Goodness me, they can be boring, and that’s coming from a drummer! Then again, done by the right person they can be inspiring and I have heard both. I have been inspired and bored to tears, but let me say that if ever I do a drum solo so to speak, I try and keep it within the context of a song and keep it short, or at the end of a song in which case I can be a little more adventurous. Considering it’s the way I, we, drummers that is, express ourselves we should be allowed off the leash now and then, but never to have the audience look at one another and disappear off to the bar. I was witness to one of the best drum solos ever when I went to see a band called Weather Report back in the eighties, and I must say it was scary and most inspiring to know that drums could be played that way. It opened a door that I never knew existed. The drummer’s name is Omar Hakim who then ended up playing with Sting. Do any of you remember the live album `Bring On The Night’? Yep, that was him. There are so many drummers today that are more than capable of holding a crowd for as long as they wish to and so many to learn from, as one Tony Williams said “Nobody knows it all, that’s why I still practice”.
I’ve been asked many times, why don’t you do a long drum solo as the crowd would love it? My reply is always; I would only bore you, so best I don’t! Plus I would rather play music than bash away aimlessly thinking I’m something I’m not! Plus there isn’t the time to go through all that I know, therefore I keep my seconds in the spotlight to a minimum. So in closing, to all you aspiring young musicians out there go and express yourselves and have fun, enjoy your moment in the spotlight for in a moment it has become a memory.