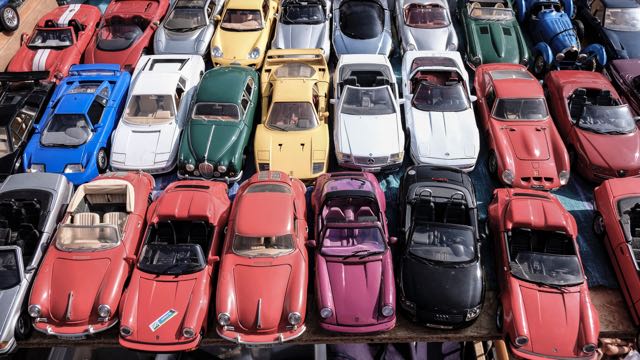 Good day to you, my dear reader. I do hope you have had good week?

This week’s topic is electric cars. There seems to be somewhat of a resurgence of these battery operated vehicles and also points where you can get them recharged. I remember when they first arrived on the scene some years ago, but they were cumbersome trollies that weren’t worth the effort and had batteries that would fill the boot of your car and weighed more than an elephant! They were also slower than a snail running backwards into the mouth of a hedgehog! But as is with all things, they have evolved for the technology has advanced to the point where they are quite light and fashionable. To a point! Oh yes, I have an electric car, you know. How ecological of you! How environmentally friendly. We have been looking for ways to cut our carbon footprint and lessen CO2 emissions for a long time now, please correct me if I’m wrong, but nothing will beat the combustion engine! I don’t see Maserati and Ferrari falling over each other to jump on the ecological bandwagon! That mantel is for the lesser of the human species who wish to save the planet. Or am I wrong? There are advantages and disadvantages to owning, or driving one of these vehicles in the fact that the charging points aren’t as numerous as fuel stations, but they’re working on it. Plus these cars are quite expensive, but I would imagine the insurance may well be lower than your regular Mercedes 4 X 4. I can’t tell you how many of those I see on a morning doing the school run. They have somewhat proliferated, I mean, you really need a 4 X 4 to get over those road humps, don’t you?!

How many companies manufacture electric cars? How many are willing to? What mileage do you get before you have to recharge the battery? What’s the top speed for you boy racers out there? Have you noticed how quiet they are? So you ask the question, how many people were struck by these vehicles because they never heard them coming. They tend to glide and you only hear the tyres on the tarmac and then feel the impact! Crunch!

How easy would it be to run cars on alcohol? Cars were running on hemp back in the 1930’s. Oh yes, your everyday marijuana plant was far more versatile than just sending you to the outer reaches of the solar system. One acre would provide some 25 tonnes of the stuff. It’s clean burning and easily sustainable. But it was demonised back in the 1930’s as it was a direct threat to the oil and pharmaceutical industries! Hence we have fossil fuel powered vehicles, which are about as friendly as a box of jelly fish in your bath!

Who’s to say that if electric cars become too popular, you may find that they become so expensive that only the chosen few who have an abundance of wealth are able to afford them. How many of us would be willing to give up our cars in favour of something that will eventually be better for the environment? As long as I could get my drums in it I’d be first in the queue! But they first have to be affordable and available to the masses. Unfortunately the oil giants have the monopoly on this industry and will continue to do so for a few years to come and it’s highly unlikely they will relinquish their grip in the near future for they own the electric car industry, or am I wrong?

There are a number of alternatives as we have seen, but it always boils down to economics and profitability and we don’t get to choose, hence we only get what we are given! Make mine a Bentley please! Just kidding.