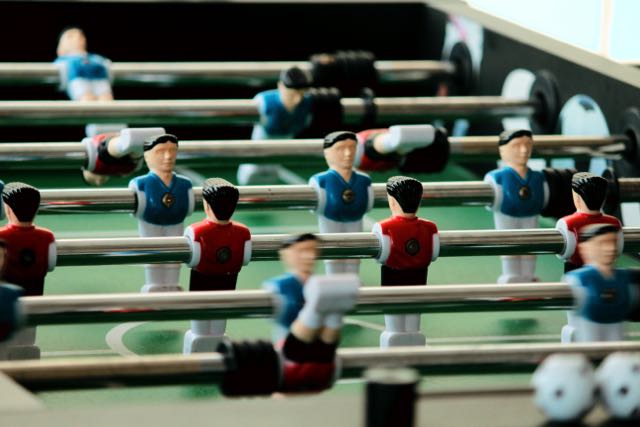 Hi there my good friends and how are you all this week?

Here’s a topic for you: Football.
How many of you out there love or hate it? Please raise your hands. On the right who say yes, and those on the left who say no. Okay, so now we have an even split. With the World Cup looming in, wait for it, Russia, in the Summer things are looking pretty hot and with the recent poisoning of a certain double agent and his daughter, England were contemplating as to whether they should not take part in this event. I shall leave my thoughts on this matter off the page and whether or not England have a chance of winning, you decide. I have my money on ….? No, I won’t spoil it for you, but when you look at who the best players in the world are, I’m not sure any of them come from these shores.

I played some years ago.
But I got injured and decided not to partake and as I wasn’t being paid I thought it better to hang up my boots so to speak and play ice hockey instead! Truth be told I loved it, but it was my brother who could really play and goodness me, he was quick and so skilful. He would have players falling over themselves trying to relieve him of the ball, which seemed to be glued to his feet and there he was just laughing. That was the thing back then when we played, you had to ghost pass as many players as you could, then put the ball in the back of the net! I played for a side as a teenager called W I L, and I’m not going to tell you what it stood for, but as young men these guys, sorry, boys could play. They were so good that the goalkeeper never had anything to do other than take penalties and there are photos of him lurking somewhere, sitting by the goalposts reading comics and occasionally looking up when the ref blew the whistle when another goal was scored. We once beat a team called Barham Rangers 29-1 of which I got 9 goals that game. I know it’s a ridiculous score, but it’s true, for anytime I got the ball I went for goal. Eventually my teammates hated me. I’m not sure what became of all these lads, but those who survived the 70’s would love to have those years back!

Today’s players, let’s say earn more in a week than many a third world country see in a lifetime.
And I’m sure Christiano Ronaldo could pay off the third world debt! Wow, it’s a huge business with sponsors left and right. A player doesn’t even have to kick a ball and he’s wealthy, and I mean wealthy! There seems to be so much pressure on them that many are so afraid of making mistakes, which throws them off their game, which is a shame as it’s how they express themselves. Maybe that’s why so many of them end up gambling, for the stats say that 1 in 4 players end up broke. I suppose when you give a young man that much money and time on his hands, well there’s not much else for them to do other than go to the bookies and put a wager on a four legged creature! Now that’s a crunch of a thing to do! Wage your wonga on an animal you don’t know, how unpredictable! Anyway, the temptation is far too great for some and the consequences are grave! The excitement can be astounding as we, the supporters who love the game that is, have been enthralled at what some of these players can do. The skills they have acquired over years of practice is beautiful to watch, but I must say that some of the youngsters I had the pleasure of playing with were no different, for they had the same skills just never the platform to do it! It all seems so corporate now, and the game is being consumed by businessmen who only see a commodity and not the soul. You can’t imagine how much supporters now pay for season tickets, travelling and the latest kit can cost a fortune. Yes, the game has changed, for they are now athletes who can’t go out drinking on a Friday night before a game and expect their bodies to perform the way they want them to! You can’t have that meat pie and chips, for spinach and other veggie dishes are now on the menu!

Thanks for listening, or reading I should say. Lol.