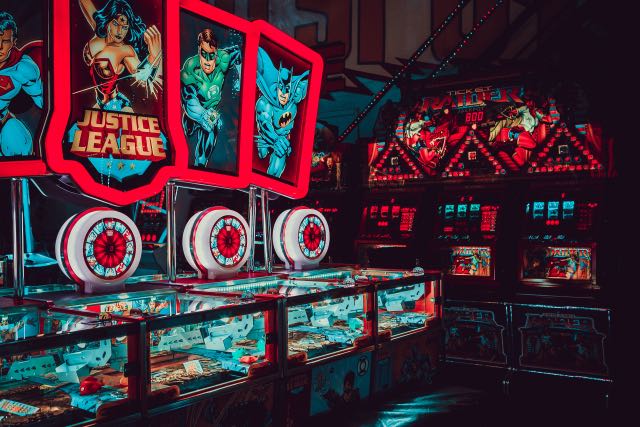 Hi there my friends and hope you’ve all had a good week?

Gaming.
I was a huge fan of this pastime and to some extent still am. There are so many on the market now that I’m lost in the ocean of fingers, thumbs and control panels, lol. They have changed a great deal since I first got into Vectrex and Space Invaders. Is there anyone alive who remembers them? I do believe they were around when dinosaurs ruled the earth. Anyway, I got into the one-on-one combat and beat-‘em-up games, such as Street Fighter, Punch Out, Streets Of Rage, Tekken and a host of others. Street Fighter has recently had their world championships in Canada, called respectively the Canada Cup. Go figure, world championships? It may be obvious that these persons have too much time on their hands, but I must confess they have taken the game onto a level that defies belief and comprehension. What they are able to do is nothing short of astounding, as you can most definitely detect a miss-spent youth, lol! Is it any wonder they become loners and anti-social misfits, ha ha ha, I should know.

It can be a solitary activity.
But it’s much more fun when pitting your wits against an adversary who is waiting for the opportunity to, metaphorically speaking, tear your head off! Ouch! In saying that they are so much fun, but can also be very frustrating! More often than not I would try and perfect the moves of one character and then move onto another. Trying to discover their strengths and weaknesses is time consuming and I had to also remember that I had a life outside and away from the control panel. Oh yeah, I play drums, don’t I? How do you do this again? I remember now. They can be all consuming, all absorbing and obsessive, but luckily I got out in time, I think? But in saying as mentioned before, I have spent a good few hours watching the Street Fighter Canada Cup. It is so engrossing and seeing the new characters they have created is really quite funny. Some of the old ones have disappeared, which I miss simply because of my age as the game has moved on, but it’s also much faster! I wouldn’t have a chance against any of these newcomers and they would more than likely hit a perfect score over me each time. Tell you what, they wouldn’t get a perfect score if we were to go out into the car park and do this for real. I will, metaphorically speaking, tear their heads off! Your control panel won’t save you now.

How violent they are, how does one react to this?
Have we become desensitised to violence as our children are consumed by them. Bare that in mind!
The market is huge. Games are being produced it seems on a minute by minute basis and the ones already created seem to be updated within a couple of months, and the cost can be astronomical! I can’t keep up. Consuls, PS2, 3 and 4 cost a small fortune, but that’s where eBay comes in handy. Nintendo and Sega have disappeared off the market. Where are they, can anyone tell me? Playstation have cornered the market and more than likely absorbed their competitors, have they? Anyway, what ever game you play, please enjoy. I have had so much fun over the years and will continue to do so, but you know the old saying, everything in moderation, including moderation.

Thanks for listening and keep those thumbs nimble. Ha ha ha.