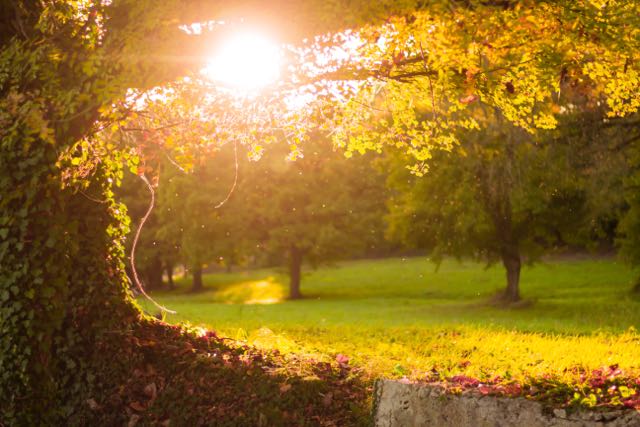 Hello my friends and dear readers alike. How was your week?

Anyway, I wish to share something with you that happened some nights ago on 20/3/2019.

I was walking my dog through Kingsland Park in Northampton, usual time between 7- 8 pm after the evening meal, when he started barking energetically at something. I asked “What’s up boy, who’s there”? He continued barking and was heading towards a bush located in a remote area of this rather large public space. What had he seen? My nerves started to tingle as we got closer to where he was focused and I thought to myself, I don’t like this, me being a bit of a wimp, so I tugged on his chain but he wasn’t having it, he was getting very irate. I tried to calm him, patting him on the head and stroking under his chin, but to no avail. There was a strange sound coming from this particular bush. It sort of, hummed, to which I thought, this is very unusual and we both best get out of here, quick! Me not wanting to confront the unknown and not wanting my dog to be too inquisitive, and knowing how the mind can work at times like these, all sorts of imaginings race for first place, and it’s always the worst that comes to the forefront! I had no idea as to what was making this sound, for at first I thought, someone was pulling a prank on this unsuspecting man and his dog, but no, there really was something in this bush. I sensed that both of our hearts were beating at a rate faster than Dave Lombardo’s twin bass drums, and getting louder too, but the more I tried pulling the dog away the more he wanted to investigate this phenomenon. “Silly dog”, I thought, he was fearless and putting us both at risk! Typical there not being anyone else here to witness this event, for who would believe me, that’s providing I was to survive this experience. This was an isolated part of the park where you would normally find couples in a passionate embrace on the what was commonly known as Lovers Path that took you to one of the many exits, which I was looking for! It was rather uncommon not to see any other dog walkers at this time.

The evening wasn’t dark enough to instil fear, but it was just my luck that I was the only one passing through and be witness to something that was driving fear through the very fabric of my soul. I don’t know how long we were there, but it seemed like an age. As you know time seems to slow down and you see your life flash in front of you, even though the threat of my extinction was not evident at this time, but fear is irrational! By now my dog, Kramer, who was still barking venomously, and I were perhaps witnesses to something that no one would believe. There was a heat beginning to emanate from this bush and with a soft glow at first that gradually got brighter. “Right”, I said, “Come on Kramer, we are out of here”, but he still wouldn’t budge. “I’m not in the mood for this, and I’m not leaving here without you”! He obviously saw and heard something I couldn’t, you know animals have senses we don’t yet understand. I was now caught between fear and curiosity. A part of me was being drawn to this heat and light, and the other part was saying, “get the hell out of here you silly man, and if the dog wants to stay, then what ever is in that bush can blooming well feed and walk him”! But in saying that, this hum somewhat subsided the closer we got and was now quite gentle, the intensity had diminished. There was some kind of calm, and we both felt less afraid and more curious, and what seemed like an age was literally only a minute or two, for I then had the composure to look at my watch that said, 7 past 8 pm. Dusk was spreading itself against the sky and my thoughts once again turned to, perhaps getting away from this but no. Kramer was no longer barking with such ferocity and started to whimper. There was something calling him as he was really tugging at the lead to get closer, but I wasn’t going to chance it just yet because, you just don’t know. Courage is needed, so I was led by my dog’s example and got closer to what was generating this heat and light. Gingerly we moved closer, and at one point in an empathic moment, looked at one another as if to say “you first, this was your idea, and if anything happens to either of us, well, let’s hope that nothing does”.

I began to question my courage and perhaps caution was more of the order of the day rather than out and out bravery. You know what happens to brave men? Yeah? So we did venture forward, still with much caution and the closer we got, the less it hummed and less light flowed. Seeing that I was the only one with the dexterity to move the rather thick bush aside so as to see what was engaging our curiosity now bordering on stupidity, for we were definitely heading into the unknown, there was a box, say 18 inches square. It had markings on it that I didn’t recognize, it had a blue grey tinge to it that was unlike anything I had ever seen. This must be some kind of government experiment, you know, some clandestine operation? Mind control or some kind of device that monitors human behaviour? I got closer, thinking, was there any kind of radiation pouring from this thing that I would end up dead along with my dog. Our bodies would certainly be found, but there would be such activity that would put this park on the world map. I decided to reach my hand out to touch it, silly really, but I did. It was warm and it began to glow again as though it was responding to my touch and a slight vibration. It then opened up, but from where, I don’t know as there were no signs that it could. No lid, no side panels, nothing, but slowly it did, at an angle, then turning on its side, it then balanced on its corner as though it were giving me a display of its ability. I could not believe my eyes as to what I saw when it lay completely flat, almost submissive. It was absolutely beautiful, I honestly don’t have the vocabulary to describe it. I should have been a poet, then I may have been able to express such beauty that lay before me. All I can say is that I was blessed to be witness to such wonder. I only had my dog to share it with, who sat in silence as we both stared at, whatever it was. It gave me hope. I truly wish you could have seen it, felt it, you would the question man’s petty little squabbles that turn into great big tragedies. You would question your very existence, that now seems so small. All I can say is that it was akin to looking into the face of eternity, only to find yourself staring back at you! I was totally unaware as to how much time had passed, for when I again regained my composure to drag my gaze from this, thing, to look at my watch.

Three days had passed. Yes, three days had passed in what felt like a moment. I felt no hunger or thirst, just? Funny thing is that no one had even noticed I was there. This box, this thing had long since disappeared, but had given me a gift. This is something that we should all have. I do hope that whatever it was will return, one day and perhaps reveal what it was here to do. Will we be ready for it? I am! Did I imagine this? I have no idea as it felt so real. What on earth did I experience that evening? The universe doesn’t give up its secrets so easily.

It’s up to you to believe or, perhaps, not!