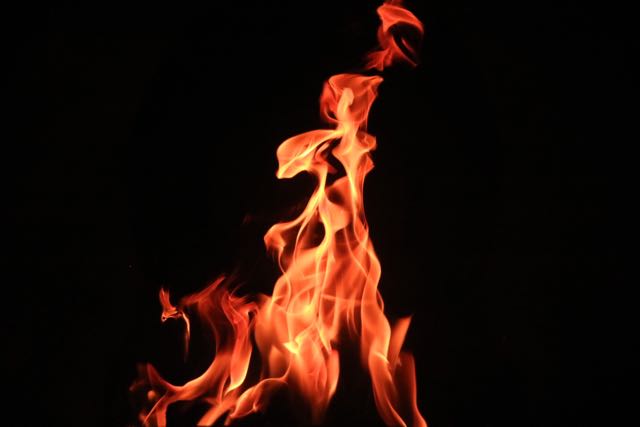 Good day to you one and all. How have you been this week. Good? Then let me begin.

Granny’s Hot Sauce. Do you like it or not? Does it add a bit of spice to your life or are you one of those who say it’s too spicy? Wimps!

My dear grandmother would make a Caribbean hot sauce that the devil himself would run from. I have no idea as to how she did it, but she took that secret with her to her grave! NASA used a thimble full to run the Space Shuttle for a year and Saddam Hussein threatened to drop it on George Bush! WMD’s! Pah! They had nothing on my granny’s hot sauce. I do know of one ingredient she used, and that would be red scotch bonnet peppers. These were cultivated by the inmates at the local asylum for the criminally insane! That’s how hot these things were! I once chopped some up, and then went to use the bathroom before washing my hands! Yep, I can see your eyes beginning to water. It was a sensation that gradually got hotter over a matter of seconds as I stood there wondering as to why my pants were on fire! Well let me tell you this dear chaps, it’s not a mistake I intend on repeating! I screamed blue murder and all I heard was God laughing! I had to bathe my nether regions in some very cold water for a while, and yes, you can stop laughing now! Once the pain had subsided, I had to check that everything was still intact, and luckily I still do have all of my bits where they should be. Phew!

Many years ago, two of my uncles who shall remain nameless to protect the identity of those who would be embarrassed by this event, were invited by my grandmother to my house for dinner, and as typical Caribbean men do, decided to have a contest to see as to whom could eat the most and hottest pepper sauce! “Granny” one said. “Bring your hottest pepper sauce”. To which she replied: “Please be careful with this. It is very hot indeed!” Well my brother, sisters and myself were cowering in the corner of the dining room and couldn’t comprehend what we were hearing for we knew what was about to unfold would change the course of the history of these two unsuspecting gentlemen. We were scared for them as we watched, we couldn’t believe the amount of sauce they were putting on their food! They either had the constitution of an Ox, or had asbestos lined mouths. I tell you what, there isn’t a heat resistant on this planet that I’m aware of that would have saved the mouths of these poor fellows, for as they began to eat they had to divest of a piece of clothing after a couple of mouthfuls. We truly feared for the health of them as the heat began to set in as the evidence of their predicament became very clear! Beads of sweat appeared on their foreheads. Their shirts showed signs of profuse sweating. Heavy breathing and a lot of fidgeting! Neither of them would concede defeat so they carried on. I remember having this vacant look on my face as I could not really understand as to why anybody would put themselves under such intense pain? Anyway, one of the said uncles eventually commented: “Granny, your pepper sauce is hot!” And she replied: “Well I did warn you, and if you can’t hear you will feel!” Go granny!

There are some hot sauces out there that vary in degrees of intensity and only one came close, and that belonged to a Chinese takeaway in Southampton. We were on a Kyrbgrinder gig and decided to get something to eat before the show. Dave was asked if he wanted “A little bit spicy, sir?”. “Yeah go on” he said. Well it nearly blew his head off and I’m sure their wasn’t a taste bud left in his mouth as they were all obliterated!
The moral of this story is if you see a sign that says ‘Keep out’, then you keep out! If you see a sign that says ‘Warning. Granny’s hot pepper sauce’, then buy a one way ticket to Antarctica and wait there till it’s safe to come back! At least the below freezing temperatures will give you some chance of survival if you decide not to take any notice of the previous warning to which I would say “Serves you right!”

It only leaves me to say, thanks granny for some wonderful, if not painful, memories.