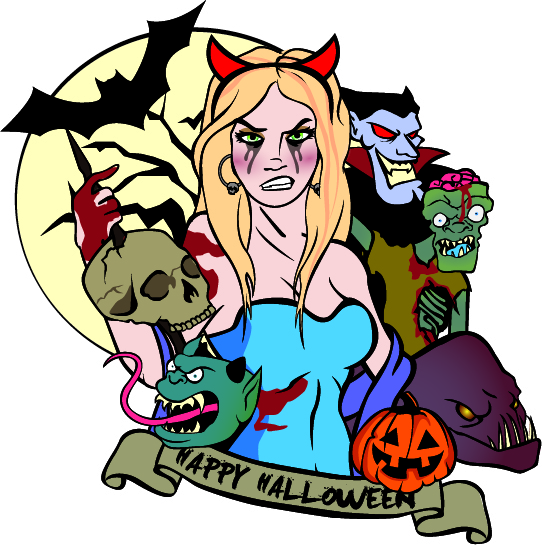 Now I don’t celebrate it, call me an old fuddy duddy, but I do believe that the origins of this somewhat pagan festival have been lost somewhere along the line? It has now become a commercial enterprise and another way to relieve you of your hard earned money. But in saying that, it’s fun for the kids who take the opportunity to dress up and go out to scare the living daylights out of their neighbours and other unsuspecting members of the public who dare to venture out on such a night. Serves you right. Trick or treat? I won’t even cross the street if I see a black cat, or worse still, a witch on a broom….. These days the witches ride vacuum cleaners as they’ve gone up market. It’s great to see the effort being made by those who do go out in costumes and other bits of regalia, but it’s a shame that it only lasts a moment. Maybe Halloween should last a month instead of just a few days, then I believe you would get your money’s worth out of the event. Tell you what though, I’ve seen some people whom you would think it was Halloween all year round, but there you go…..  Many a horror movie has been born from this celebration and to say that many of us have seen at least one or two of the films produced? I can’t take them any more, as there is too much blood and gore. It seems its now about shock tactics and special effects than a good story line, good acting and lots of suspense, but who am I to judge? You would wait and wait for a scene to come to it’s conclusion as you sit in the back row of the cinema, peeping through laced finger whilst holding your breath with a mouth full of popcorn. Then AGHHHHHHH. Nothing.

So go and enjoy the moment and I will leave you with this thought. If you happen to see a witch on a Dyson Vacuum cleaner? Duck!!

Thank you and peace my friends.