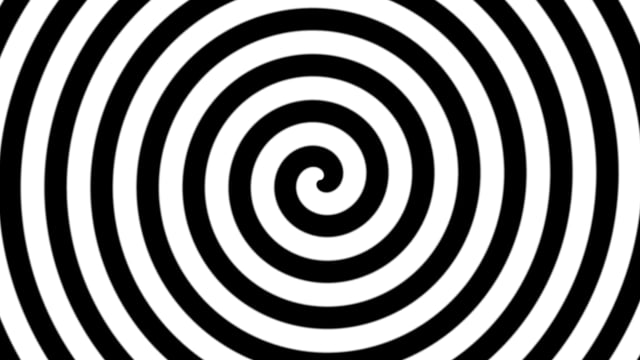 Let’s talk about Hypnosis.
Do you trust it? Do you believe in it? What are your thoughts on the matter? I had a friend who practiced hypnotherapy and I was a test subject. His voice was low and soothing and I ended up falling asleep, to be honest. I then found myself in the middle of Oxford Circus dancing naked and singing Rule Britannia! I’ll never forgive him for that! I was thrown into the back of a paddy wagon and carted off to the nearest funny farm. I have known others who have had this therapy and to some degree it has worked for them. I suppose you have to be in a frame of mind for the suggestion to work for it is about suggestion, is it not? Have any of you out there seen the series Jessica Jones? There was a character called Killgrave. He could make you do anything! Cut off your ear, your tongue. Swallow aviation fuel, you name it! A truly sinister fellow indeed. In reality, would that work? Let’s try, shall we? Hmm, maybe not.

Does hypnosis work long term?
As I said I was a test subject and I fell asleep, does it have long term side effects? I’m not sure it’s a wise thing to be dabbling in the brain matter of another. I’m as mad as a hatter so I suppose that’s why I fell asleep. Truth is I wouldn’t need hypnosis to dance around naked in the middle of Oxford Circus singing Rule Britannia, just a glass of whisky will do it! Lol. I should have perhaps taken more sessions for the effects to really work, but then I have to have some kind of ailment to be needing this hypnosis in the first place. I’m not afraid of spiders or mice or snakes. Tell a lie, I don’t like flying. Then maybe I should perhaps have hypnosis to combat my fear of flying? It’s too expensive, so I’ll have to suffer in silence! Have we not seen the shows where people are hypnotized and the host makes them do all kinds of things for our amusement? As I said I wonder what the long term effects are. What would be the trigger for them to again be under the control of the puppet master? TAKE ME TO YOUR LEADER!

Personally, I wouldn’t want anyone delving inside my thoughts. There is a sign that says NO ENTRY! KEEP OUT!

If you do decide to have this therapy, I suggest you go to someone who has a very good reputation and comes highly recommended by the medical profession. Otherwise you could find yourself in the same funny farm I was thrown into! Lol.