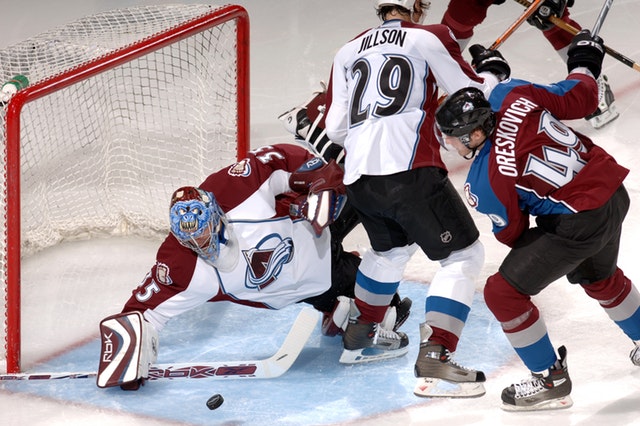 Hello dear people and how are you today?

Well, then let me begin.

Ice Hockey. Now I’m sure I’ve covered this topic before, so for those of you who do not wish to hear me rabbit on about my favourite sport, then please stop reading now!

Once upon a time I did play this game.
And let me tell you that the skill levels required to at least stay on your feet are just outrageous!
Number 1. Stay on your feet. Number 2. Don’t look at the puck as some 300 kilo, 2 meters 10 lump is going to send you into oblivion, 1st class and no return. Skating becomes secondary and your stick handling and vision take over. I could go on and on and on, but I’ll give you the edited version. When you think of the equipment needed to protect yourself, helmet, gloves, pads, visor, nut box (essential, you don’t want a puck hitting you in the unmentionables!), skates, sticks and other gumph that can become very personal that I won’t go into, you then become a weapon and the hits you give and receive will determine how long you can stay on the ice. All of these things can cost a fair amount of money, especially skates, so I won’t tell you how much I paid for mine! Anyway, if any of you out there have ever watched or tried to watch the game played you’ll find yourself trying to locate the puck, and seeing as it’s the fastest team sport on the planet you may well get a neck ache in doing so. It is a high velocity contact game, so tempers can be frayed and the slightest infraction can lead to all-out war, to which you can either get a game ban or spend two minutes in the sin bin, depending on the gravity of the offence. Once the gloves are dropped and the sleeves rolled up, then take your bets and may the best man win, but more often than not when the combatants fall to the ice, the refs then step in to stop any further injury to the players.

I once went to a boxing match and a hockey game broke out.
Go figure? It has some incredible characters and of course players of which my favourite has to be Pavel Bure. Now someone out there may well be sick of that name by now as I would talk about him often. More than they would like, but they no longer have to listen to me rabbit on about his wonderful skills. I must say though that at his best he was unplayable, he was the Russian Rocket. It would have been illegal for anyone to move that quick on the ice as he would have been fined for speeding in any other sport! Sydney Crosby, Patrick Kane, Sergei Federov, Marion Gaborik, Alexi Kovalev to name a few have graced the ice with such ease that you would believe they could skate before they could walk.
They all dream of winning the Stanley Cup which is ice hockey’s equivalent of the world cup to which many of the greatest players have never managed to raise. Being good doesn’t give you the passport to success, so I guess it’s a combination of having the right chemistry of players and luck of the draw for you can only beat the team you’re playing and unfortunately sometimes your best isn’t good enough!

I do support the Detroit Red Wings.
Who haven’t done particularly well this season, but then some of those players earn more in a week than I’ll earn in 10 lifetimes, so I don’t feel too disappointed for them. Just go home and relax in your 8 bedroom mansion, why don’t you? Cool, only if I had one, but then, who would do the cleaning?I could go on into the technical side of the game, but I think you’ve had enough by now, but let me say this in closing. For me, it’s the greatest team sport ever played and will continue to be my most favourite sport of all, and trust me, I have played a few sports in my time, and I have the battle scars to prove it!