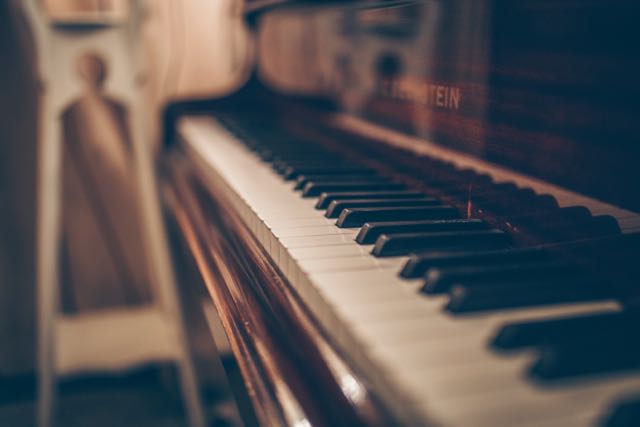 Hi there my good friends and hope that you’ve all had a good week? Then let me begin.

Instruments I’d like to learn to play. Definitely the piano which I was learning but I gave it up to play drums when in actual fact, I should have played both. I was taking lessons from a lovely old lady who happened to be a good friend of my mother and she was of course the church organist who went by the name of Mrs Barker. There I’d go on a Wednesday evening for an hour and tinkle away and do a couple of duets. It wasn’t particularly inspiring hence I gradually went less and less. I would love to learn to play again. Not that I could play in the first place, but it would be good. So if there are any half decent piano teachers out there who would be willing to take on an old git like me, then you know where I am.

The other instrument I’d love to learn is the cello. Yes, it’s said it’s the closest thing to a human voice. I must say that I’d have to agree! I had the opportunity to play one that belonged to a friend and I enjoyed it very much. Also there was a cello teacher at one of the schools I was working at who said that I couldn’t play left handed as it would go in the opposite direction to the rest of the orchestra. I told her I had no intention of playing in an orchestra and that she should let my dominant side lead. It was great fun and I was finding the notes, and in spite of everything being the wrong way round, I was getting there. It is a beautiful instrument and one can easily get lost in its tone, so Pablo Casals, here I come! When played right they can take on a spiritual dimension as any instrument can, but that can take years of practise and unfortunately I have more past than future, but that doesn’t mean I shouldn’t give it a go. Now all I have to do is find someone who would be willing to teach me, that’s providing they don’t ask me to play right handed! Also, as I previously said, I have no intention or desire of playing in an orchestra!

Everyone plays guitar, so I taught myself, but as I’m, yes left handed, I just turned the thing upside down and played away. Trust me, Hendrix I am not. I guess it may well be easier for a teacher as I would be a mirror image. I could, I suppose, hijack one of the guitar teachers at school, of which there are a few, into giving me some tips to be getting on with. There are a host of other instruments, but I won’t bore you with details, so for now I’ll stick with the drums, and there is nowhere else I’d like to be at this moment in time.

What ever it is that you’d like to learn, I’d suggest you get on with it and enjoy every moment. Moments are what we live for, and life can get in the way of living, so think of the fun you will have, and what better way to express oneself?