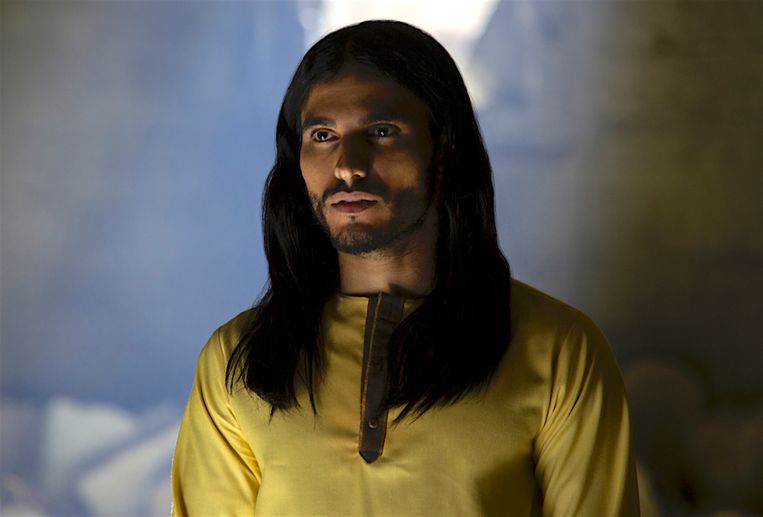 Mine was, well put it this way, I’m glad it’s over, but then, I’m wishing my life away, as some of us do.

Anyway, my latest Netflix binge watch has been, wait for it, Messiah.
Have any of you seen it? I watched the whole of season one in a day. Not that I don’t have anything to do of course, but I just found it so gripping that I couldn’t stop. The title speaks for itself really, but I would suggest that you see it for yourself. As much as I would like to tell you all about it, I do feel that I may prejudice your opinion, and I don’t want to do that just in case I start getting hate mail and death threats! Nothing new there, but I really don’t need to be inundated with any more, but I will say that it is highly and I do mean HIGHLY recommended! Okay, I’ll give you just a little snippet. Just think of a modern day Jesus, if he were to arrive here on earth this day, would you believe? If he performed miracles, would you believe him? I would suggest that he would come under suspicion from all the clandestine agencies under the stars and also been thrown into a hospital for the highly and criminally insane. He would be given so much medication that the doctors themselves would lose track as to what they have given him and thus be, Zombie’d out, so to speak! Psych evaluations would be carried out and the conclusion would be, “he’s a nutter, a fruit cake and out of his tiny little mind!”

He would be called a fraud and background checks would be carried out to discredit him!
Then the propaganda machine will whir into action and all hell will break loose for the bigger the lie you tell, the easier it is to believe! The whole world is now divided into those who believe and those who don’t, you choose. This was a title that was bestowed upon him by others that he didn’t ask for and he never called himself such! Funny, he who comes to save mankind would be killed by the very ones he had come to save. The irony is invaluable, for no good deed ever goes unpunished. The truth is, if I were Jesus, I would not redeem the sins of mankind!