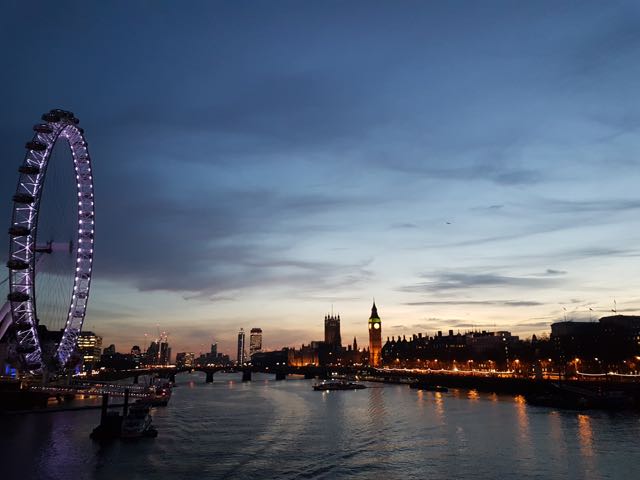 Hello there my dear friends and I do hope you’ve all had a good week and here’s to surviving the next.

Anyway, welcome to my city: London.
I have lived here all my life and if any of you have been here, you know what to expect. There have been many changes over the years, but the more things change the more they stay the same. The demographics have changed drastically as one group of people moves out, another moves in and consequently 1 in 4 people living in London are not native born, so give that some thought? It is a city that never sleeps, but once upon a time it did. Now anything you desire is at your fingertips 24/7. Shame really, as it means temptation is far too great and you can find yourself in some very deep water! It’s like the Leo Sayer song ,,One Man Band”, you’ve got to have eyes in your feet or you may find yourself in the back of an ambulance! The noise is constant with no respite, but in spite of that you can find little pockets that become an oasis in this metropolis.

There is so much to do and see as its history is rich. I only discovered how little I knew of London until I became a courier. I then discovered parts that I never knew existed and how much more there was to investigate. Of course there are some parts that I would leave to its destiny, so for those of you who wish to venture into these parts, then be my guest and you have my sympathy. Isn’t it strange though; those who live here seem to know less than tourists, and that’s because they don’t feel the need to go and see what’s on their doorstep. Complacency sets in and it’s all taken for granted. I know a dear lady who is the CEO of the Vegan Drummer Rescue Service who has more than likely forgotten the places I’ll never visit. A real traveller and explorer. I suppose that if I ever need to gather any info on a particular place, I can just ask her, ha ha.

Unfortunately a lot of music venues have been closed and only mid to high level venues exist now, which means that newly formed bands don’t have much chance of getting off the ground. Multiplex cinemas and shopping centres are squeezing individual traders into oblivion, and it’s basically becoming so expensive that you’ll have to be a multi-millionaire just to afford the permit to park your car! It’s become very congested and parking is so difficult that you best leave your car at home and take public transportation, which I must say is more than likely the best in the world. There are now congestion and ULEZ charges, which means you will pay a fee just to drive into the city! Central London will one day become a pedestrian zone as the mayor would like to lower the emissions so that people can actually breathe the air without going home with their lungs full of smog!

I wasn’t going to ointment a glamorous picture of this city as it’s like all cities around the world, and only the language is different. They can be very lonely places, but in spite of that, London is a great city and that is why so many people from all over the world gravitate to it. Me, having lived here for so long, have seen so many things come and go that no matter what changes may occur, it will always be the same.