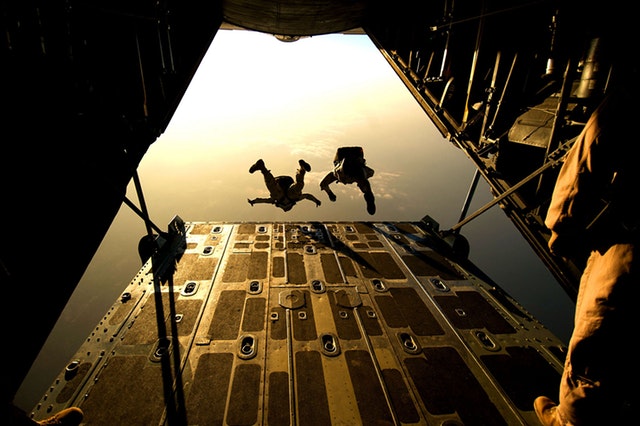 Oh. Good day to you all.

Now this is very personal.

My epic failures.
Do I have any? Apart from the usual that we can all identify with, you know, perhaps failing an exam at school or your driving test. I remember the first time I tried to do a drum solo, seeing as it was part of the arrangement in a composition, there were certain fills I had set in sequence. I must say, this was a very long time ago when I was playing in a band called Freehand. We were a three piece band. Yes, another trio. Anyway, the unfortunate thing was, we were around the same time as The Police, and the other failing was, we were an all-black rock trio! Doomed to fail! So this composition I’m to take my solo in, well, I messed up good and proper as I forgot the sequence of fills I had in place, so I had to improvise. Luckily no one in the crowd knew what was going on, only the other two members of the band. AAGGHHH, I thought to myself, and unfortunately you don’t get the opportunity to go back and correct your mistakes, just move on forward! Art Blakey, a wonderful jazz drummer back in the day said “If you’re gonna make a mistake, make a big one”. And so say all of us.

I remember the first time I tried to bake bread.
Under my mother’s supervision of course, I put all the ingredients in the right order, put it in the oven at the correct temperature, left it in there for the right amount of time, and hey presto, it came out like a brick! I think Barrett Homes would have been proud of my brick making skills, as long as you didn’t try to eat them! Well, I was 8 or 9 at the time, so I can be forgiven, I hope. I was broken hearted as I had such high expectations of the result! Let that be a lesson. Keep your expectations low, and you’ll never be disappointed! Failures, mistakes, what ever you wish to call them are a part of growth, are they not? You know the song, If you Get It Wrong You’ll Get It Right Next Time, by Gerry Rafferty. Luckily I never failed my bike or driving test, and what does failure actually mean? For me, it says you’ll get another chance to succeed. We have a fear of failure, in what ever capacity it may be in, is it that we have the desire not to disappoint others and to be seen as a winner? You tell me!

I would be really fearful if my parachute faltered at 15.000 feet.
Now that would be an epic failure, and a fatal one too! Or the breaks on my motorcycle decided not to function, riding at 300 KMH, that too would be an epic and fatal failure. Now luckily, I haven’t done either of the two just mentioned, I’m not that brave!
I’m not sure I have had any true failures. Maybe losing a game of football that we should have won, but nothing that’s going to be life changing! You make a mistake or fail today, you can always make a bigger mistake or failure tomorrow! As long as we don’t keep failing then the possibilities are endless. So here’s to failure, because you will definitely not fail the next time round. And what doesn’t kill you, will only make you stronger!