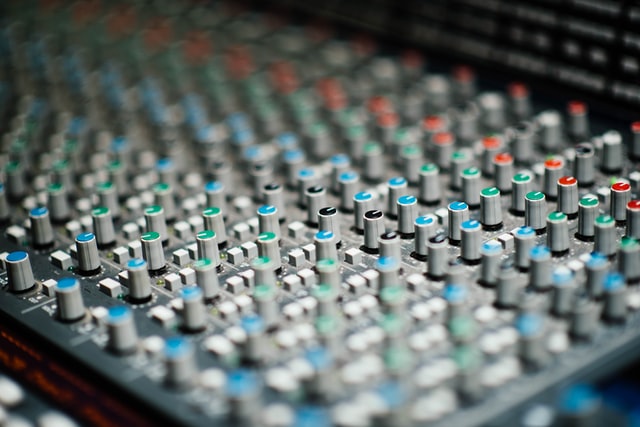 Good day dear people. Are you enjoying yet another spate of self-incarceration? Good, then I hope the insanity doesn’t set in too quickly!

Now my favourite producers. I can tell you there are many and seeing that I have no wish to bore you, I’m going to name just four that I think are worthy of being mentioned in this column. There’s no particular order just as I place them.

Nile Rodgers. If you know of him, he was in the band Chicago. Yes, and he played guitar. There you go. But he’s more than likely to be remembered for producing the David Bowie album `Let’s Dance’, which also features one my favourite drummers of all time, Omar Hakim. There are some other great musicians on that album, like Stevie Ray Vaughan (guitar) who passed away some years ago. It’s a brilliant album indeed from top to bottom, and being a drummer, as long as the drum sound is good then that’s cool with me. He also produced the Duran Duran album `Notorious’ on which he also played guitar on the title track. He did The Thompson Twins and many others. Thanks Mr Rodgers.

Bob Rock. He has a list of albums that reads like a who’s who on a wish list for Father Christmas! It includes Bon Jovi, Joan Jett And The Blackhearts, The Cult, David Lee Roth, Loverboy, Blue Murder and Metallica to name a few. What more can you say as I think that list speaks for itself. In my mind, he has to be the number one rock producer of all time. You may disagree, as it’s only my opinion and you may have someone else in mind, please let me know. Cool Mr Rock.

Butch Vig. Smashing Pumpkins, Garbage, Nirvana and a host of others. I really liked the work he did with none other than Nirvana. I remember watching a documentary on Mr Cobain, which I must say was very interesting indeed. They interviewed his mother who said that Kurt had played her ,,Smells Like Teen Spirit’’, to which she told him that he wasn’t ready for what was to happen next! Well, the rest as they say is history. Mr Vig has a particular style and sound as they all do. It’s like a signature. You can always hear that’s a Butch Vig production.

Now my last is someone whom I’ve had the pleasure of working with. Karl Groom of Threshold fame. I must say that we have a lot of fun recording albums at Thin Ice, and the list is quite long. Anyway, he’s extremely easy to work with and always gets a good drum sound. You’ve heard the production on the albums and I’d put him alongside the others I’ve mentioned. You may say I’m being biased, well I am. He has also produced two of the three Kyrbgrinder albums of which he is most famous for as the albums went treble platinum, or was it brass, or was it wood? Anyway, he has done a sterling job over the years for both Threshold and Kyrbgrinder and all the others he’s done. Watching him work I ask myself, how did you know how to do that? It doesn’t exist in my imagination, and what he doesn’t know, isn’t worth knowing. He’s also a good friend. Thanks Karl for all you’ve done over the years, and here’s to the years to come. Providing we get through this madness? LOL.

Well, those are some of my favourite producers and as I said if you have any others in mind, please let me know.

Thanks for listening and stay healthy.