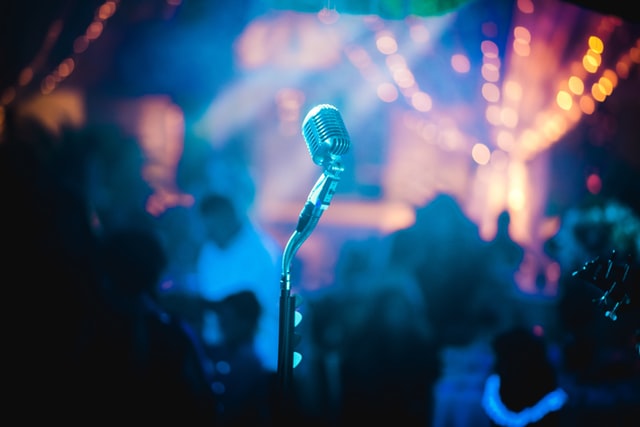 Hello there my good friends and how are you on this sunny day? How is the lockdown treating you?

Anyway, do any of you out there like karaoke? There are so many songs that have now reached those machines and have a multitude of young and old buds singing their hearts out to their favourite bands. Here are three of my top tunes that I would happily sing along to.

Coming in at number three is Dancing Queen by ABBA. To be honest, love them or hate them, you have to admit they have written some great songs over the years and have left an indelible mark on pop society. Lovely, easy to remember melodies that will stand the test of time. Generations will come and go and will be introduced to this Swedish quartet. Long live ABBA.

Coming in at number two is Seven Nation Army by the White Stripes. This riff is so simple, but so effective that I have heard crowds at football matches singing it. It has become an anthem that is in fact a stroke of genius in its simplicity. Another song that will stand the test of time, but I ask myself, where are the White Stripes? They haven’t lived out their fame as yet, have they? Funny how you reach a pinnacle and then the only way is down, or is it, it has been a while, and it would be nice to hear from then again at some point in the future. Thanks guys.

And coming in at number one. Now remember, these are my top three, anyone can have an opinion and even though it may be meaningless to someone else, so be it. I can hear others out there saying, no no no! Anyway, my number one is Living On A Prayer by the one and only Bon Jovi. I’m not sure how he reaches those notes in the chorus, I can only imagine that someone has hold of his particulars and are threatening to squeeze them even harder! I only prayed that no one would squeeze so hard that his gender had to be reassigned. A great song indeed. They sold millions of albums, toured the world numerous times and have made enough money to buy Jupiter as a second home!

I don’t know what your top three would be, but these mine and how you get from Bon Jovi to ABBA is anybody’s guess. Enjoy and thanks for listening.