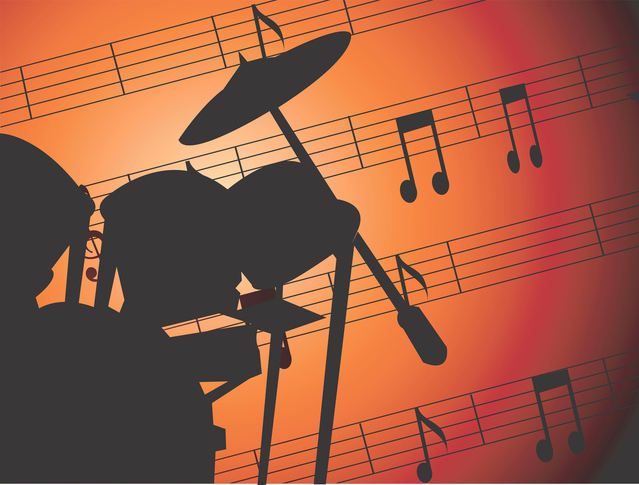 Hi there and how are you all this week?

Let’s talk about polyrhythm.
And for all of you non-drummers out there, it’s when someone like me plays more than one rhythm at a time. How, you ask? Well, you have to separate your brain into compartments that allow you to do these complicated things. I think? In theory it should be easier for the female of the species, as they can multitask far better than we can, and I did say in theory! Being able to coordinate one’s four limbs in conjunction with what ever it is one is playing and stay in time is a gift in itself, but when you consider that the drum kit is a relatively recent invention (I digress) for if you have ever seen a marching band you will notice that there are three people playing what one person does now. The snare drum was the instrument to march soldiers into war! Hmm, not my idea of a gig, but there you go. And the bass drum was worn over the shoulders and last but not least was the man or woman, for we are living in a democracy with equal opportunities for all, playing the hand held cymbals. Now as I mentioned before, one person is in control of the three parts. Tom toms, and I do mean the drum and not the Sat Nav, came later on and what drummers are doing now, and not to be insulting, is a circus act. Juggling multiple rhythms is no mean feat and if you watch a master at work, it’s nothing less than magical.

I have been asked on many occasions, how on earth do you do that?
Well, one is having the ability to do so and the other you cannot define. What defines ability? Why is it that I can and you can’t, when we are all given the same attributes? You know, arms, legs, heads, hands and feet, I hope? If you have ever listened to African, Brazilian or Cuban music you will notice how polyrhythmical they are and if you have any blood running through your veins you won’t be able to keep still, and if you do then you’re dead from the neck down! They are the most polyrhythmic styles of music I have ever come across and had the privilege of playing, sometimes I had to ask myself where’s the one? Rhythms going left, right and across each other and you don’t know what to listen to, but it all comes together in a big boom of sound and somewhere along the line you become accustomed and you develop the sense of what, when and where to play. But we must remember that these styles of music don’t conform to western rules. Beautiful to say the least. No, polyrhythms don’t only apply to the drum kit as they are everywhere. I hear them when I start the engine of my car and when listening to the birdsong first thing in the morning, the washing machine, the tumble dryer. Everything has a rhythm. The way we walk, talk, eat, sleep, breathe. You only have to know what to listen for and then you’ll find your own rhythm. Polyrhythm. It’s all around us. Can you hear it?