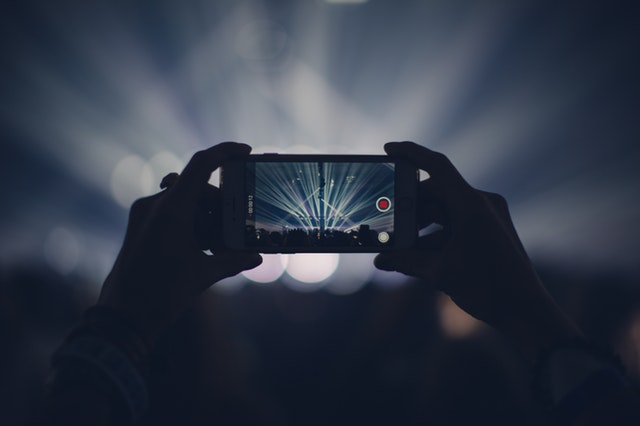 As a music journalist and photographer these are challenging times defining quality and upholding your position in today’s market. Regular magazines falling prey to the immensely expanding pool of webzines, and it also brings in new photographers by the dozen. Literally everyone with an interest in music and who is able to hold a camera, or recently purchased one, is prowling for your position. There’s quality in between, let’s not neglect that. But overall; it is devastatingly poor.

More than once I stood on the verge of tossing my gear and calling it quits.
Not only because there’s so many of us nowadays, mainly because it all gets from bad to worse. Being limited to your photo slot of 3 songs you have to be focussed and in focus. Bands [except for a happy few] don’t even bother photographers in the photo pit have to make a living. Limitations apply to the full setting of the show, which starts to evolve as the journalists have left their spot. Pyros shoot flames sky-high and fireworks start exploding once you leave. The lightning rig suddenly takes shape and there’s kilowatts more lights flashing overhead. While you head out of the pit, all too frequently with blunt force, you count your loss and check if there are a few great shots in between. Hell, I don’t even check anymore, I’ll see what’s on there when I reach home. Not enthused or excited like I used to be.

What’s depicted above is your lucky [and most regular] experience.
Today you don’t have to be surprised if more limitations apply, leading back to the Ozzy Osbourne and Guns ‘N Roses days with contracts and restrictions pumped up your ass. Those days, when you had to e-mail your pictures to the management for approval [Ozzy], or when you had to shoot from the back of the arena or stadium. Your expensive glassware being tested, it was all the better to ban and leave.
It’s however those ancient times reoccurring in today’s music all over. Managers don’t allow photographers to shoot their pictures front stage, but rather from the side. Mötley Crüe’s gig at Hellfest was only to be shot from the back of the field and Bonamassa had photographers nested on the side of the stage, 25 meters away from the action. It’s almost impossible to capture the true face-to-face energy of a band performing. This all happens while spectators in the audience film the entire concert with their iPad or iPhone in crisp HD quality, and lots of people in the audience use their mirrorless top notch camera to shoot images of the entire show. 90-120 minutes of coverage to select a good shot from. 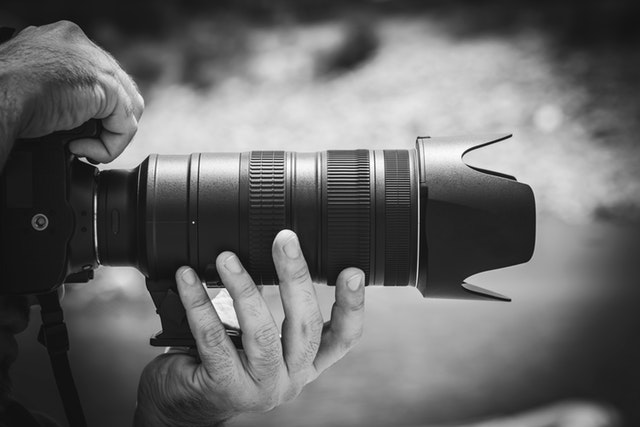 Mirrorless cameras with top-notch sensors and glassware lenses are gaining terrain and are becoming the new standard.
And let’s not forget the quality of cell phones like the newest Sony or the Samsung S7 and S8, able to outshoot a medium range DSLR. Its quality in dark surroundings is impressive and if I’m not tossing my expensive gear for the current limitations, I might as well do so to get my hands on a high quality cell phone.
If you’re devoted to stand front stage row 1-5, you’ll be able to get shots of the full show and likely the excitement of the closers and encores. You only need a good cell phone or a new compact camera to capture the magic. Anyone is able to shoot pictures and I understand magazines prefer a free concert shot from a reader to one they have to dig in for recouping the costs of a pro-shooter. More and more pictures are provided to magazines and bands for free by enthusiasts making it harder to make a living for pros. Sure, there are still bands raving about your pro-shot footage. Bands are willing to feature your pictures for promo or publications. But when there’s a price tag called, management and musicians suddenly drop their interest. They suddenly prefer the freebees over the pro shot footage. I can’t blame them to be honest.

But it strikes me to hear those same musicians and managers complain about fans and audiences downloading their music for free!
Yep, it’s a good time to call it quits…. Just like I previously mentioned. Thus I resign and only shoot the gigs I personally like, not stretching myself to the limit to get accredited, nor do I tend top lease anyone with my work.
Simply shoot what I like and enjoy the bands I love. Beer in my hand and nodding to hymns in between an enthusiastic audience of fans. Discarding the sea of screens overhead and not caring about all the idiots filming the exact same thing that will be shared on YouTube the next day…. By the thousands.

Live in the moment and enjoy the freakin’ gig, is that so hard?!