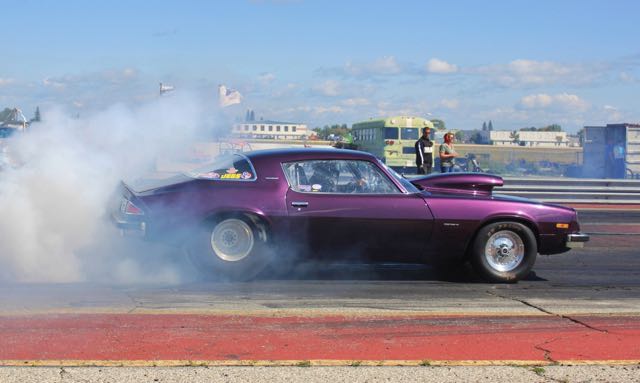 Hi there my dear friends and how are you this week?

If you go down to Chelsea Bridge and the Kings Road on the first or last Friday or Saturday of every month, depending, and bringing the bridge to a virtual standstill, you’ll see some of the most beautiful machines you can imagine, in all shapes and sizes. These enthusiasts have spent a hell of a lot of money on having these works of art, and that is what they are, works of art on wheels that are priceless to the owner. And then, they rev their engines to which everyone cries out, RUBBER, and off they go. It’s the one time that the police won’t stop them for speeding and in fact you’ll see them admiring the cars themselves. I should know, for my dear brother has one himself. It took him 18 years to build and what a beauty it is! The thousands he has put into this project has been astounding to say the least, and now this car is worth more than you can imagine, or put it this way, if he sold it he’d could buy himself a small island in the Caribbean and retire with a string of beautiful young ladies feeding him grapes by the hour. I won’t disclose what the car is worth as you’ll all agree and then bombard his paradise in the sun, to which he won’t be too pleased!

When you leave Chelsea Bridge with a nose full of high-octane fuel and decibeled ears, you’ll remember the next time to take some earplugs and a gas mask! I myself couldn’t spend that much time or money on a project like that as I don’t have my bro’s passion for classic street racing cars, plus I couldn’t get my drums in one, so I’ll stick to my Citroen Xara Picasso. I also wouldn’t be able to afford the fuel on a 5.3 litre engine, so I shall say it again, I’ll stick to my Citroen.

There are street car races all over the world and most of them illegal as you can get a hefty fine and even lose your license for modifying the engine and chassis and not inform your insurance company, who will more than likely not insure a car of that nature. Hence there are special companies to accommodate you in that capacity. I’d really like to see how they do it in the USA as they have the roads for it over there, and trust me, they know how to boost cars and the most innocuous looking motors will leave you standing at the lights in a cloud of smoke and rubber. One of my favourite cars to turn into a monster is a Morris Minor. You can do so much with them and I have been lucky to have seen a few that I wouldn’t mind purchasing myself, if only Threshold would pay me more, but that’s another story. Lol. It would also make a great getaway car. The coppers wouldn’t see me for the dust I’d leave them coughing in, but that is also another story. You can race anything these days as the technology is such that cars are capable of such speeds that you wouldn’t need to boost the engine, just get in it and go, just don’t get caught! If you had a choice of car to race, what would it be? Production motors are so quick, quicker than a thief out of a jewellery store! I still prefer two wheeled racing, but each to his own. If I had a choice, it would have to be a Porsche 911 Turbo. My nephew once had a luxury car rental service, and he had a 911 Carrera in his fleet, in which he let me have a spin. When I got in the beast I realised there was very little in it. Just a speedo, rev counter and a gear stick, bucket seats. And it then struck me that this car was a dedicated racer, and all the unnecessary appendages were removed, making the monster even lighter. As I put my foot on the pedal, the engine roared and I was pinned to the seat, I had a huge grin on my face as the handling was immense. It was glued to the tarmac, and on my return I said to him, how much? I want one. £24.000 to you uncle, he answered. Lol. Still can’t get my drums in it, but that’s what tow bars and trailers are for, right? Can you imagine, a Porsche pulling a trailer full of drums? Well, I did see an elephant on a surfboard, so I guess that wouldn’t be too out of place?

So for those of you who have lead in your right foot, then I wish you well as you all have a head for speed that I no longer do, plus I can’t afford to lose my license as the Vegan & Drum Rescue Service wouldn’t be too pleased, and I’d have a lot answer for. All you street racers out there, race with pride, race with speed and of course, race with care.