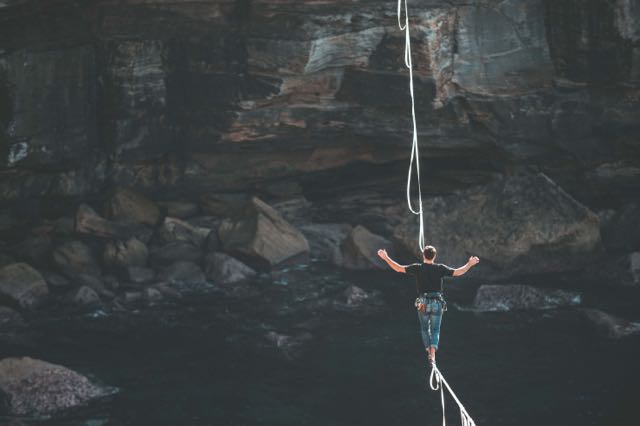 Good day to you dear people and how was your week? I do hope it was productive?

Okay, then let’s talk about Taking A Risk. Now I’ve taken more risks than I care to remember. Every time I got onto my motorcycle or boarded a plane I said to myself, “It’s a good day to die”. “Is this my last day on earth?” Risks obviously don’t have to have tragic consequences. For instance, starting your own business is taking a risk as no one knows what the future will bring, it may fail, what do you do then?

A guy I played in a band with had so many women on the go, he didn’t know what day of the week he was seeing which ever girl he was seeing at the time. He most definitely took a risk, I doubt that we would even have found his DNA had he gotten caught, those ladies would have collaborated and buried him so deep that not even God would have found him, to judge him! I once asked, “How do you do it, and why”? To which he replied, “I’m bored” To which I replied, “Then maybe you should try carpentry”? He obviously didn’t take me up on my offer as he has now left the country and his location is unknown. I would imagine that there are some rather disgruntled husbands and boyfriends searching for his whereabouts.

One is at risk the moment one leaves one’s house, but in saying that we take for granted on a daily basis those risks we take, but it’s those we take consciously that we concentrate on. As mentioned before they don’t have to have a negative outcome. For instance me writing these columns was a risk in itself, for when I first started I thought to myself, this could fall flat on its face, but here I am. I don’t even know as to how many years I’ve been doing this, but long may it last.

The fear of failure is always in the back of one’s mind, is it not? He who never made a mistake never made anything. If you fail then the next time, fail better. He who dares wins. These are some of the cliché’s we hear, but so many of our dramas are based on fear, and in that fear we are willing to let our ambitions slide into oblivion. It’s easier to do nothing than to try and not succeed. Well, that’s what I said to myself when I was going to rob the bank. What if I get caught? It’s not the police or even the fact that I may even face a judge who would say that my actions warrant a custodial sentence, it’s my wife! All hell would break loose and the consequences of my actions would mean that the powers that be would have to move me out of the country to an undisclosed location, and most likely the same location that the guy I played in a bind with is hiding. We could compare notes as I haven’t seen him for a number of years.

Ask yourself, what is there to fear in taking a risk? If it’s not going to cost you your life or liberty then go ahead. Joseph Kittenger took a huge risk. He jumped from a high altitude balloon from 20 miles up. I’m afraid of heights so leave me out of that one. He said it put a whole new perspective on his outlook on life, and how truly petty man’s squabbles are! I wouldn’t jump out of the bath let alone a high altitude balloon. But this record was beaten by Felix Baumgartner who jumped from 24 miles up! Why? Because he could and did for the shear hell of it. Those are the only 2 people on this planet as far as I’m aware that have taken a risk to a level that did not exist in my imagination, until it did!
Moto GP, F1, Rally Car, Downhill Skiing, Ice Hockey, you name it, all have an element of risk, and this is a conscious decision made on a daily basis.

But whatever you do in life, life is for living, and if you have a fear of living, then I suggest that you stay in bed, and die of boredom.

Thanks for listening and have a good week.