THE BEATLES VS THE ROLLING STONES 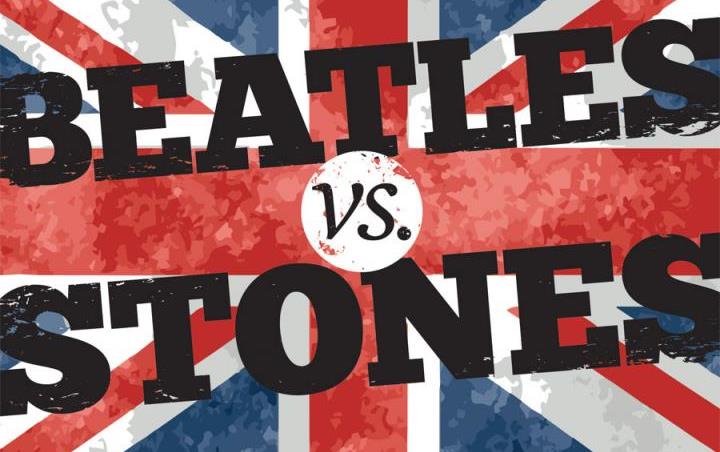 THE BEATLES VS THE ROLLING STONES

Hello there, my friends.

The Beatles or The Rolling Stones?
Well, let’s say they both have their adoring fans. The Beatles were a phenomenon never to be repeated. Not in our lifetime anyway, unless you consider One Direction to be of any comparison. Not! The Rolling Stones on the other hand were the bad boys of rock & roll so to speak, and both have written some memorable songs. The Stones are still going even at the ripe age of …? I dare not guess how old they are, but I imagine they were around when Noah built the ark. Needless to say two of The Beatles have long since departed from this mortal coil and were of great loss and may they rest in peace. What was my favourite song from either band? From The Beatles it has to be ,,Fixing A Hole’’ from the `Sergeant Peppers’ album and The Stones would be ,,Undercover Of The Night’’ from the `Forty Licks’ album. Both have gone beyond band status to become not only an industry but part of our popular culture. This isn’t really about competition, but personal preference. I once went to see The Stones at Wembley Stadium some years ago as a dear friend of mine was singing backing vocals for them. I got the opportunity to meet Mr Richards, Wood and Jagger. They were all very nice and pleasant and seemed to be chilled playing pool. They had nothing to prove or impress as they had seen and done it many times before! It’s a shame I never got to see The Beatles. They never stayed together long enough, and longevity in this industry is fast becoming a rare commodity. We are here today and gone by the end of the week; next please! Seeing live footage of The Beatles was a revelation as they were accomplished musicians. Well, if you consider that they would play twice a day for some years it was inevitable that they would. Also having to leave Britain for foreign shores (Germany) proves again that you have to leave here to be reclaimed by the same people who didn’t want you to begin with. Hm? They both have influenced so many bands that counting the stars in the universe would be an easier task to engage in. Whomever you prefer they have both made a lasting impression on the world of music and as long as the world of music survives, they will be remembered. I prefer The Beatles, they were a little more melodic for me. But The Stones were very entertaining.