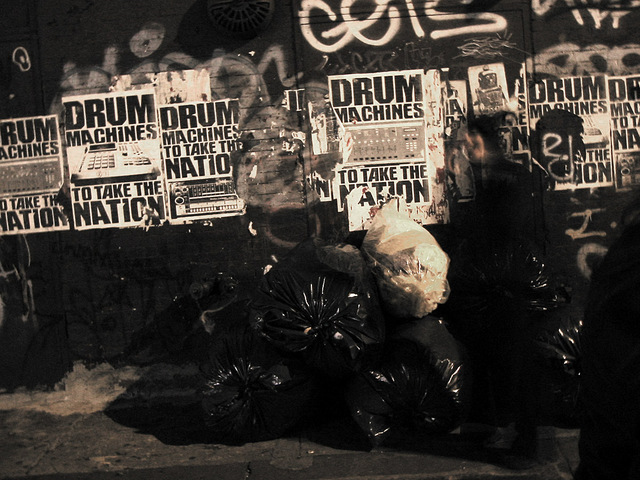 Is this a drummer’s worst nightmare or best friend? I find them useful as we have all heard the drummer jokes. What do you call a drummer without a girlfriend? Homeless. What’s the difference between a drum machine and a drummer? You only have to punch the information into a machine once! Blah blah blah. Anyway, these items have evolved over the years to the point where you can no longer tell if it is human or a machine playing. The earlier models were obvious but now, wow wee! I like working alongside them. They are great timekeepers as you know and can hold things together. We can use them as well as and not instead of in some cases, but if you’re looking for simplicity it’s now quite acceptable for them to be used in live performances. I guess my services will no longer be required by Threshold, so anyone reading this column, I do hope you will remember me fondly.
Moving on. My question is, how many people out there are using them in home studios? Thousands I would say, and because they are so user friendly they are an asset to many. It’s far easier than having a Neanderthal drag loads of gear into your front room, then to have you move out all your furniture to accommodate the amount of hardware and other stuff, then have the neighbours complain about the noise! You can’t win, so buy a drum machine. I am unfamiliar with the make and models that are now available to you up and coming producers, so I would say that you’ve done your homework.
In closing, as I could go on but want to keep your attention, there is no replacing a drummer for a machine for they are not spontaneous. You can’t make fun of them and most of all, who wants to turn around on stage and look at a little black box?Answers on a postcard please.