THE FUN PART OF BEING A DRUMMER 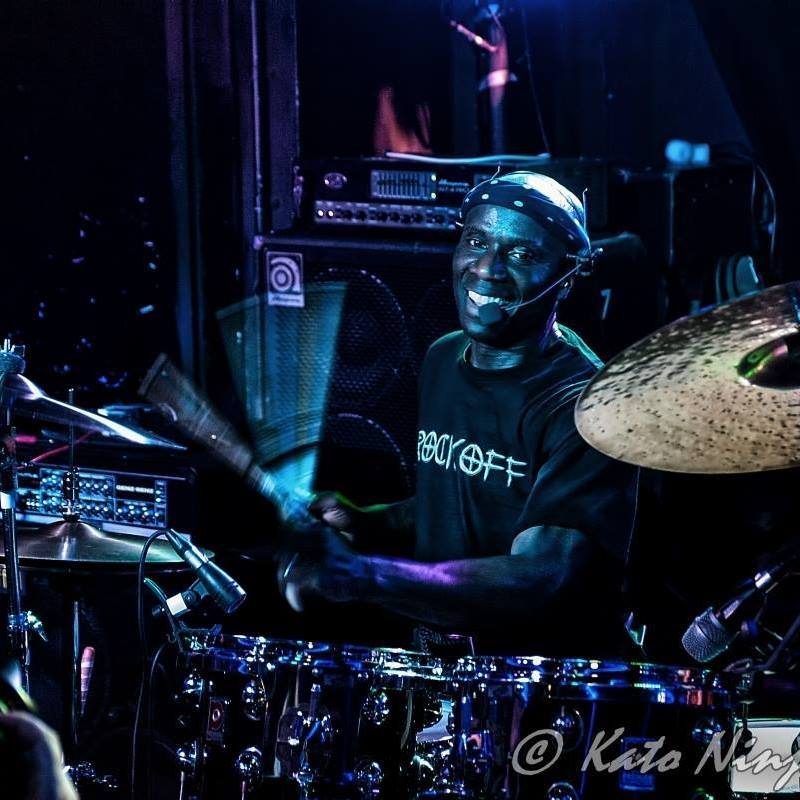 THE FUN PART OF BEING A DRUMMER

Hi there, my friends and hope all is well.

The fun part of being a drummer?
Truth be told I didn’t know there was one. If anybody out there knows what it is can you please inform me as to what it is? I thank you! You have all those heavy cases to cart about and more often than not the guitar and bass players are far too busy with their own fiddly bits of this and that to even consider helping you. Consequently you’re the last to set up and tear down at the end of the night! Everyone else is at the bar getting drunk and talking to the most beautiful women and we, drummers that is, are left to mop the stage! I don’t see much fun in that! Then more often than not we have to then lug all of that gear into the back of an estate car that is usually falling to bits because you’d rather spend £4.000.00 on a kit to put into a £100.00 car to travel 300 miles to do a £30.00 gig! Go figure! I don’t see much fun in that! Then when you get home you have to then take all that gear out of the car and into your top floor flat which is no bigger than a dog’s kennel and not only waking your girlfriend who has to be up early in the morning to get to work, plus you’re also waking the neighbours with your clanking around. To top all, the lift doesn’t work! She then asks you to be a little more considerate and have you got that tenner she lent you for fuel to get to the gig as she needs it to get to work on the underground! I don’t see much fun in that!

Eventually you get to sit down and reflect on that which you have done this night.
The crowd roared and you responded with explosive rhythms that would wake your ancestors and would dance with pride. That’s my boy. The music was tighter than a monkey’s high heel shoes. Have you ever seen a monkey in high heels? If you have, then you have been going to some rather strange clubs! Pounding out beats left and right and even though being put to the back of the stage, all know who, where, and what you are, the engine room, the glue, the bond that holds it all together, and so tight that not even a cigarette paper can come between you and a heartbeat. I don’t smoke by the way, so please ignore that last comment! It is said that a band is only as good as its drummer. Well maybe so, but it’s the chemistry that binds, and the drummer is an integral part of that. There are those moments when all comes together as one and in that moment it’s as though some entity has taken you over and you are nothing but a bystander letting whatever it is pass through you. It’s almost as though God himself has said, “Hmm. Can I have a go? This looks like fun”. Be my guest. Now that’s the fun part of being a drummer. Keeping a beat that you can set your watch by. Now that’s the fun part of being a drummer. When the engineer asks, “Can you hit the bass drum please?” And when you do, it sounds like someone had just dropped an atomic bomb on Camden and you see Bin Laden run across the stage saying “He has the WMD’s, look!”.

We are, if we can afford it, constantly looking for the latest gadget, always looking for ways to improve our sound and our playing, always wanting to be better. We spend hours, months, years perfecting our craft, only to give a small portion of ourselves and only for a moment. Now that’s the fun part of being a drummer.

Look deeper and you will find that there is more to being a drummer than just being a drummer. To be honest, in spite of what we have to do, the energy we give, I wouldn’t want to be anything else. It’s so much fun. Just ask the boys in Threshold.