THE PRICE OF CONCERT TICKETS 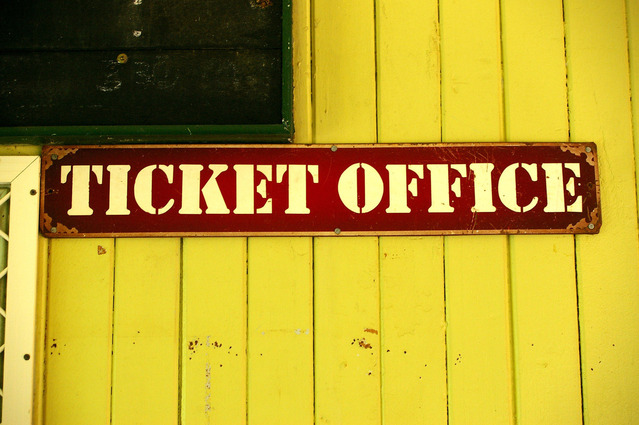 THE PRICE OF CONCERT TICKETS

Hello there, my good friends.

The price of concert tickets. Is it me or am I out of touch? You see, I had a gig on the 31st March 2017 at The Boston Music Rooms in Tufnell Park North London, supporting a band called Cairo. Have you heard of them? Anyway, I had no idea until Kyrbgrinder-guitarist Ben Glover said to me, “Did you know the tickets are £18?’’ Excuse me? Yeah, £18! Well, I nearly fell off my perch! None of my friends would pay that to see me and above all pay that amount to see a band they have never heard of! And especially not at a venue called The Boston Music Rooms, no disrespect. You can’t win. If the tickets are too expensive, nobody comes through the door, and if you have a free gig, nobody comes through the door. The dilemma, and not The Dalai Lama, is that one has to find a happy medium. The thought is, well they can’t be any good if the gig is free, so I’m not paying that to see them! On the last Police tour some 4 to 5 years ago tickets were going for the tidy sum of £150. Add to that fuel, if you drive of course, parking or train fare, a meal, drinks and you have a £500 night out, which could be considered a second mortgage. That is if you buy 2 tickets. Remember that these are just moments in time and all you will have to show for it is a piece of paper with an elaborate design that says ????!!!XXX and £150. Tell you what, if I paid that amount to see any band, not only would my conscience bug me, my mum would kill me, and so would the rest of my family! In fact, join the queue and take a number! I no longer know what a reasonable amount is one would pay at the door or in advance. I appreciate that there are middle men who have to get their cut, agents, promoters, printers or whatever, but the most I would pay to see me is £10. Now I’m not selling myself short here, even though I am, but the truth is I would want people to get their money’s worth at the venues we are currently playing. Perhaps it would translate into people coming to see us in that a tenner isn’t too much to part with and still have enough for a pint and cab or train fare home. Right?
Maybe someone out there can enlighten me. You see, I never have to pay to go into gigs, as I’m usually the one people are coming to see. Therefore I guess I should ask how much the tickets are, but it never seems to cross my mind. Until now and it’s a rather rude awakening. I suppose I have taken for granted that when I sit behind the drum kit at a Kyrbgrinder or Threshold gig there is an audience who have made the effort to leave their homes and trundle along in traffic or on public transport and pay to see their much beloved artists. Therefore I salute you. The cost of living has gone through the roof and this has a ripple effect on the rest and for those of you out there who obviously have a disposable income, well you are all earning far more than I am, for my income has already been disposed by my bank manager and overdraft! Hang on, I think I hear the bailiffs at the door? I gotta dash! Enjoy the gig!