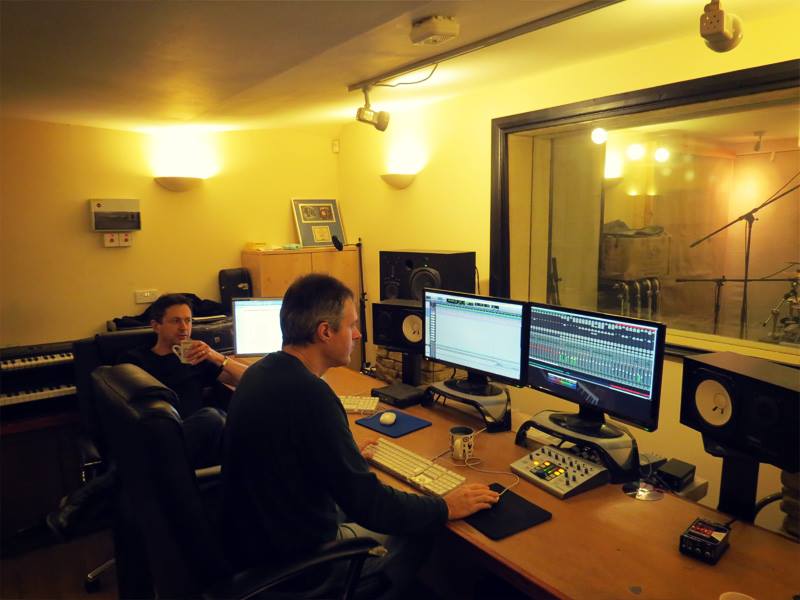 I am the producer and you will do as I say!! That is of course, if you don’t come to blows with the guy as you discover you are incompatible, musically and otherwise. You wouldn’t ask a plumber to fix your electricity anymore than you would ask the producer of the latest Britney Spears album to do the next Megadeth? Would you?

You have to have the right man for the right job, agreed? The latest Kyrbgrinder and Threshold albums were produced and recorded by Threshold’s very own Mr Karl Groom, whom I must say does a fabulous job on both counts. He is very easy going, accommodating and knows how to get the best out of the musicians he’s working with. He has also acquired a vast amount of knowledge on how to work his way around a desk, or should I say computer as it’s all down to what we now call, mouse mixing. The end result is as good as it gets and we couldn’t ask for more. I have worked with a number of what I call, The Head of State, because more often than not, their heads are in a state and therefore I only try and do what they ask of me and no more. How many times have you heard “Can we do that one again please as it wasn’t quite there, but we’re getting close”. That was of course three hours ago and you are now on the 40th take! AAGGGHHHH!!!

Patience is a virtue, as I will mention in a future column, it once took the producer of an album I worked on some years ago a whole day to get a drum sound. Yes, one whole day. I’m not sure what he was trying to achieve or whether or not he was being paid by the hour, either way it was a waste of time. Then he had the audacity to ask me if I would record the drums first, and overdub the cymbals, as he wanted total control over the separation.  You see, he wasn’t interested in a performance or for the instrument to be played as a whole, just the sounds. He would have been better off with a drum machine! It seems every generation of producers push the envelope to it’s limits, and as technology improves and sounds become more and more engulfing, I ask myself, Where can it go from here? I can only imagine that one day we won’t even need producers or even musicians. We would only have to think and it will materialise. Lol.