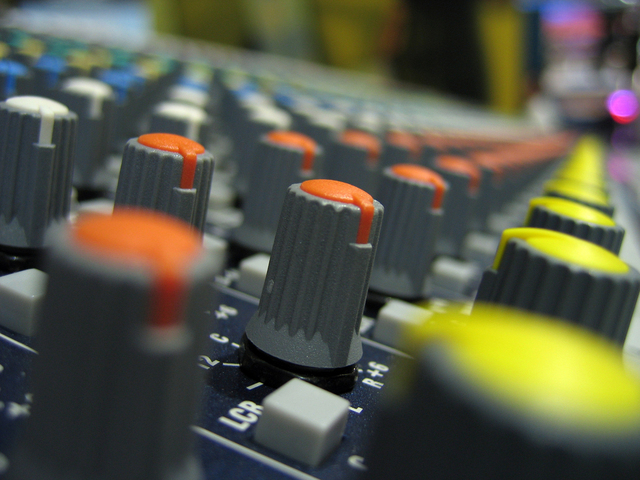 Hi all and how are you?

Today I’m going to tell you all about the sound guy, or engineer or technician.
Well, whatever you want to call him, he is essential to any band worth their weight in salt! Now we, Threshold that is, have a wonderful engineer by the name of ….? Best I don’t, just in case he disagrees with me, but in saying that he is fantastic! We can be guaranteed that he will do the best for us in any venue of which you are at the mercy of the acoustics, he will find a way to eliminate whatever unpleasant frequencies that may be lurking behind the PA system. He is also a drummer, which means I get most of the attention, for a good drum sound is where it all begins! I hear howls of derision in the back. Anyway, let’s say he is the 7th member of Threshold and a valuable one to boot. How many times have you been to a gig, concert or whatever you want to call it and the sound has been awful, to say the least? Yeah I thought so, but then the audience tend to look to the band for the muffled cacophony when in actual fact the band almost never hear what’s going on front of house. The audience are always the first to hear it and if the musicians are lucky they may get to hear a recording, which still isn’t a true representation of what happens at that moment. The impact, the volume and a host of other effects. He has to know when to turn up guitars for solos and when to put the effects on the vocals and so on. He almost has to know the set better than the band does! Lol. Then again one can only work with the tools one has at any venue, so it’s not always the engineer’s fault as some PA systems are so bad that they resemble a transistor radio. And on the opposite side some systems are so good that it’s almost as though you’re listening to a CD in the comfort of your favourite armchair. Technology has become so advanced these days that it’s likely that at some point in the future bands won’t need a sound engineer or even have to turn up to the gig at all, all they need do is send in an MP3 and a hologram! Lol.
Let’s hope that day never comes as there will always be live music, and as long as there is there will always be a need for a good sound guy!!