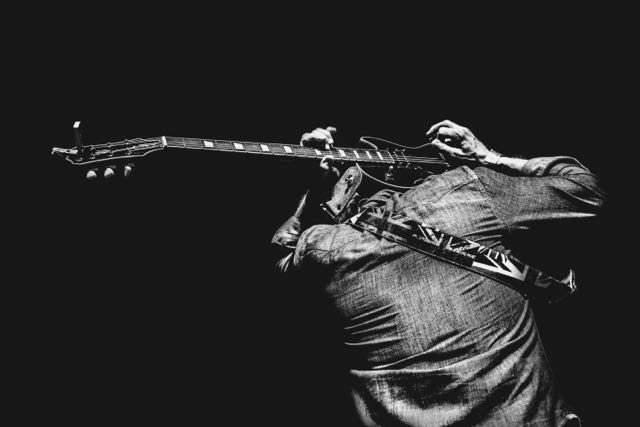 Hello there my dear readers and how were the holidays? Did you put on pounds, or kilos, depending on your preference during Christmas? Did you get very drunk on New Years Eve? Okay, then let me begin.

If I could form the ultimate rock band, I doubt that you would know any of the members I would pick, but here we go.

On drums it would have to be the one and only ERIC MOORE. He played with Suicidal Tendencies and is one of my all-time favourite drummers. Mostly known as a gospel drummer, he could play anything, and usually did!

On bass the eternal Daryll Jones who was really considered a jazz bassist who had played with MILES DAVIS, until he played with STING and then the ROLLING STONES. But isn’t this an ultimate rock band, I hear you ask. Yes, it is, and if you haven’t heard any of the players I will be mentioning then by all means do some investigation.

On guitar. Now I first heard him playing with Tony Williams back in 1977, but unfortunately he died a couple of years ago, ALAN HOLDSWORTH. He would play notes that didn’t even exist, and you had to ask yourself, where on earth did he hear that, where does it all come from? He was also a big influence on EDDIE VAN HALEN.

On second guitar is BILL CONNORS, who had a wonderful tone to his playing and would add a sense of mystery and stability to the band. He was a member of RETURN TO FOREVER, that famous jazz fusion band of the seventies.

Finally on vocals and to you he is a total mystery. His name is MARCUS MALONE. Who, I hear you ask? I had the pleasure of working with this singer who hails from Detroit in the USA as all these musicians do. He had a voice that had grit, tone, range and so much power that during one rehearsal he had sung a note and held it for so long that I thought that he was going to pass out. So much control, it was surreal!

Now these are artists whose ability is so versatile that they would fit just about anywhere. But sometimes the chemistry doesn’t work. How many times have we bought an album or gone to see a band with all of our favourite musicians on it, and it sounds truly ghastly? What a disappointment and waste of money! The best musicians don’t always make the best bands, but this is a fantasy band as the real thing would be nigh on impossible now, and that’s a shame, because I would certainly get out of my bed and pay £5.00 to go and see this lot in my neighbour’s garden. I know I know, I’m cheap and lazy. Well, what do you expect from a fantasy? Had you noticed not one of these musicians come from ENGLAND! What is wrong? Has AMERICA set the standard that we must follow? I guess it has. We had LED ZEPPELIN, DEEP PURPLE, THIN LIZZY, MOTÖRHEAD and a host of others. Now we have The Spice Girls and One Direction. What a legacy! By all means, give the aforementioned artists a listen if you can or are even interested. You may well be very surprised. And I didn’t mean The Spice Girls or One Direction! Notice, they didn’t get ALL capital letters! LOL.