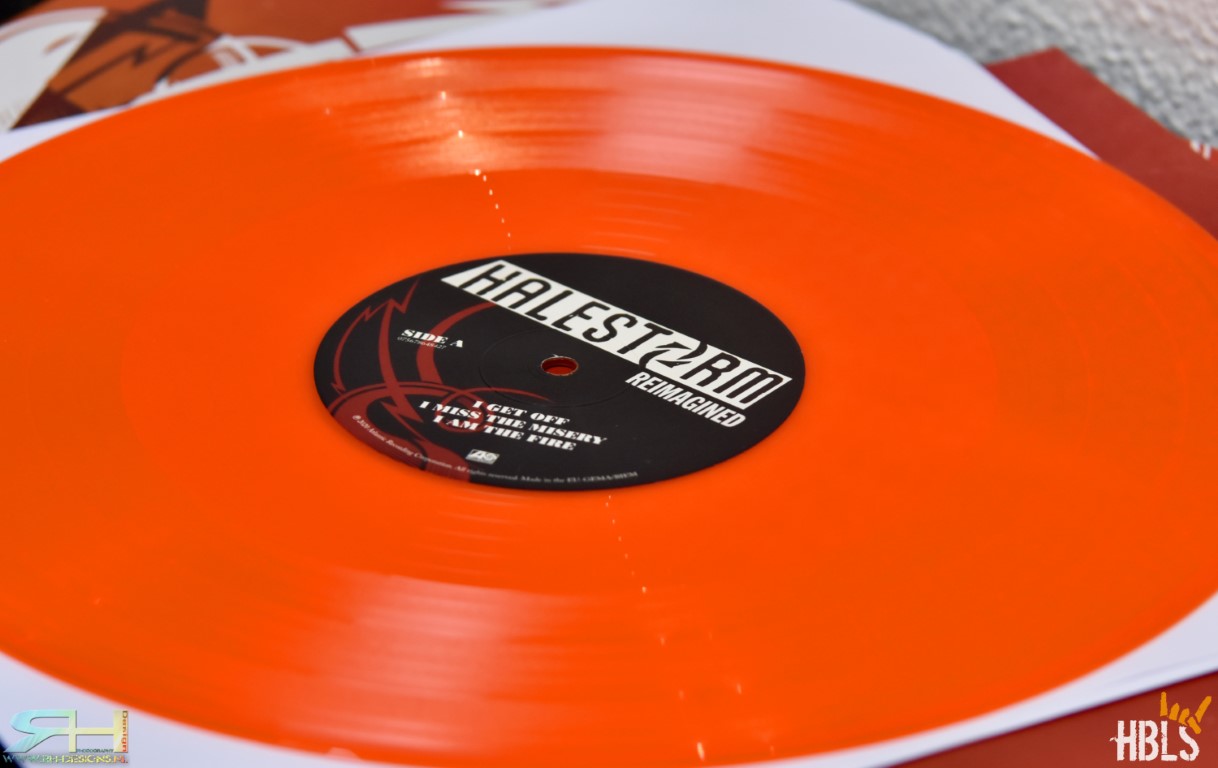 Don’t we all love that feeling? When our favorite local record store gives us a call or sends a small message, that they have a new ‘must have’ record in store for you. Every single time it feels like a present. And once it is picked up and you’re at home, the unpacking, the first look at the artwork and then the first tones of the music hit your speakers once the needle of your record player finds the groove. That’s music to me, and better yet, my love for vinyl records. 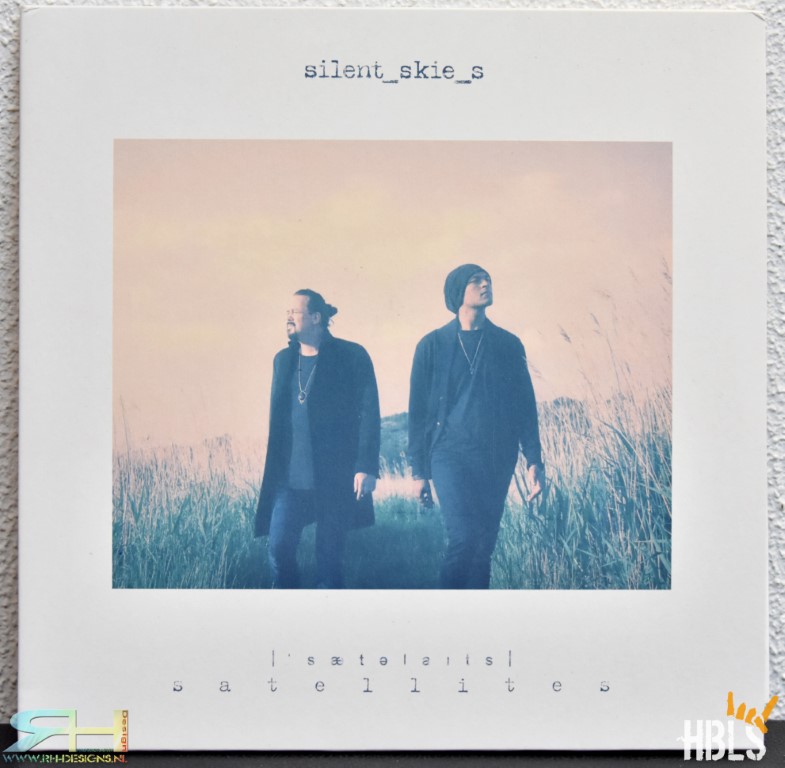 And sometimes, sometimes there is an even bigger present waiting for you. Music from a killer project that you have never heard off before. That extra excitement happened to me at the end of December, when the brilliant piece of work from silent_skie_s did find its way to my home. Of course I was familiar with Tom S. Englund’s work with Evergrey and Vikram Shankar’s role as keyboard player in Redemption, but nothing did prepare me for this musical journey. The subtle piano / keyboard sounds in the songs combined with the mellow, melancholic vocal approach of Tom on this record, just touches the right spot. Absolutely world class!!! 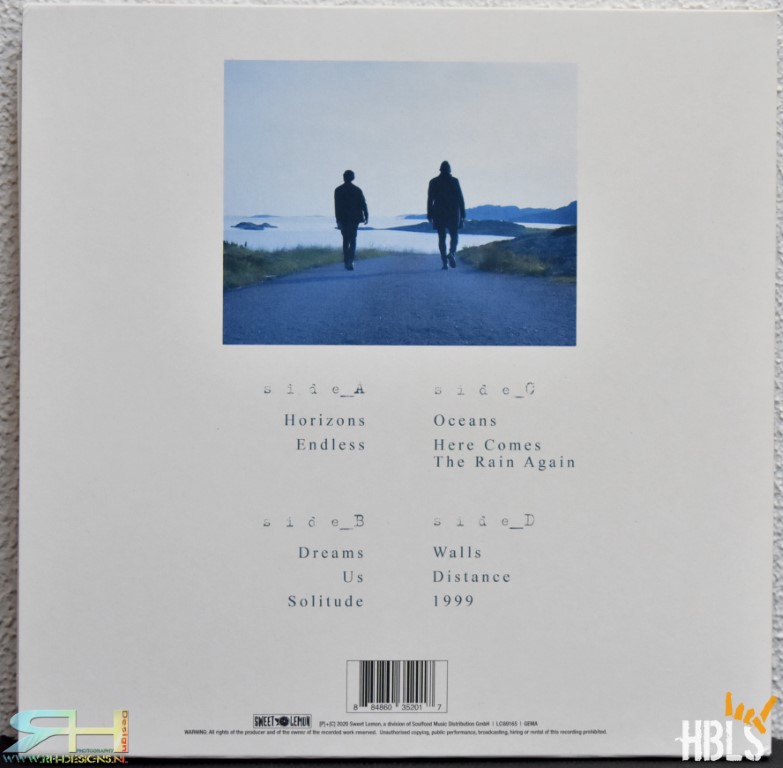 So it is not even a question if this record had to be included in my VINYL corner series.
The artwork for ‘Satellites’ is designed as a very well thought out and executed concept, which fits seamlessly with the music of the album. Or even better, the love and effort put into the design, photography, videos, absolutely adds value to the experience of the music.

The chosen cardboard texture of the album alone contributes to the whole experience. The front cover contains the first picture from well known Swedish director and photographer Patric Ullaeus. In fact Patric was responsible for most of the atmospheric photography and video work for the project. Some of the pictures were by the hand of Kj Melgoza. The layout and design were done by Hiko Kramer, also known for his work with bands like Masterplan, Circle II Circle to name a few. 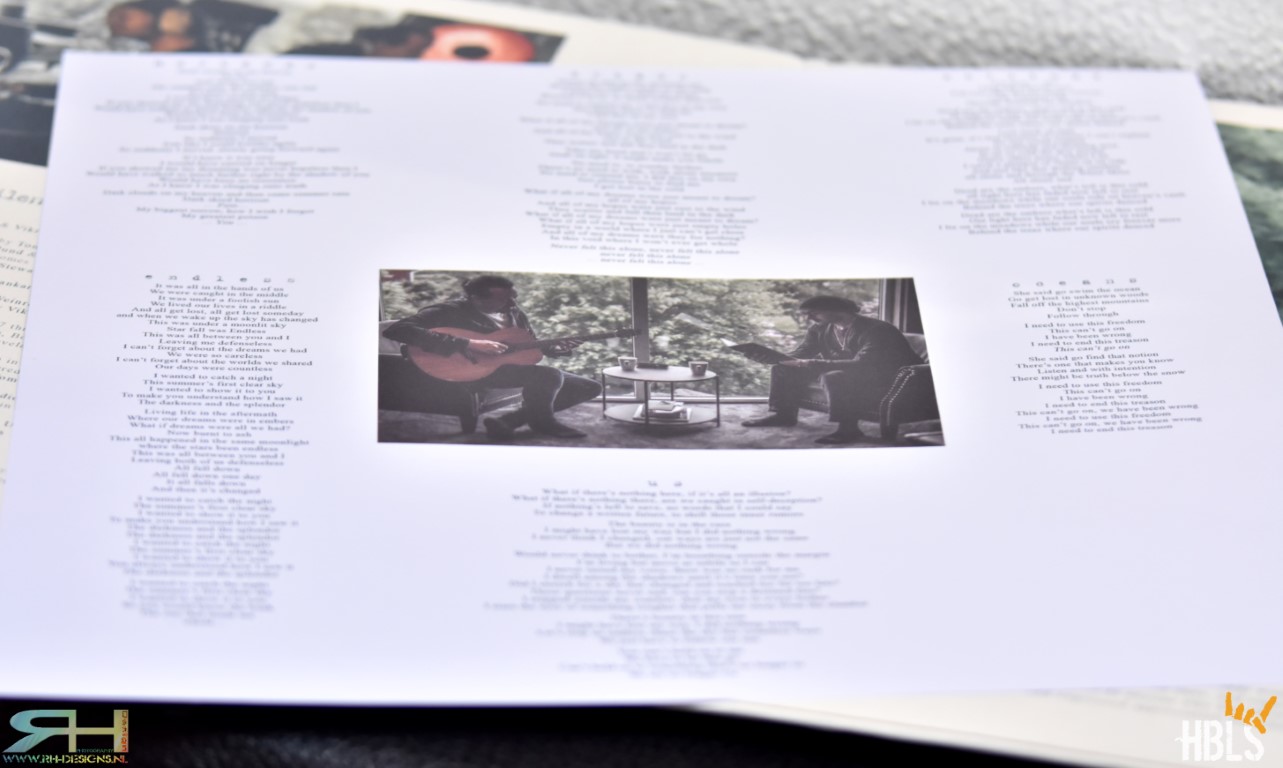 The backside of the gatefold cover yet again has a beautiful picture of Tom and Vikram, as well as the song titles.
The inside of the cover shows us all the credits and again two pictures of the stars of the project. The album comes with a separate inner sheet that contains song lyrics on both sides and again some pictures. I guess the pictures made during the actual writing and recording process were made by Kj Melgoza.

The two records have different labels, one in black and the other one in white.
All in all the designers and silent_skie_s have reached a level of design that contributes to the experience of the entire product. 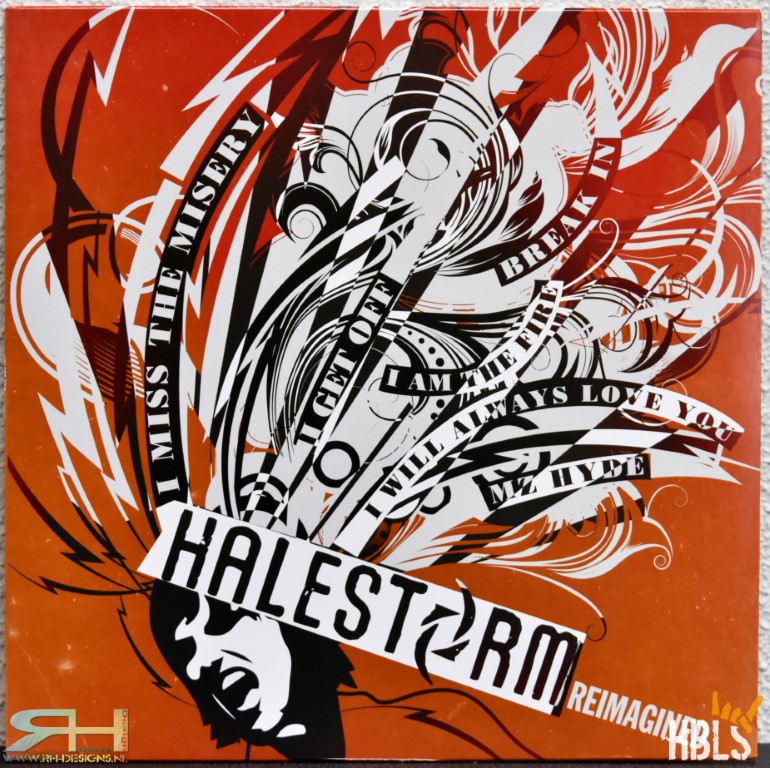 Next in is the latest EP “ReImagined” by Halestorm. It took some time before this one was in my possession as it is only released in the USA and Canada. But there are always copies that make it to Europe and the rest of the globe.

The whole Art Direction and Design was done by Alex R. Kirzhner, who has worked with the band on several occasions in the past. Sometimes as a photographer and sometimes for the artwork such as the 10th anniversary vinyl re-release of Halestorm’s debut album, ‘Into The Wild’ and ‘The Strange Case Of…’.
The creative cover art also reveals the song titles. ‘ReImagined’ contains versions of five older Halestorm songs, most of them from the first two albums and all new semi acoustic versions plus a cover of Dolly Parton’s ,,I Will Always Love You”.
Highlight is the version of ,,Break In”, a duet between Lzzy and Evanescence front lady Amy Lee. 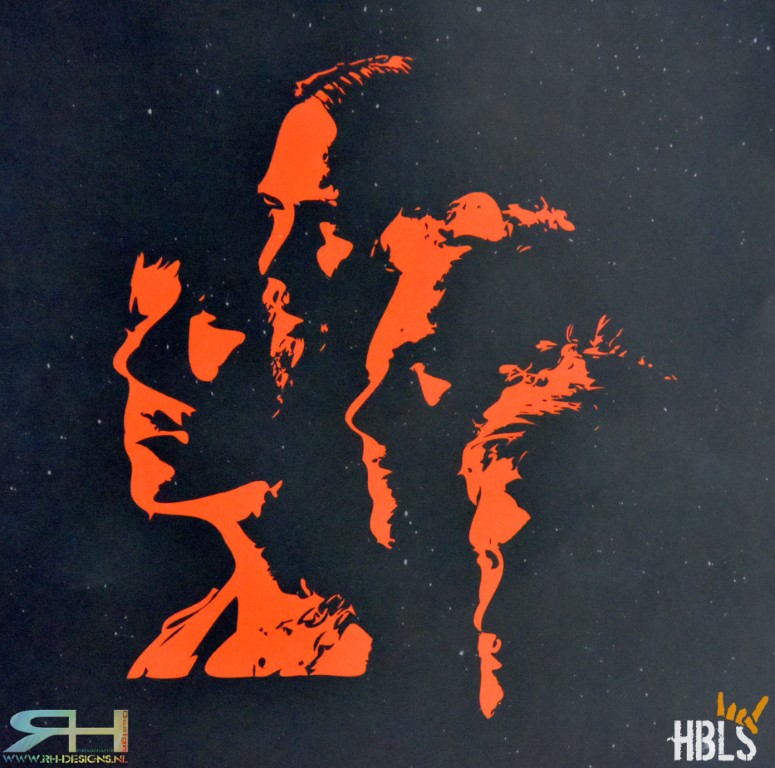 In fact, the entire design of this record is one great work of art. Including the inlay sheet that holds the song titles and credits on one side and a creative red highlighted image of the band as a centerpiece on the other.
The record itself comes in orange vinyl. 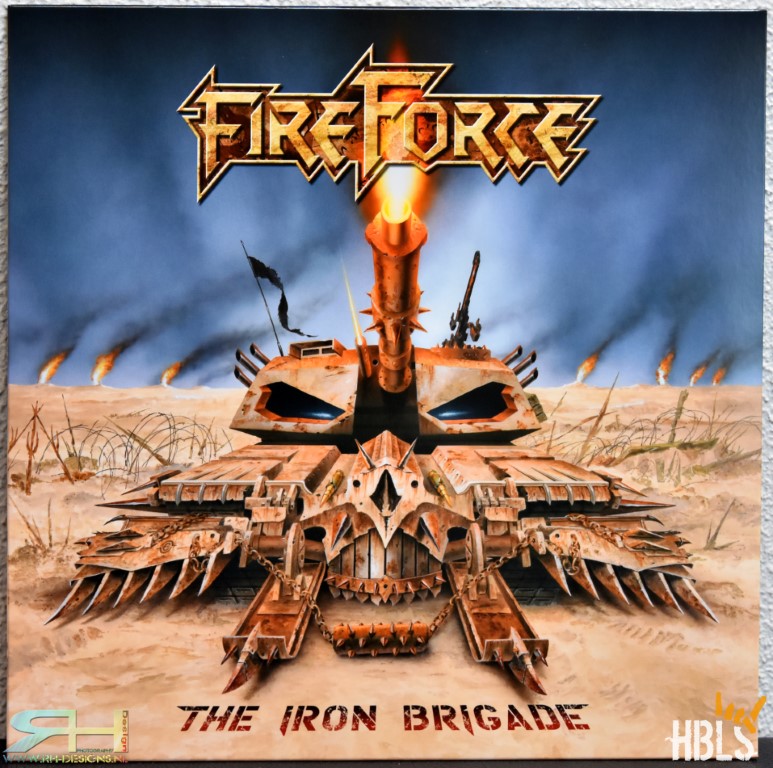 The second EP release in this edition of the VINYL corner is from Belgium band FireForce. This EP ‘The Iron Brigade’ is released as a limited edition, 400 in total. The artwork and designs for this piece was done by Eric Philippe (www.redhead-or-dead.com), whose work is well known in the industry. This release also comes with a full color inlay sheet that has the lyrics on one side and a collection of band photo’s (while on tour), made by several photographers, on the other. 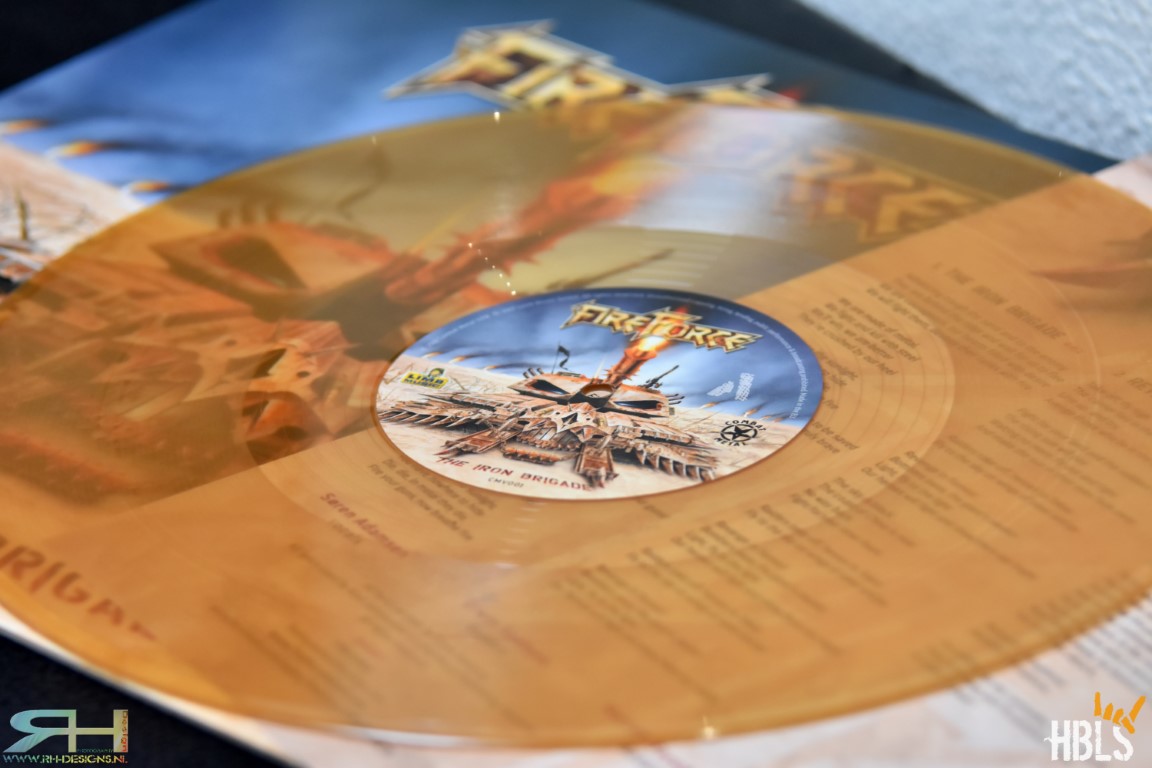 The record is a Semi-transparent desert yellow vinyl. All in all a very nice release. 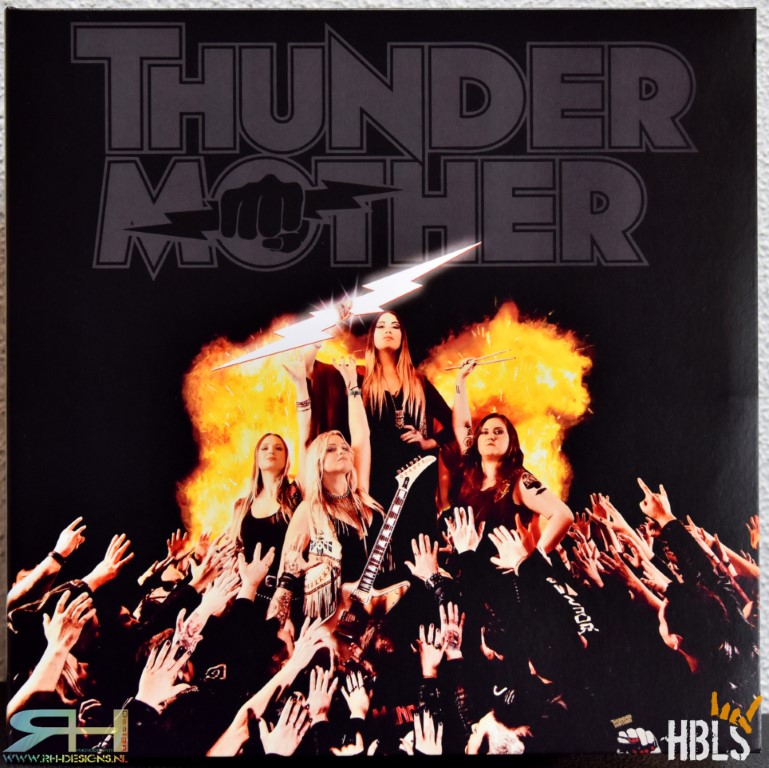 The last release that I would like to give some attention is ‘Heatwave’ by Thundermother from Sweden. This is also a gatefold release and it is available in limited edition colored vinyl. Six different colors in total, each limited to 500 copies. My version is the clear orange vinyl.

But first the cover. The artwork and design were done by Hiko Kramer (sattsign.com) and photography for the artwork was done by Franz Schepers & Christian Barz.
The cover shows us the bandlogo, an image of the band being adored by mostly the arms of fans. While the backside of the cover reveals the song titles as well as the barcode on a white sticker which is a bit annoying as the whole cover is in black. 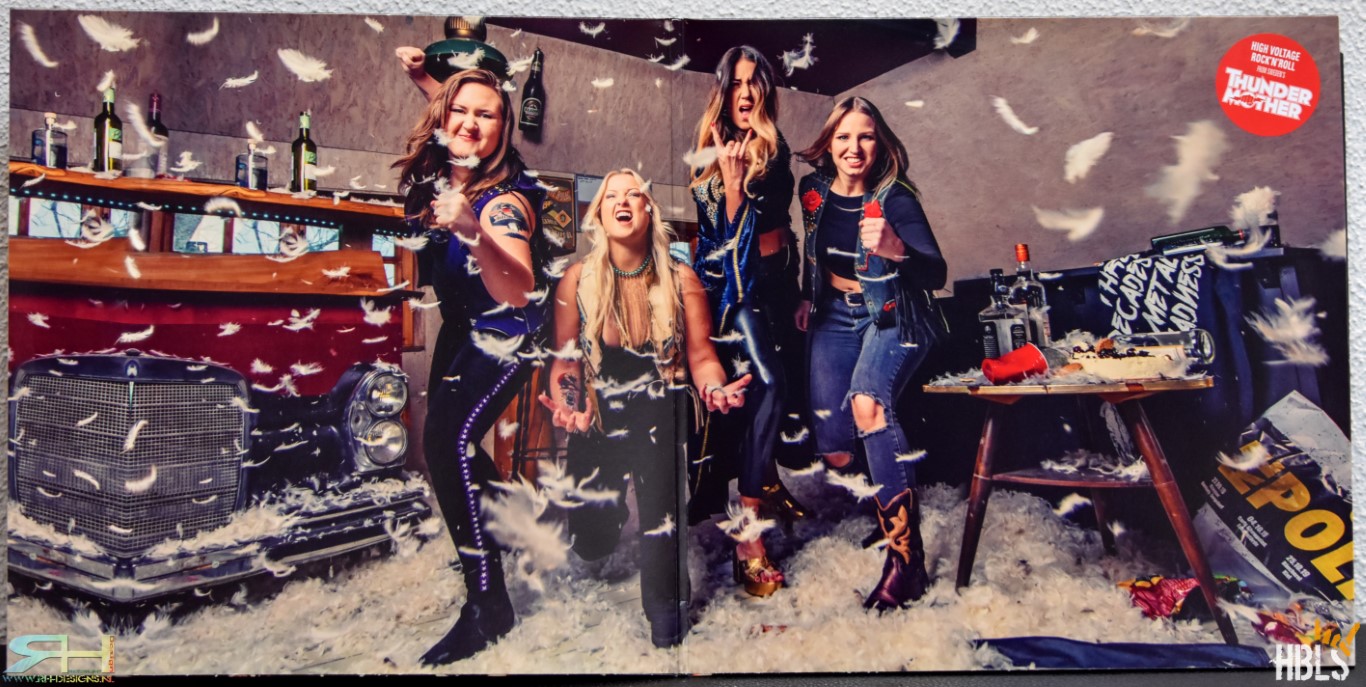 On the inside of the gatefold cover we can find another great image of the band clearly having some fun with feathers.
The four page inlay, has (if you open it up to two sides) all the song lyrics printed on one side and on the other side a collection of pictures of the band, being on tour, with fans. All kind of shots that one makes while being on the road. 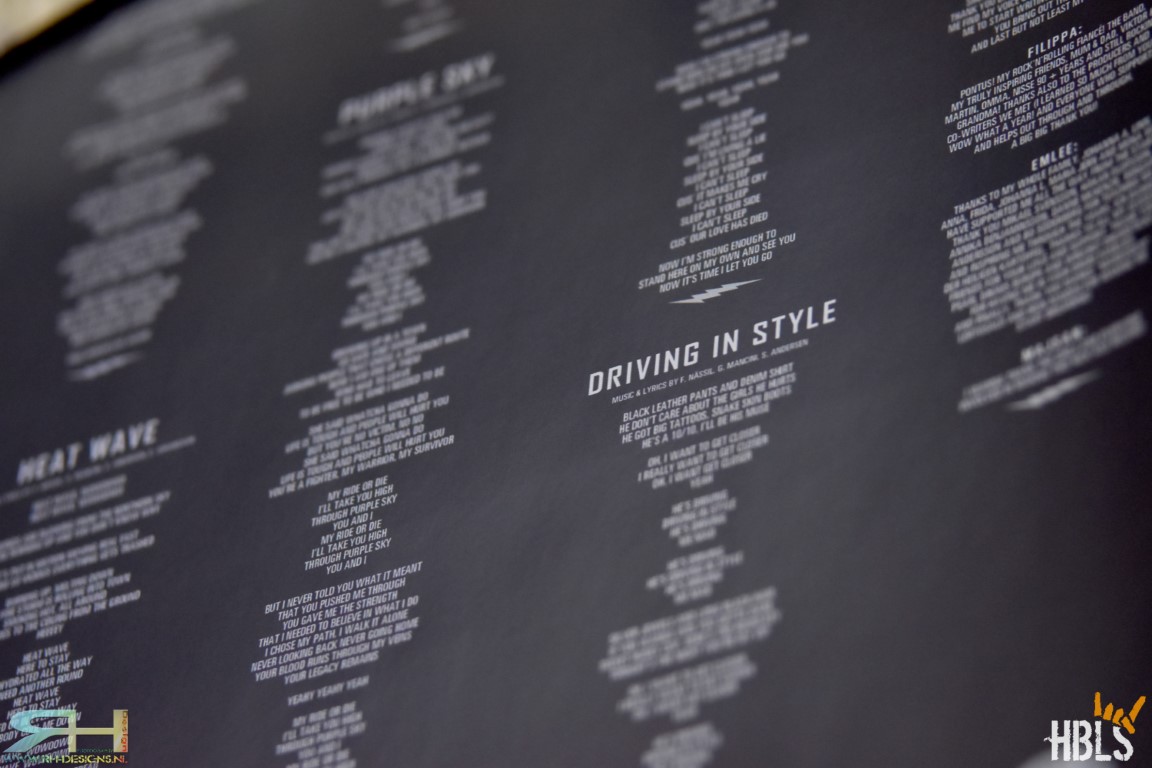 As stated before I have the clear orange vinyl and it comes with two different record labels. Side a the band on stage with fans and side b is a posed image of the band. 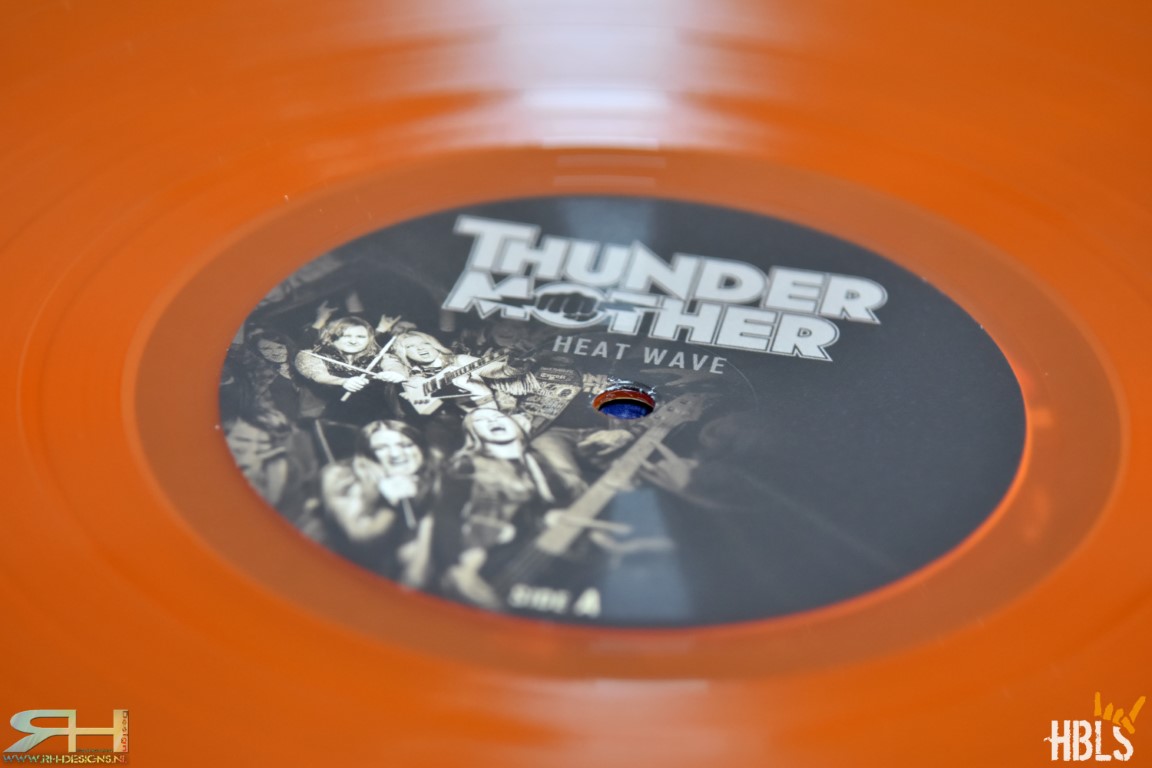 Also this artwork reflects exactly what the band is about. And if it is not clear yet, the red and white sticker stating High Voltage Rock ’n’ roll from Sweden, says it all. Well done.