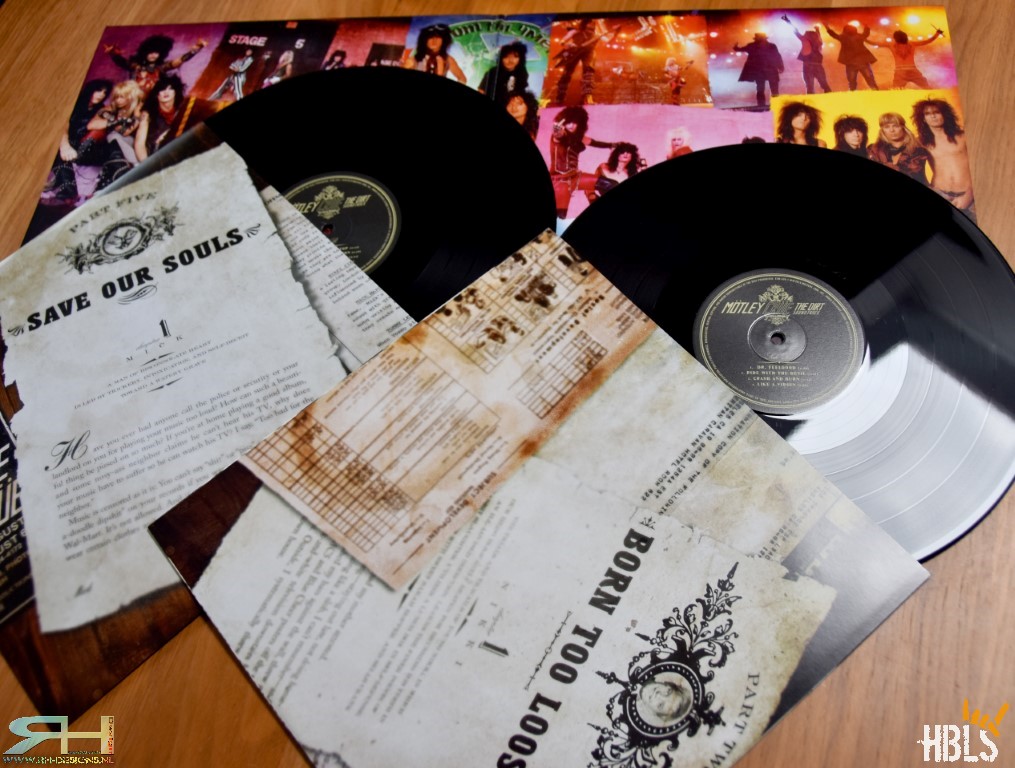 August 8, 2020 by Raymond Helebrand - More about our team

For this edition of the Vinyl Corner I would like to pay attention to a few 2019 releases. I know that these releases are around now for some time, but the main reason to create the Vinyl corner is to shine some light on releases in this audio format. Whether it is a classic release out of the seventies, a re-release of a record, or a brand new release, is not relevant. So sometimes it will be all new and sometimes old. 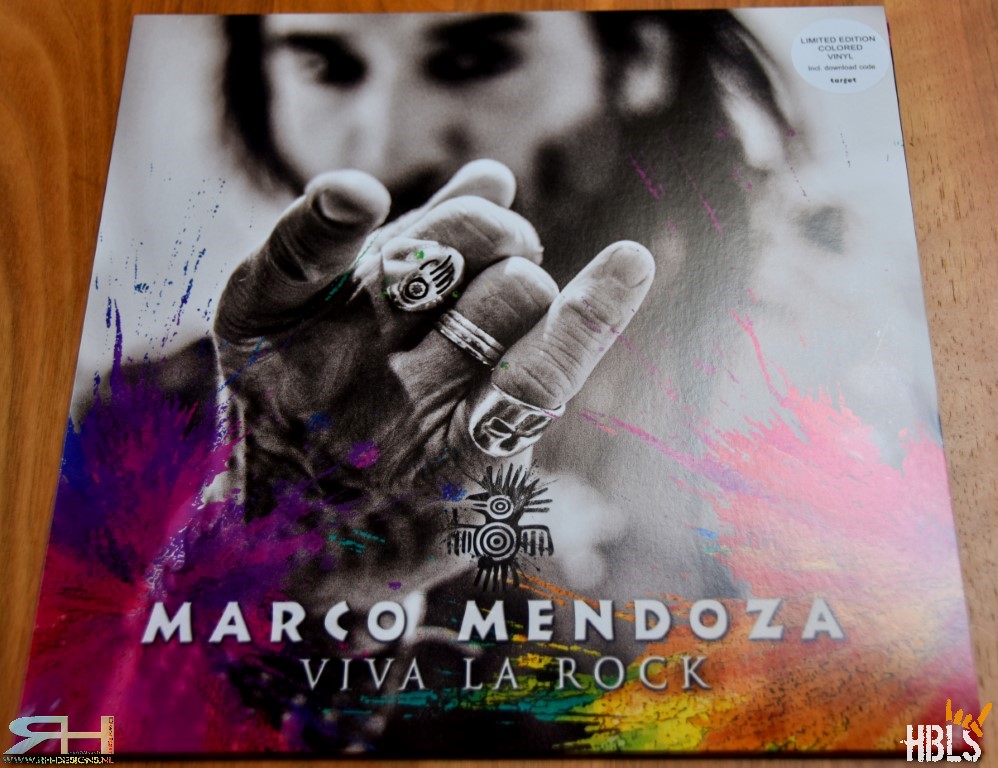 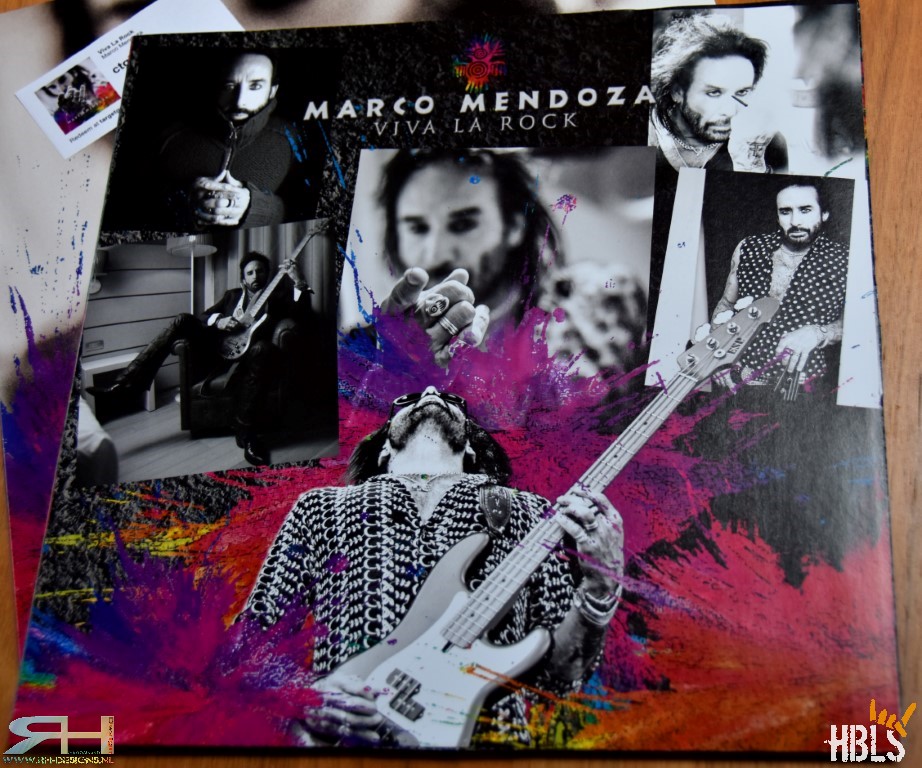 The first release in this episode 2 is Marco Mendoza `Viva La Rock’. This release by Mighty Music/Target distribution has a beautiful design and a download card is included. The front cover has a suburb black and white picture of Marco by Irene Fittapaldi as the main theme. With a little bird that is included in the rest of the artwork, in various forms, for example on the back cover of the record sleeve. 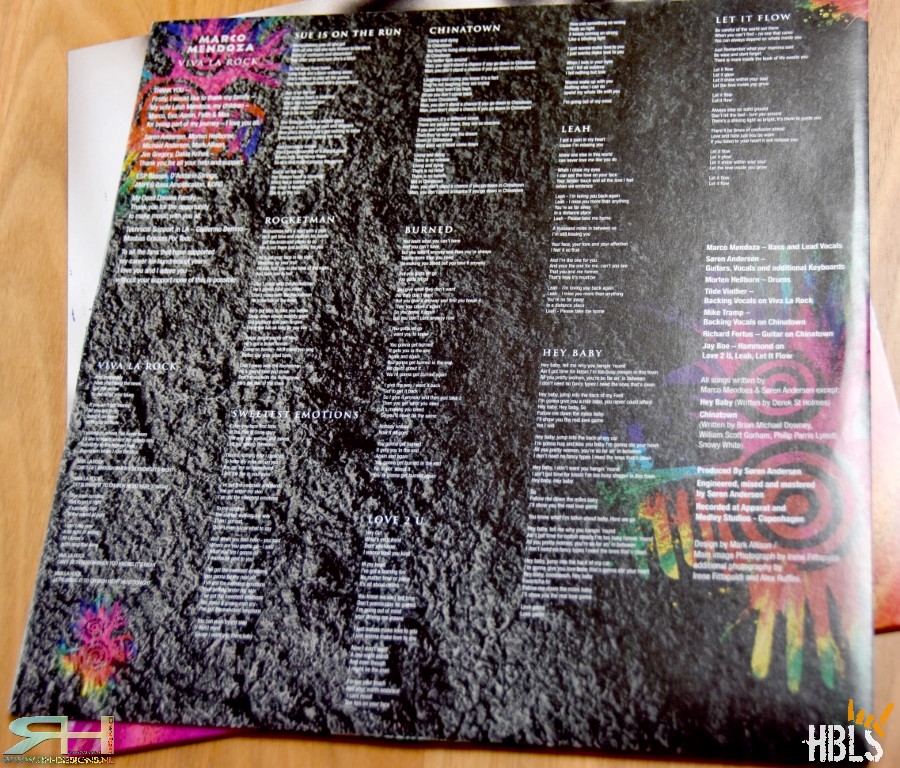 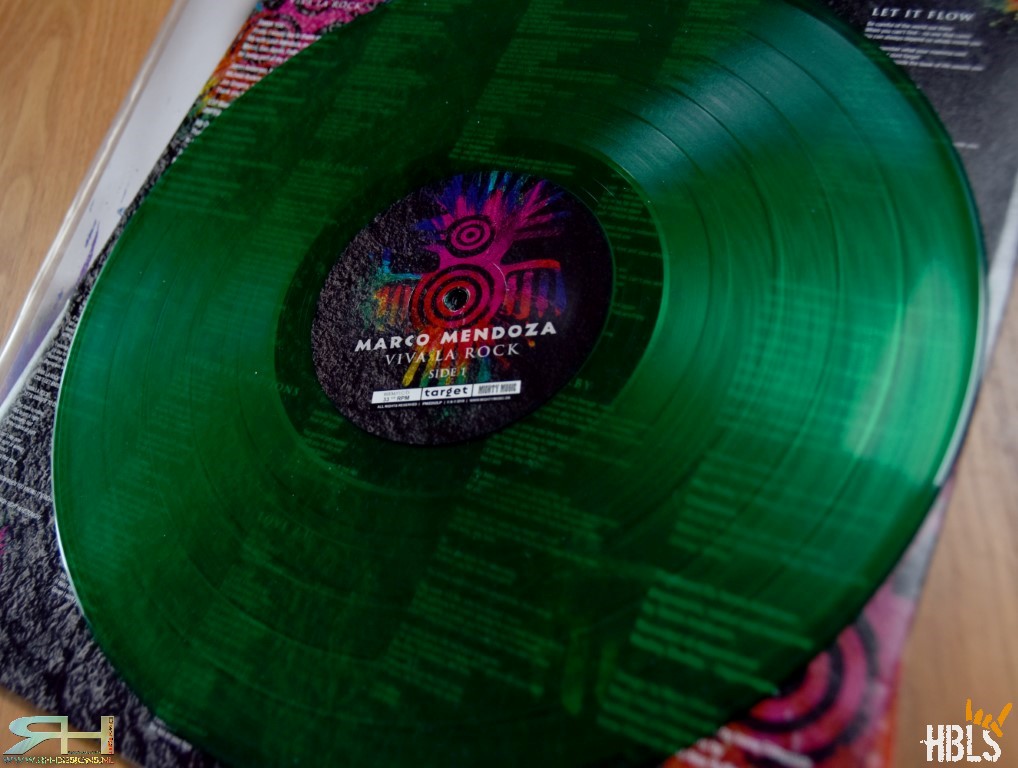 The printed inner sleeve has one side reserved for the lyrics and credits. The other side is covered with more black and white pictures of Mr. Mendoza, complimented by some sort of colour dust to create more contrast. The record itself is a green vinyl and sounds excellent. The record label on both sides has the little bird printed once again. A great record and very well designed artwork. (Live review of Marco Mendoza here) 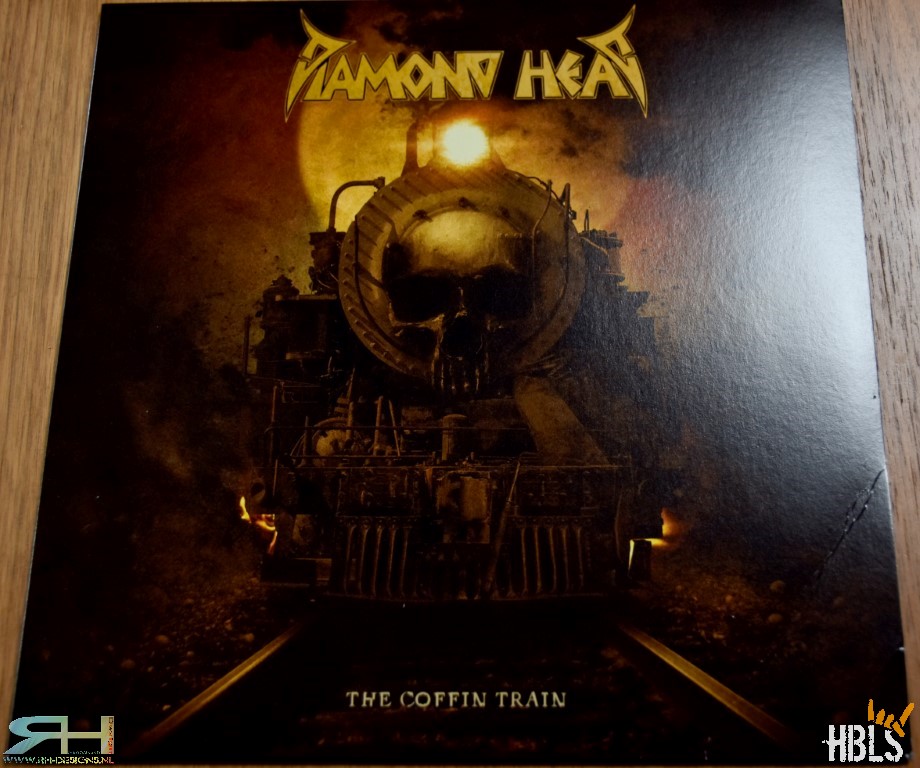 Next up is Diamond Head `The Coffin Train’. This record has artwork by Travis Smith. The front cover of the coffin train looks amazing. Really nice art. The back cover includes the tracks of the album in a design of train tracks, where the wooden buttocks are replaced by coffins. It’s a nice small detail. This record also has a download card included. 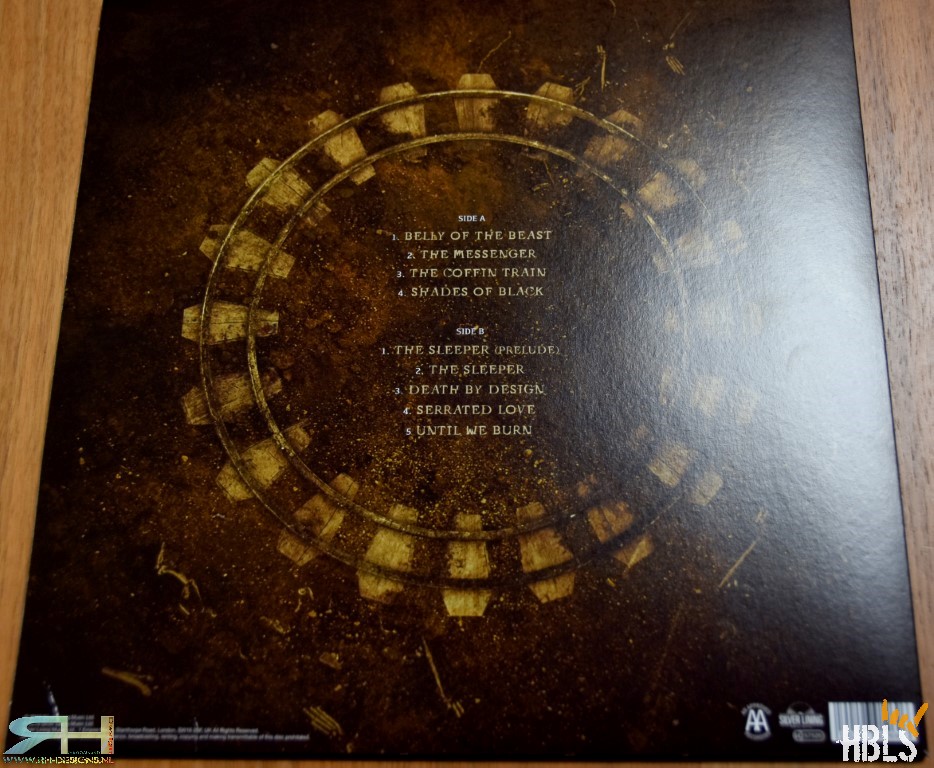 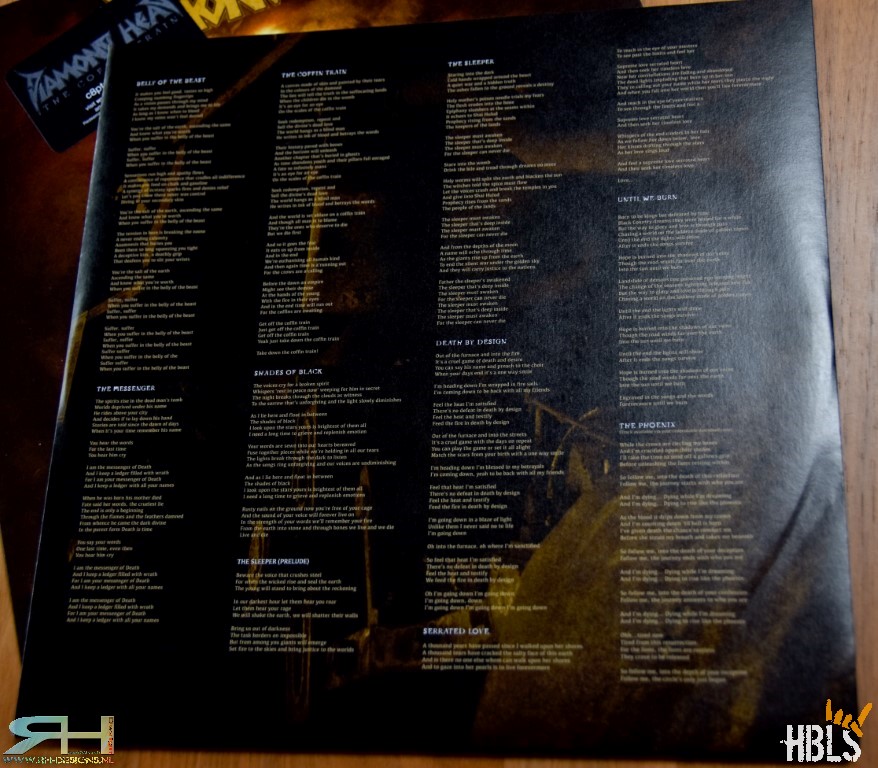 The printed inner sleeve has the song lyrics printed on one side and the other side has the credits and a photo of Brian Tatler’s iconic flying V guitar nailed to a cross. (Album review here) 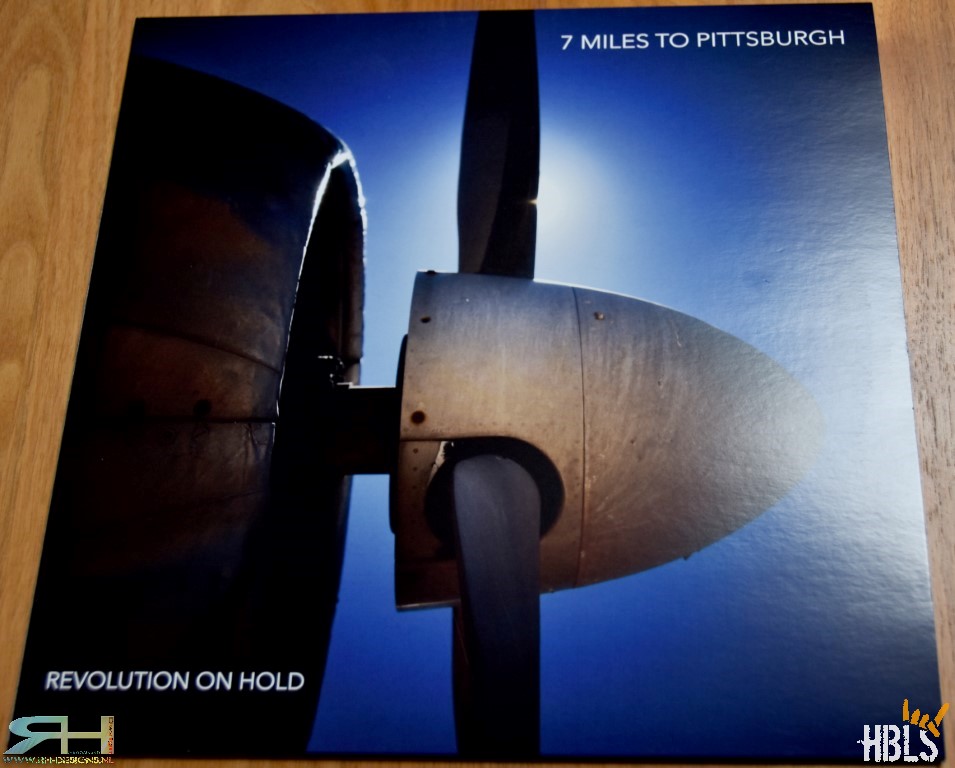 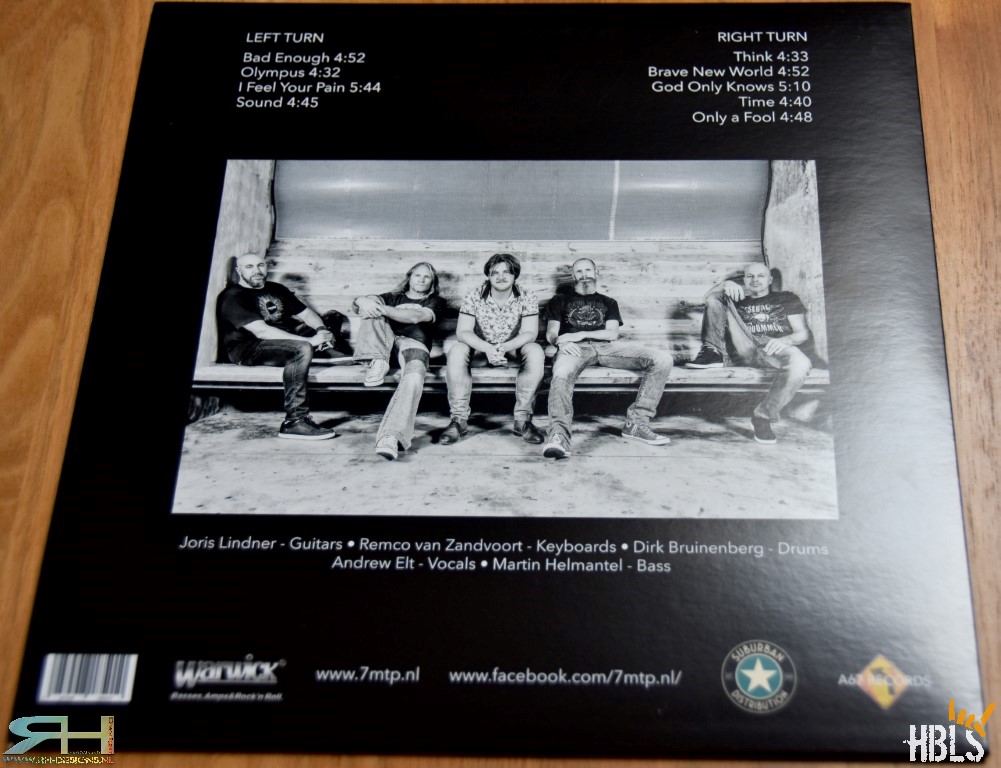 7 Miles To Pittsburgh `Revolution On Hold’ is the third record I would like to pay attention to. Same as the music, I love the way this record is designed by Andrew Elt himself. The detaisl of the propeller on the front cover looks amazing. To me this is such a cover that pops out of the mass when it stands between other albums in the stores. Brilliant picture by the way. The backside of the cover contains all the songs titles, a nice black and white band photo by Conny Van Den Heuvel of DHC Photography. 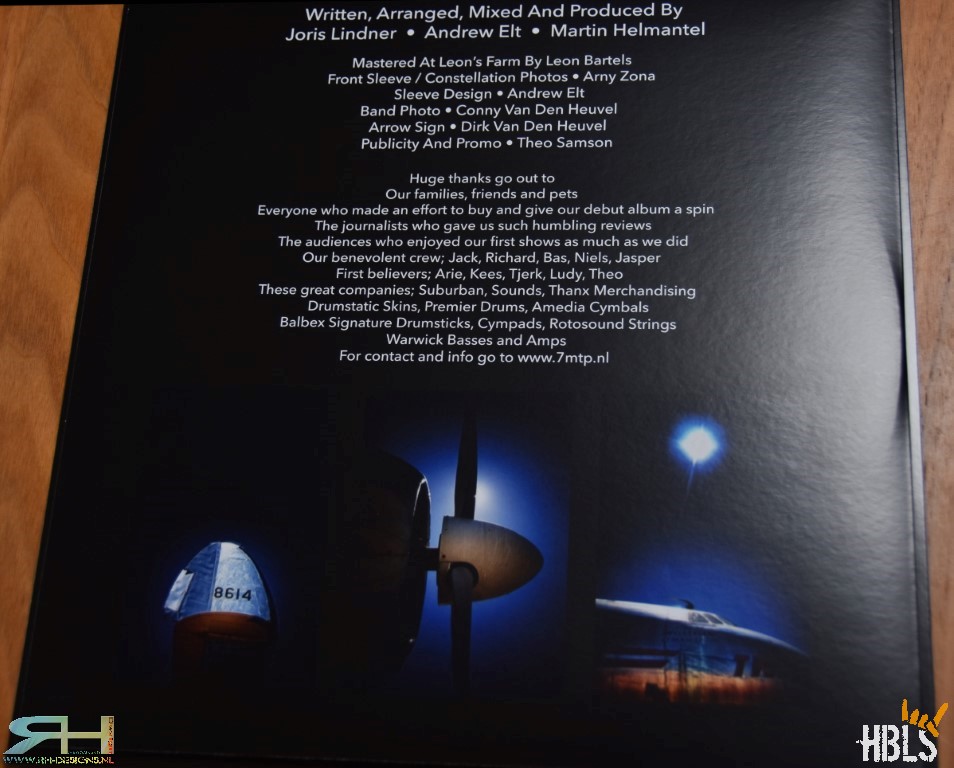 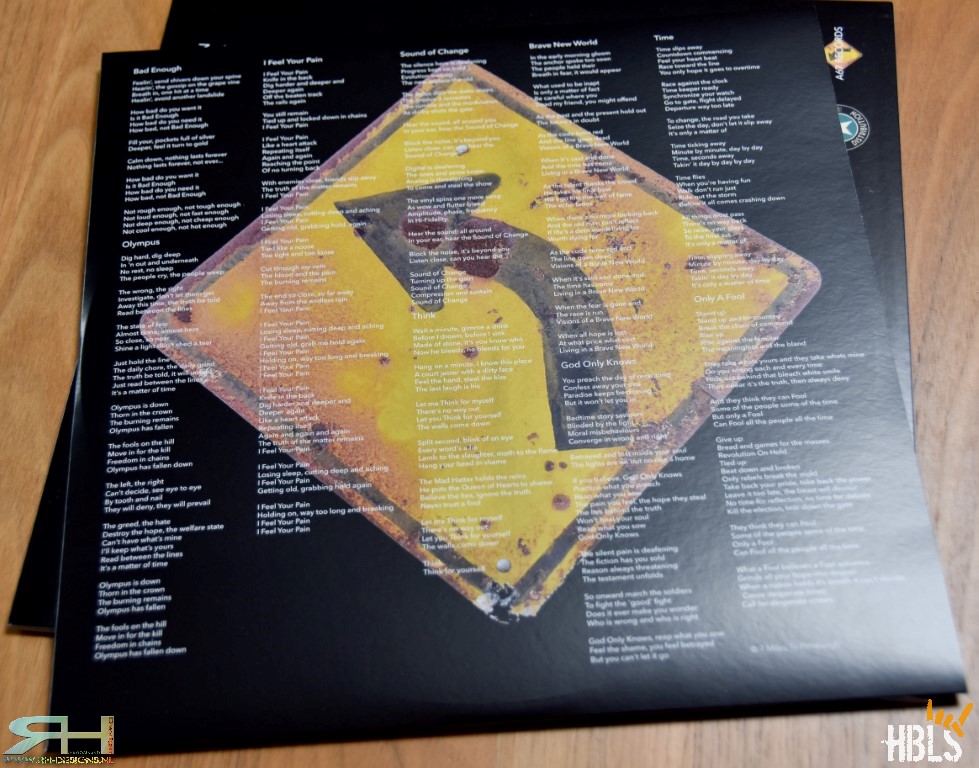 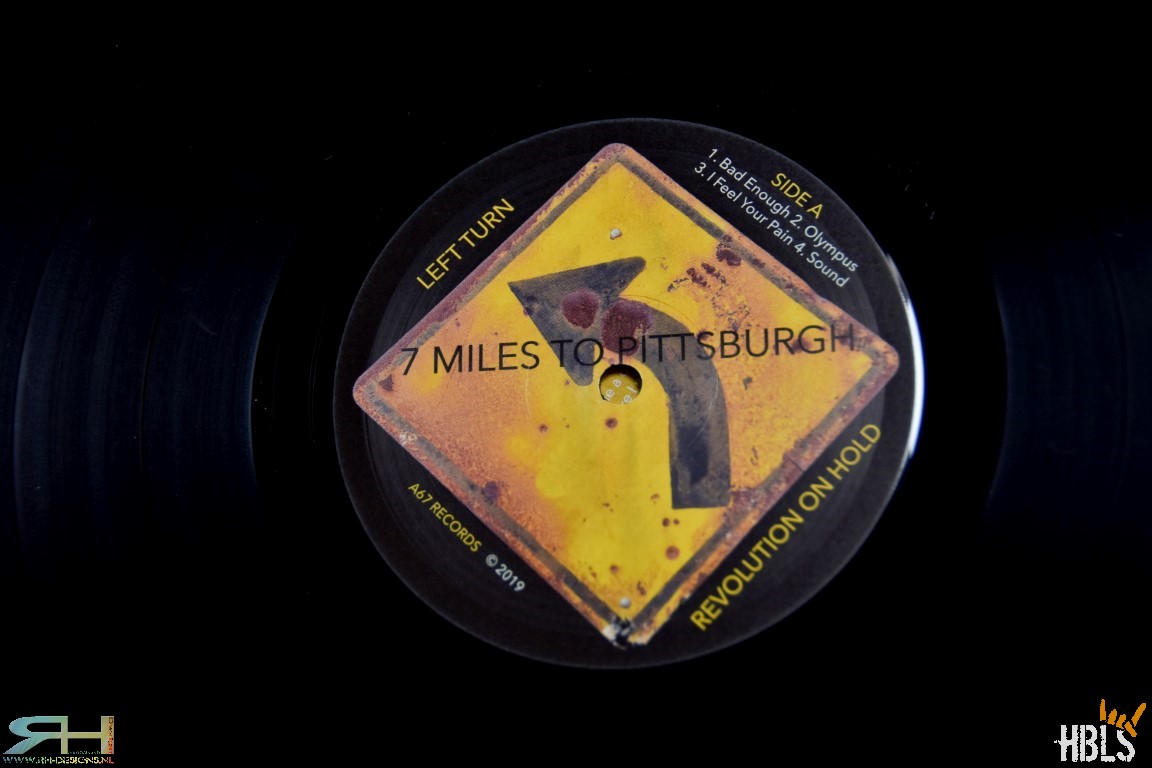 The printed inner sleeve has one side for all the lyrics and credits, with 3 constellation photo’s (by Arny Zona) in the ambiance of the front cover. The labels on the records, left turn & right turn are designed by Dirk Van Den Heuvel of DCH Photography. I love the fact that not all the energy went into the music, but also in design that really compliments the amount of work that went into the songs. (Album review here) 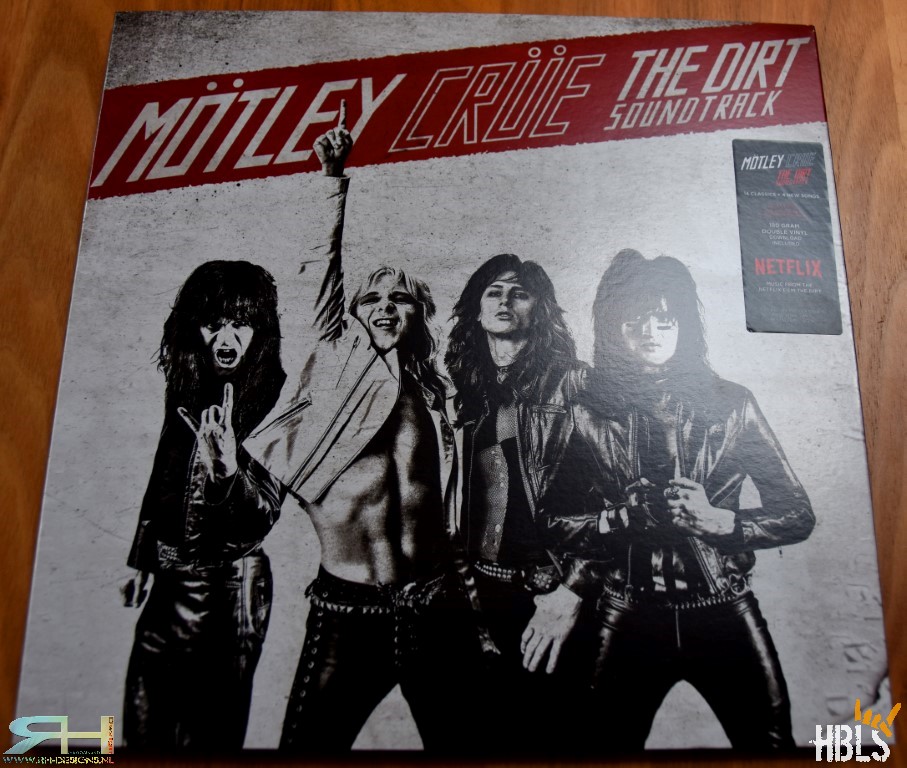 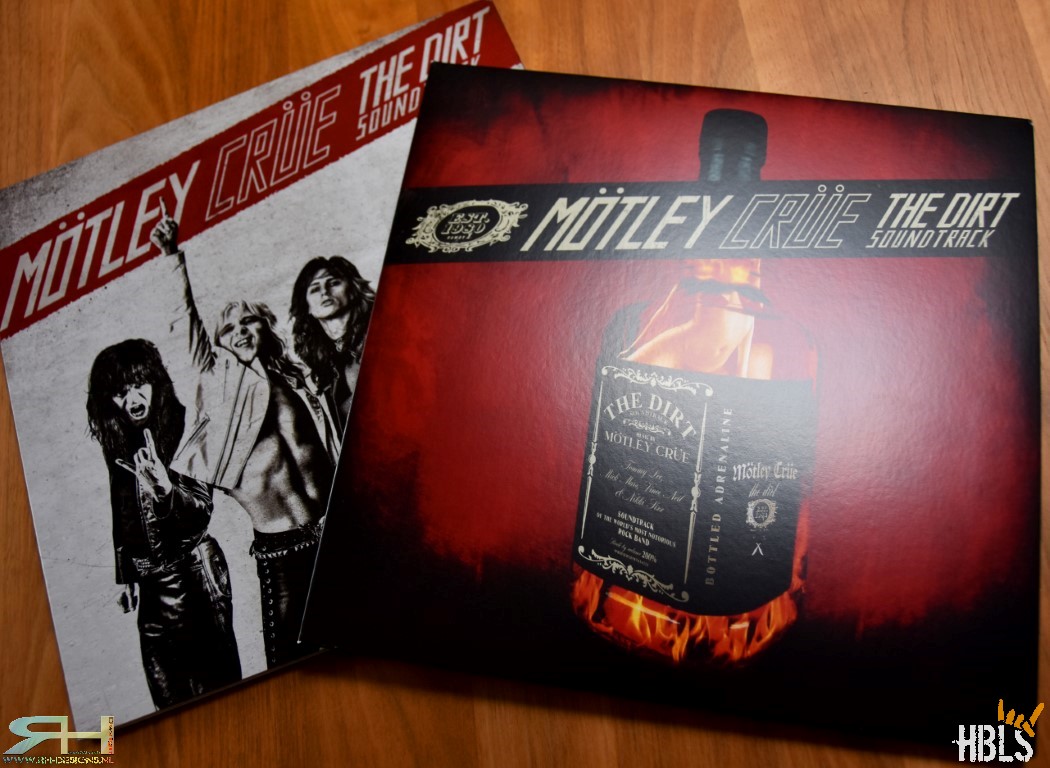 The last record for this episode of the Vinyl Corner is Mötley Crüe `The Dirt Soundtrack’. This double record was released to accompany the release of the Netflix movie `The Dirt’. This 180-gram double record comes with an outer cover that has the cast of the movie printed on it and on the back the song credits and band photo on it. The actual album cover contains the (for fans) recognizable artwork, the dirt bottle that also was on the cover of the book. The backside contains once again the songs and band photo in front of an audience, but now in colour. The inner side of the gatefold cover contains classic Crüe band photos with here and there a few photos of the movie cast in band style. Both printed inner sleeves contain excerpts of the book from all 4 band members. The extra inner print contains all the song lyrics and credits with different band photos in the middle on every side. 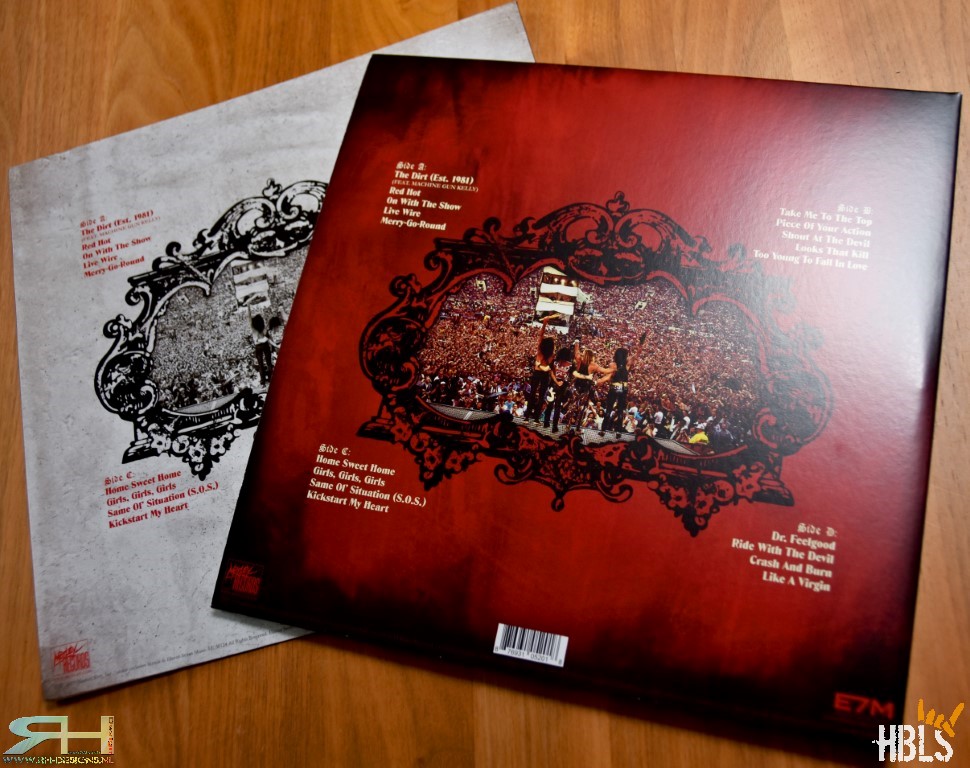 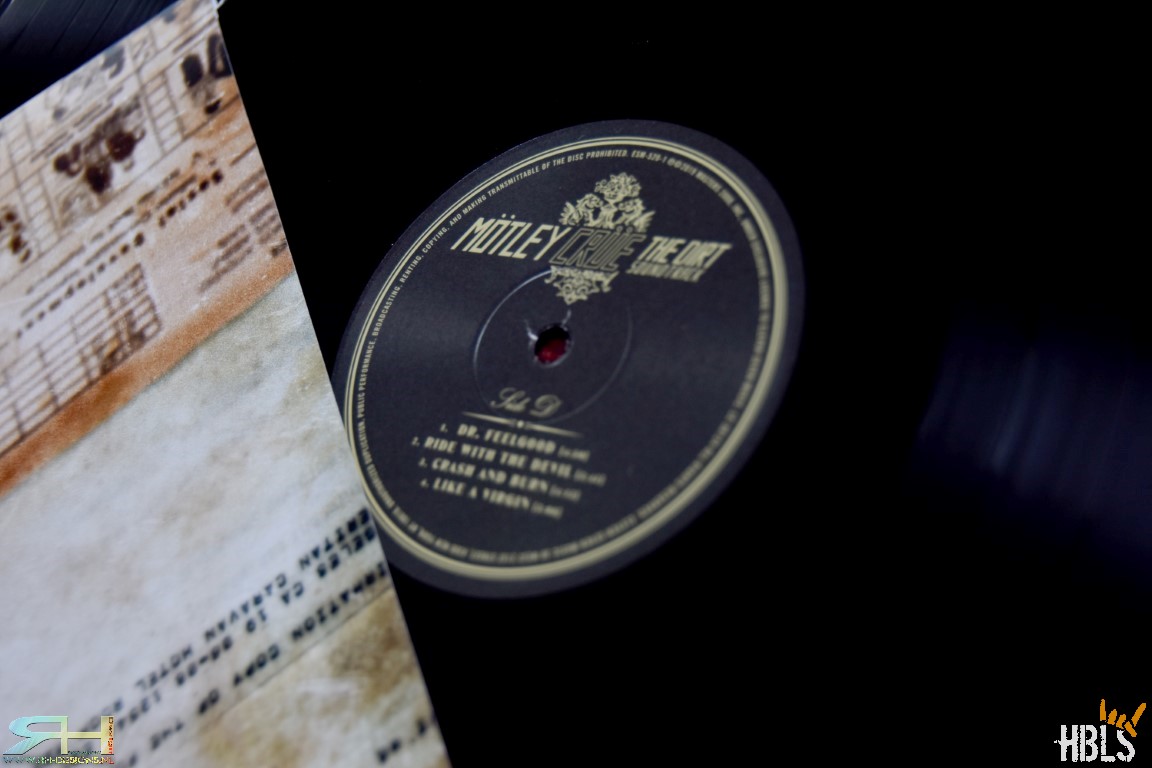 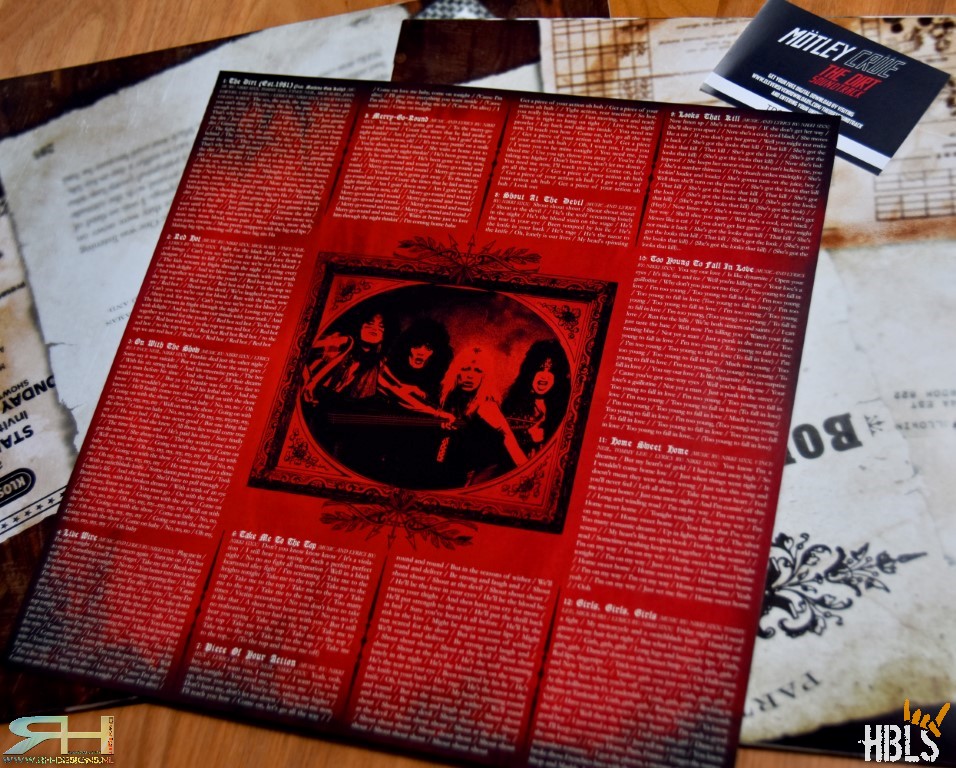 The records have nice labels and as we know from former releases everything looks amazing and stays true to the designs style, which was chosen. This release does not add much to the music that most fans already have and for sure the new songs do not add something special to the bands catalogue, but the records sound incredible and the way everything looks is great.
—
Vinyl Corner Episode 1 here