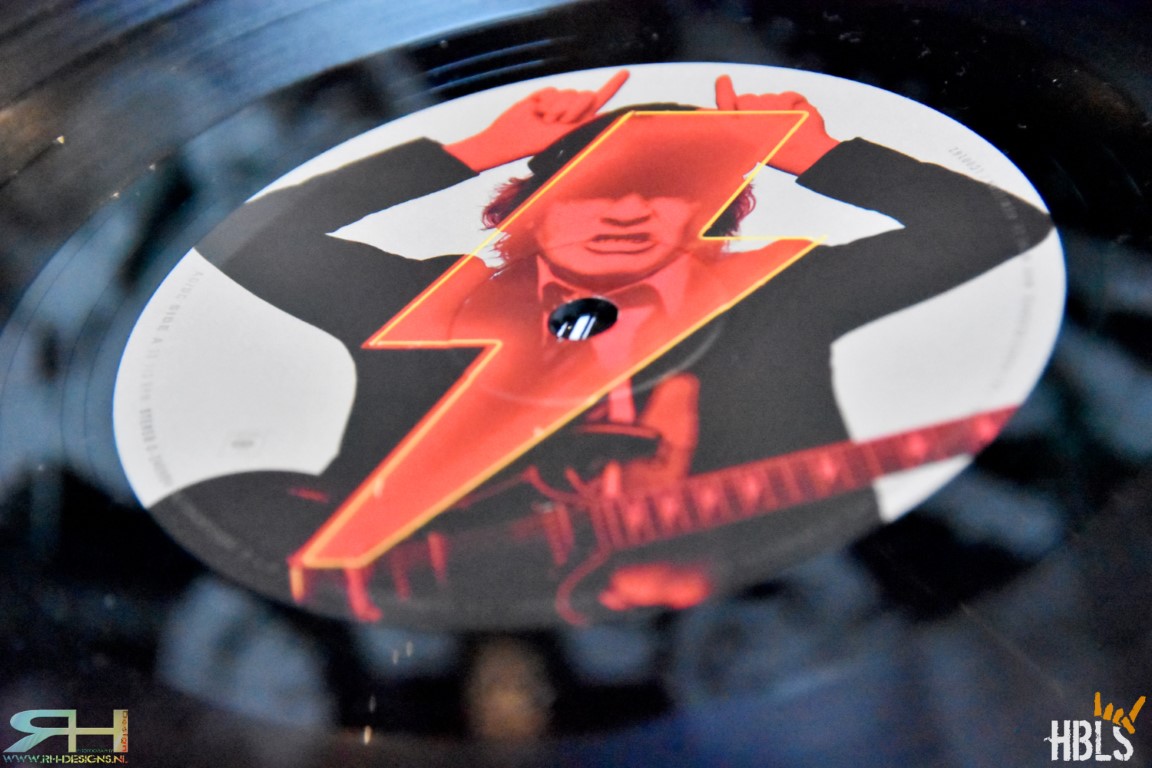 December 28, 2020 by Raymond Helebrand - More about our team

2020’s final edition of the VINYL corner will address some beautiful releases. 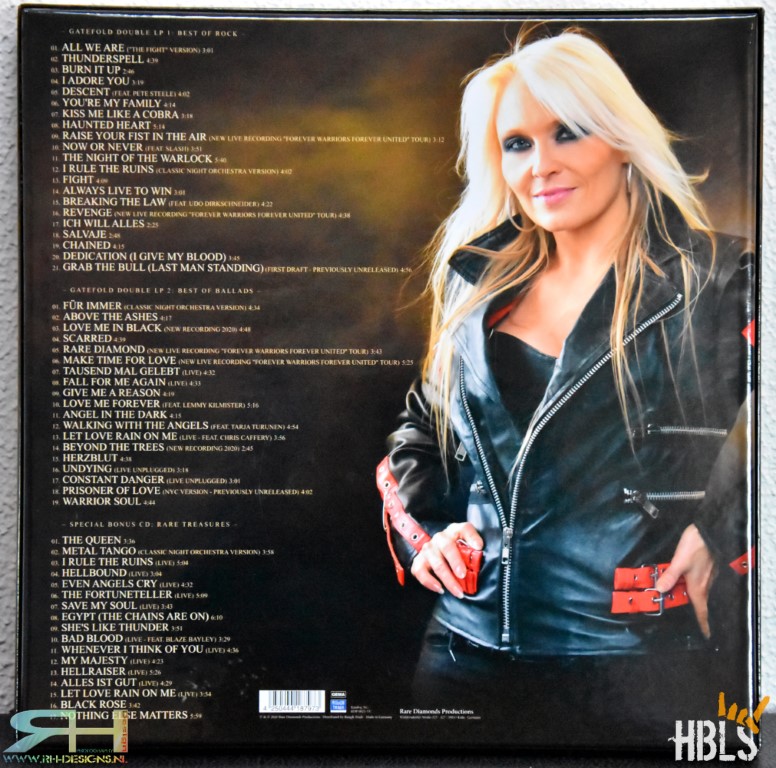 First in row is the insane `Best Of Rock, Ballads & Rare Treasures’ limited vinyl box of German metal queen DORO.
The amount of love and detail featured in this release is absolutely mind blowing. The box itself has an image of Doro on front and the backside features all songs on this compilation, as well as another Doro image.
The box contains 4 LPs, a bonus CD and a 2 sided poster. The LPs are packed as two separate double gatefold albums. `Best Of Ballads’ (white vinyl), `Best Of Rock’ (clear vinyl). Both albums do also have separate printed inner sleeves that have tons of images that have been captured throughout Doro’s career, letter statements from Doro and songwriter credits, info on which album the songs were originally released or in case it is a brand new live release or previously unreleased material that is stated. And of course the additional designs credits, Management, endorsements etc. etc. The insides of the gatefold cover also feature images of the band, the artists that collaborated on various songs and of course Doro herself.
Actually, both albums could be released separately. Kind of like the latest Whitesnake releases `The Rock Album’ and `Love Songs’. 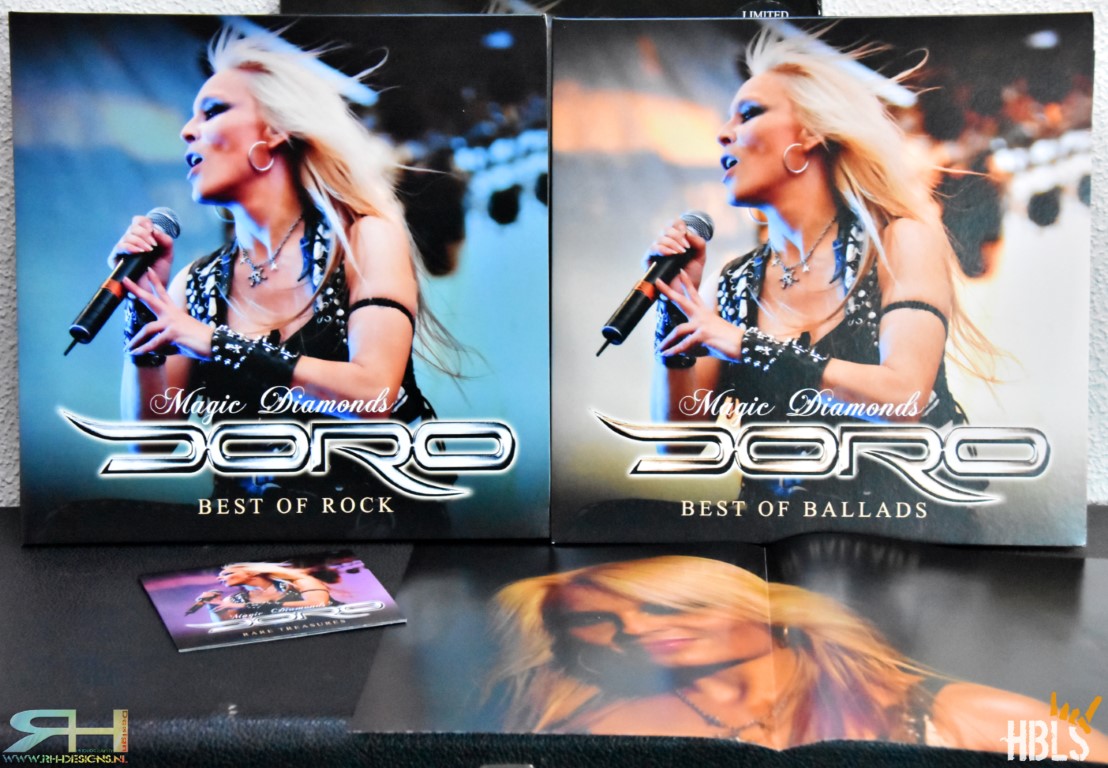 The extra CD features the `Rare Treasures’, that includes special performances of Doro / Warlock songs and cover songs the band has done. Some of them are released for the first time. The cardboard sleeve for the cd itself looks a bit cheap, but in regards to the rest of this box set, that is just a minor detail. 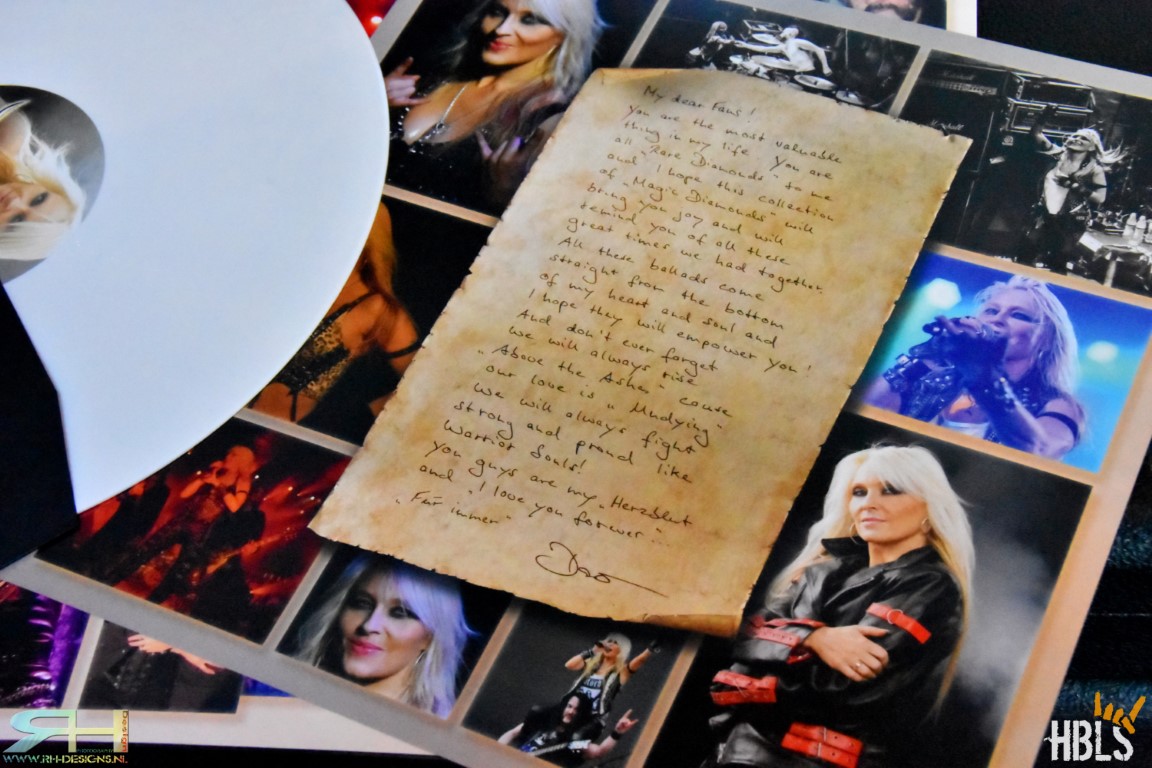 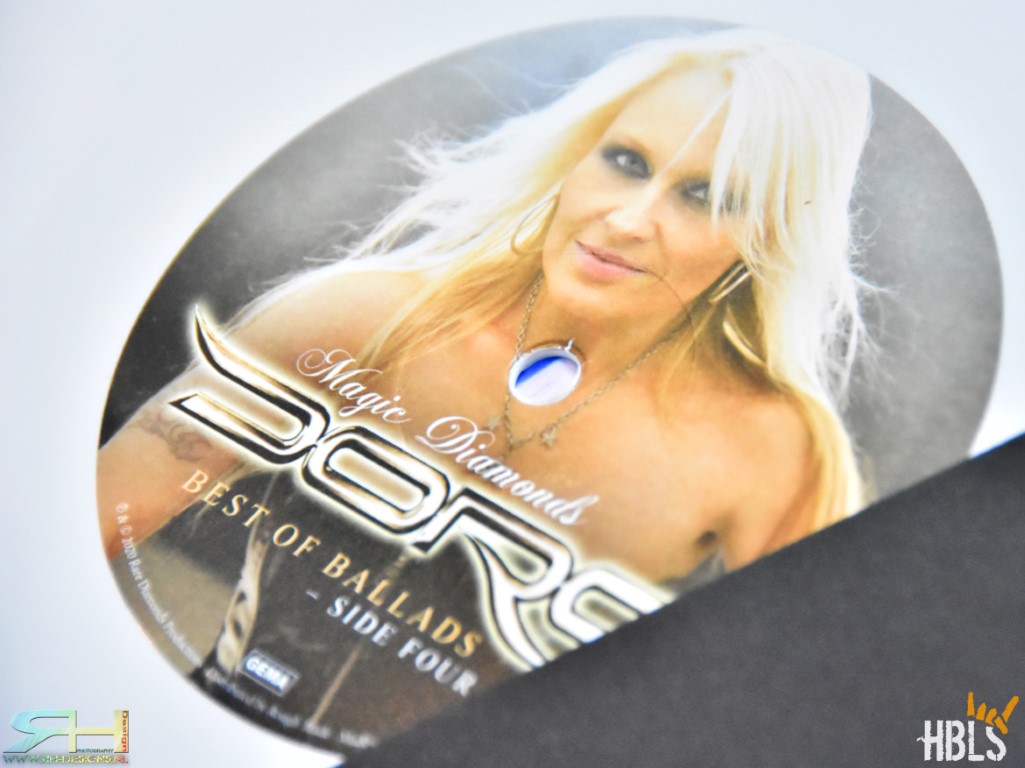 I knew this would be special, because I had the chance to talk to Doro about this release earlier this year. But the amount of love and detail in this personal release is noticeable in everything. Obviously Doro had a hand in every small detail of this box set. I don’t think any fan will be disappointed when they get this 56-song box set for Christmas. This should be the standard for artists and record companies, on how to release a record. Doro’s own Rare Diamond Productions did indeed deliver a rare diamond!! 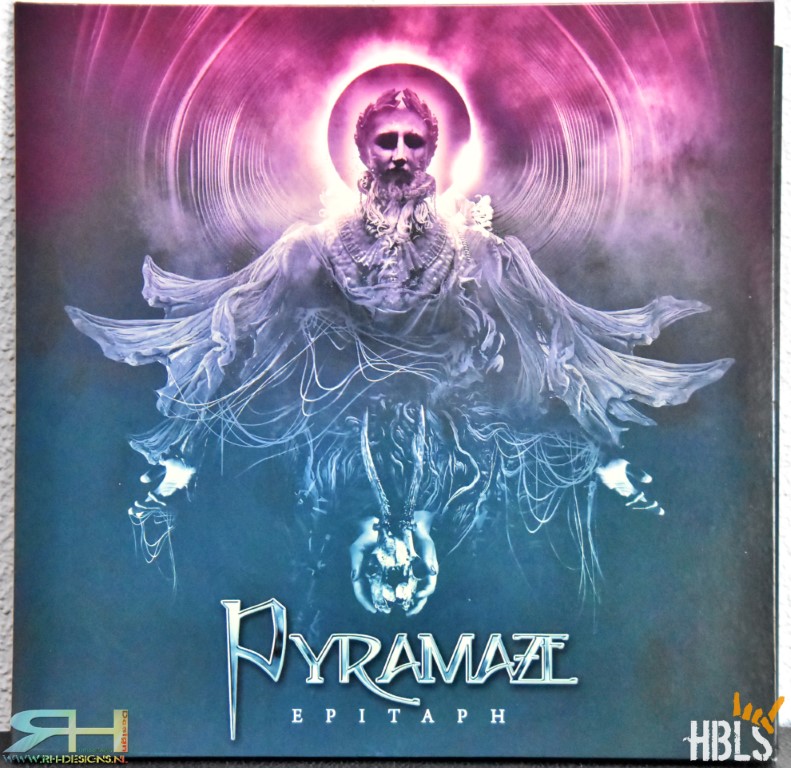 The next album I would like to shed some light on is the `Epitaph’ double album release of Pyramaze. This band did get a lot of great critics in the international press for this release.
The graphics and layout for `Epitaph’ was done by Remedy Art Design, a digital artist from the pits of Athens, Greece, who also is credited for his work for the new upcoming Evergrey release. The whole gatefold cover is really an on-going piece of artwork. The backside of the cover features the song titles. The only thing I would have not done is to add an ugly white sticker on the bottom. Yes the one with the barcode. In the middle of this great artwork it is just a pain on the eye to me. 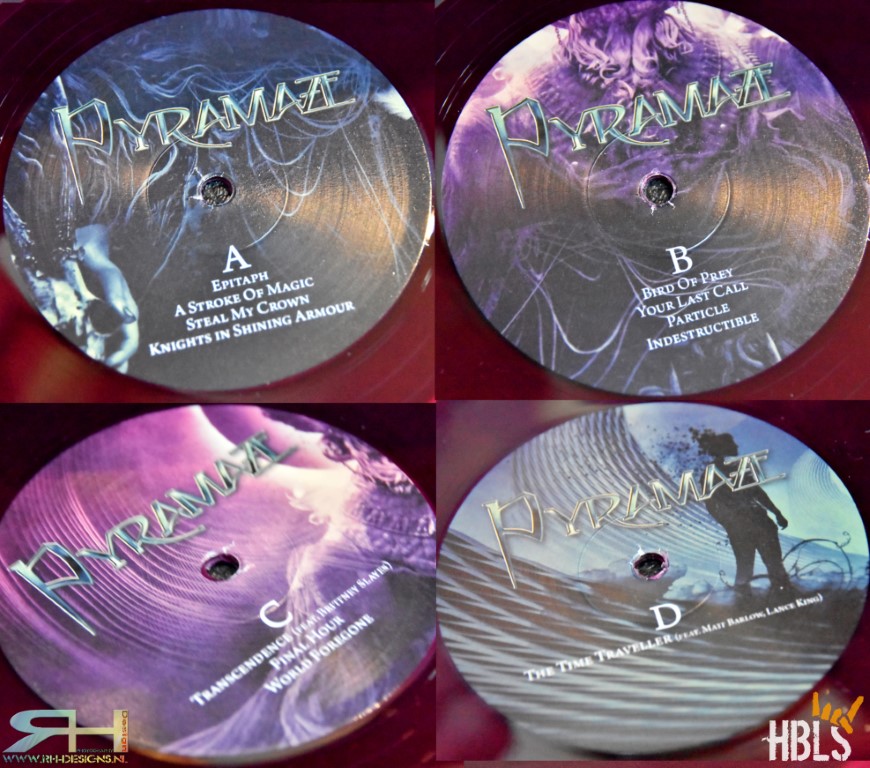 The inside of the sleeve has a compilation image of the band members, all the song lyrics, credits and yes indeed, beautiful artwork. The two records themselves are in transparent violet vinyl and have  different labels for the every side of the records.

All in all a tasteful release that matches the music captured by the band. 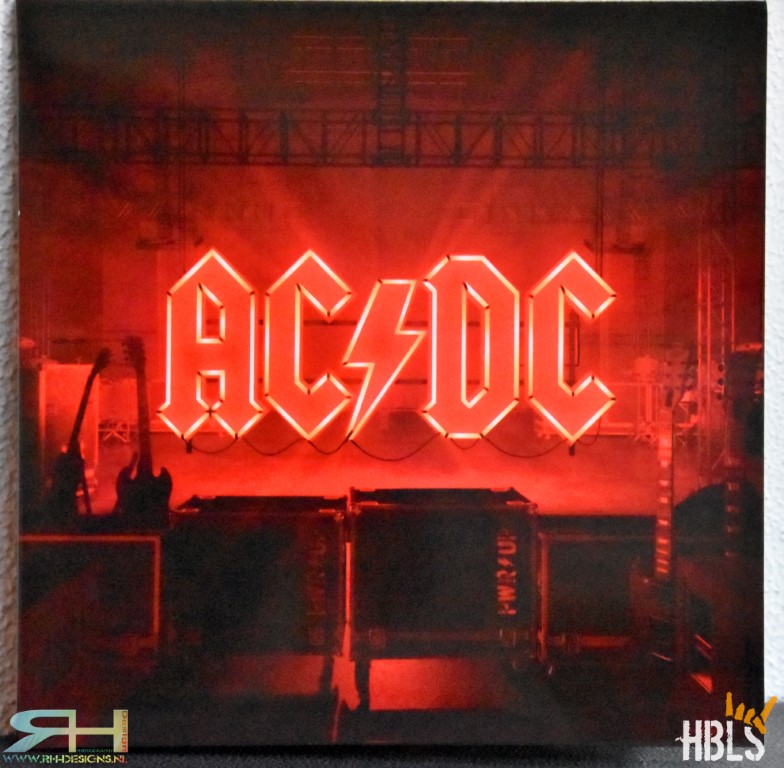 And last, but not least.
The vinyl release of the latest AC/DC record!! `PWR/UP’. The expectations of a lot the fans, the critics were high, higher & the highest. And from my side I can only say that they have delivered one of the finest releases since 1980’s `Back In Black’! The songs on the album did already have their reviews, but how about the artwork for the record. 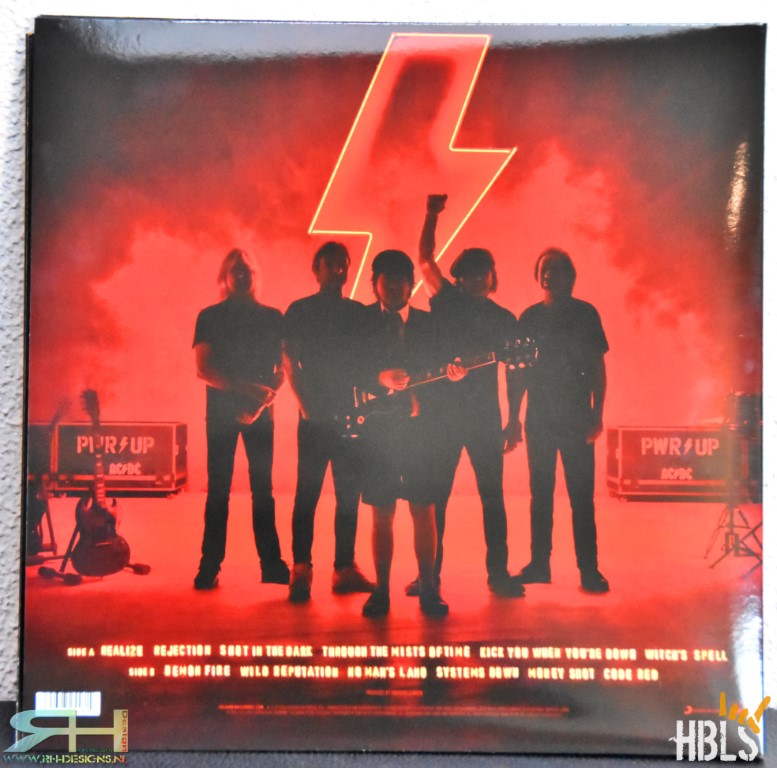 The artwork is great! The creative direction & photo crew that worked on the design for the release also delivered.
The cover art was done by Ben Ib. Not a unknown name in the scene, who also worked with artists like Roger Waters, Paul McCartney, The Who, Robbie Williams and so on and on. With a little research I found this site, were he explains he has been a fan of the band ever since his youth. Check the link for more info on how the cover became its final form: https://www.hypervague.com/work/acdcpowerup
The fact him being a fan of the group shows clearly. The photography was done by Josh Cheuse, who already worked with the band before. 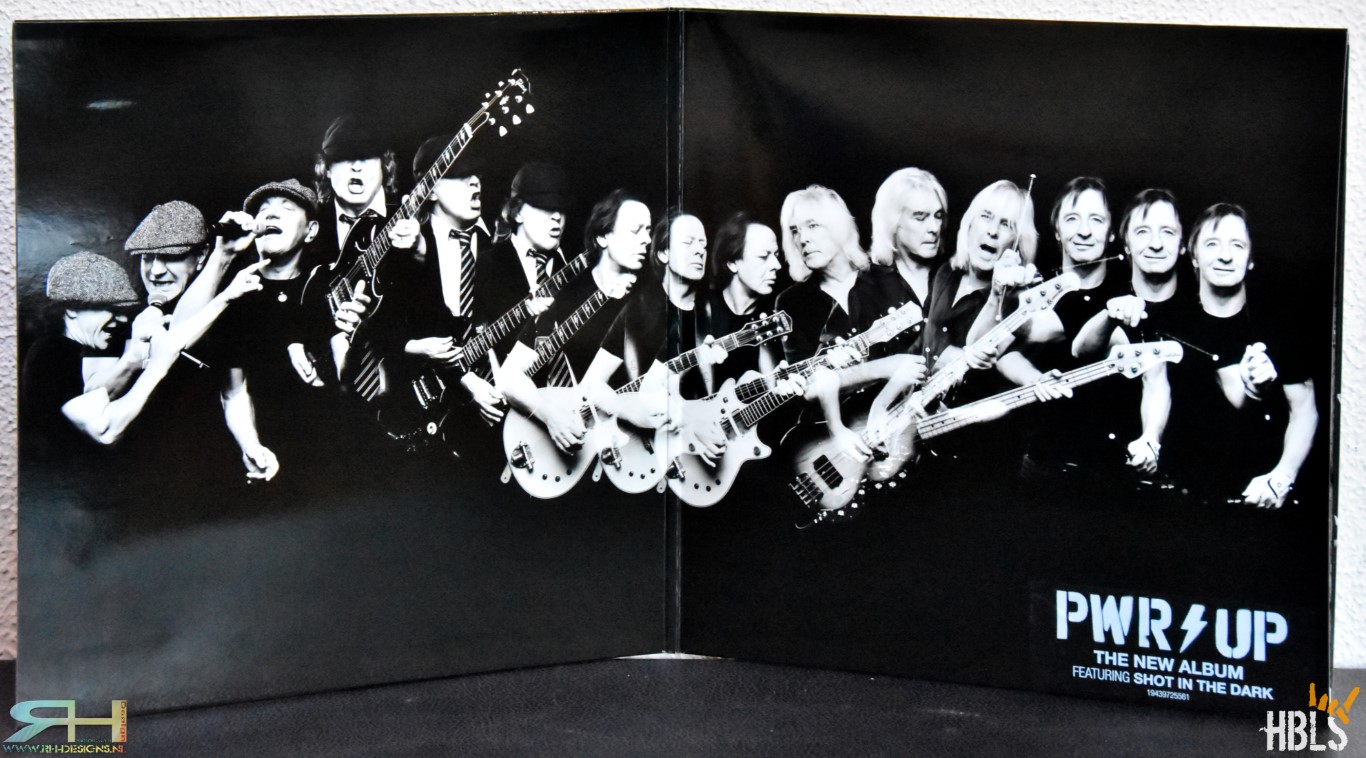 The concept of the cover looks simple, but I think every detail was well over thought and executed. The stage scenery and the red neon AC/DC in the centre of attention on the front cover, while the back side shows the band on the small stage and the song titles are featured on the bottom of the cover. 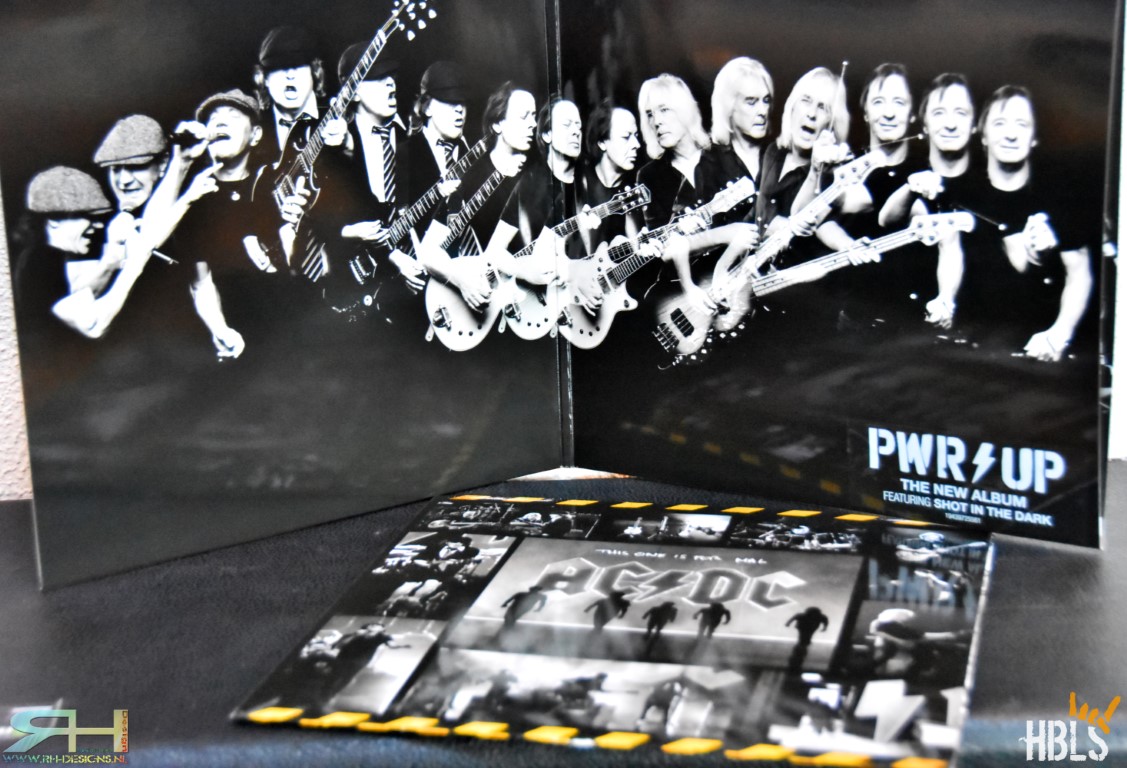 The inside of the gatefold sleeve has a well-arranged and photographed compilation of Brian, Angus, Phil, Cliff and Stevie. The album sleeve has some more images of the band members and a picture of the band in shadows in front of the logo with the text “this in is for Mal” says it all. Without him there would have never been an AC/DC. 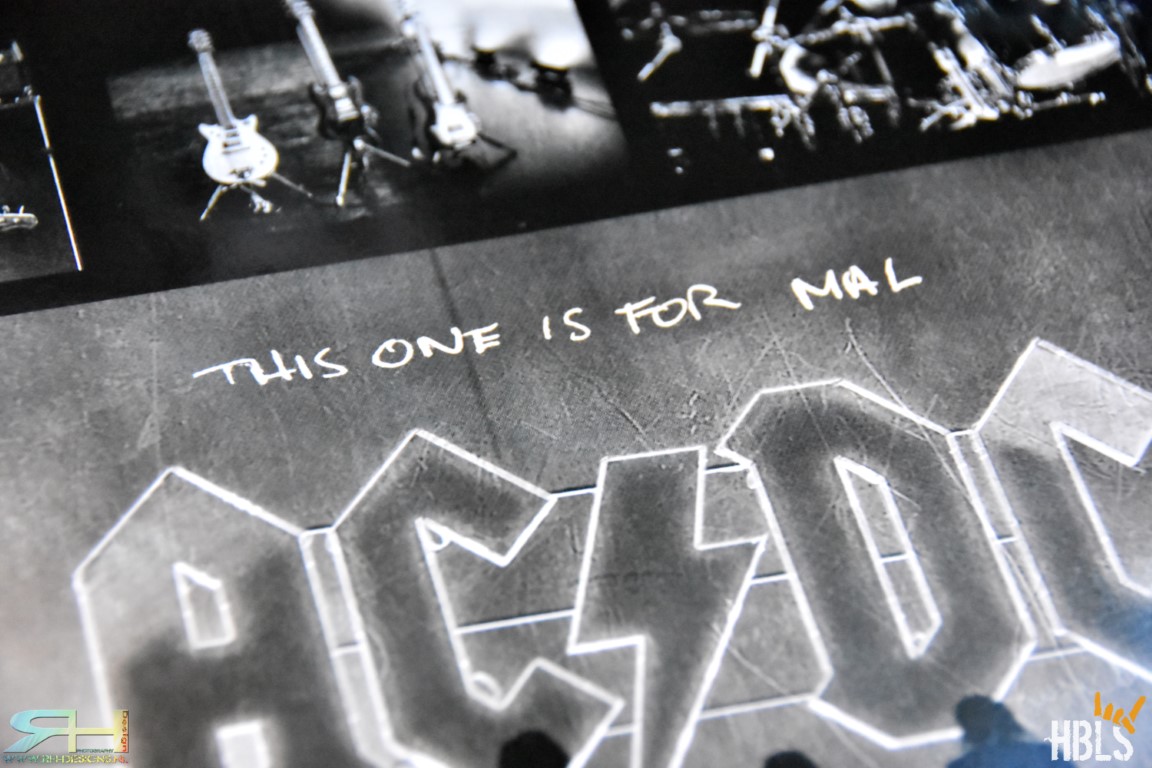 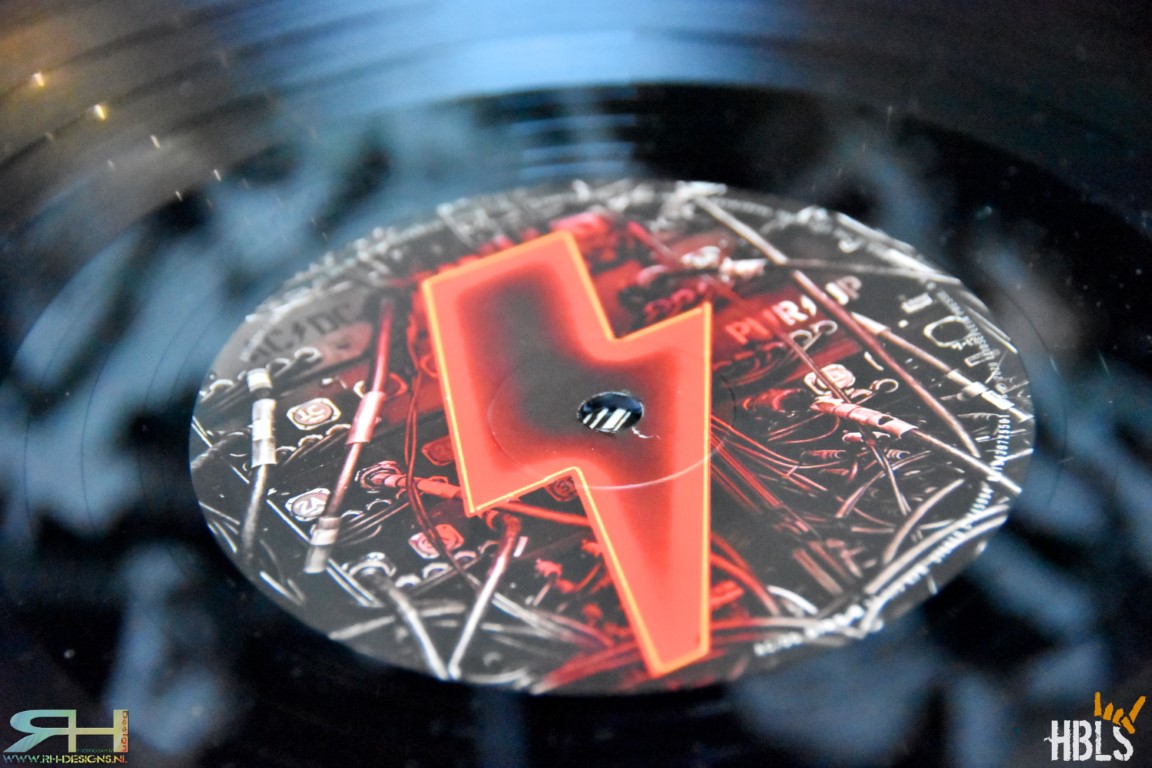 The other side of the album sleeve shows an image of the backside of a power unit and the band, song, art, thank you credits. A very nice detail to me is the fact that the inside of the gatefold sleeve also has this same image print.
The labels on the record show Angus on one side and the power unit image on the other side. The trademark AC/DC blitz is shown on both sides. I went for the standard black vinyl, but there are more vinyl options, as well as a picture disc release. But I am sure they all will have the same amount of work and detail on it.

To me this release is worth every cent of it. For both the visual aspect and of course the MUSIC.