THE WORST VENUES I HAVE EVER PLAYED 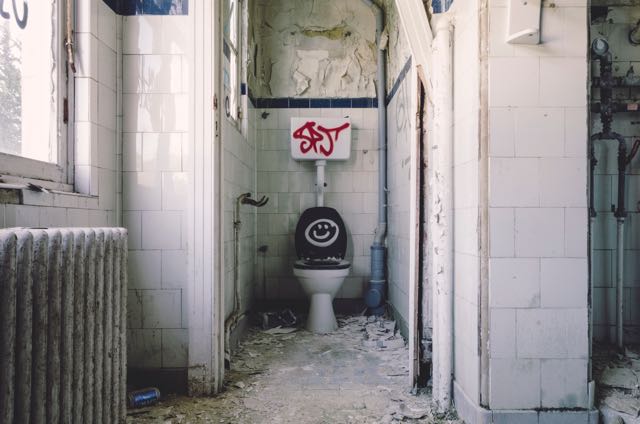 THE WORST VENUES I HAVE EVER PLAYED

Hi there readers and how are you all?

Good, then let me begin.

The worst venues I have ever played. Now let me tell you this, that no matter how bad it can get, it can get worse. But don’t let that put you off! Unfortunately it would be rather irresponsible of me to name names as these venues may well still be in operation, and I don’t want to end up in court for slander. But I will name the towns or cities they were in. Does that sound fair? Good! Oh to hell with it! I’m sure one of you will break me out of jail? There are too many to mention, so I’ll just give you three.

Playing in bands as you know can take you to places that not even God is aware of, and some venues that you wouldn’t leave your dirty underwear in. Well, some years ago I was playing in a band called Freehand, a trio, and we were asked to play at a venue on Hammersmith Broadway in London, a stone throw from the Odeon, but the Odeon this was not, but I just can’t remember the name. Anyway, it was underground, a dingey place, with a smell to tingle the nose of a tramp! To my horror when we walked in, my initial response was to walk out again. As I approached the stage, I was greeted by dog faeces, yep, dog faeces! “This is a good start”, I thought. The dressing room was no bigger than a broom closet, which was just as well as there were only three of us. It smelled of stale cigarettes and alcohol, this is of course before the ban on smoking became the norm. It had grey carpet on the walls to dampen the sound, but it was peeling off and the customary graffiti that looked like children had been let loose and told to express themselves, and Picasso, they are not! The PA system was nothing more than what looked like a transistor radio, but it seemed to do its job for soundcheck and the gig for what ever reason, was brilliant. The place was packed and the response was amazing. I can still see the place as I’m writing this column, I just can’t remember the name. It’ll come to me, I hope? The venue manager was very pleased as the crowd drunk the bar almost dry. Hence we got paid. Lovely, best part of the night!

Way up north, in Bolton with Kyrbgrinder, there was a venue and again the name escapes me, it does happen when you get to my age. This was a reminder and a good leveller, that one should never become complacent, to say that the venue in Hammersmith was bad, it just got worse! The live room was no bigger than your front room, really, and the gents toilet, well there were flies all around and the bowl was broken and looked worse than the loo in that awful place in the movie, Trainspotting. This was a deprived part of town where even the Pitbull Terriers had bodyguards. I said to the dear lady whom was in charge of booking the dates on our behalf, “What have you done? Why did you bring us here?” To which her reply was, “Don’t be silly, you’ll do the best gig of your life here”. If you passed wind you’d clear the room, luckily no one did, so all was well with the world, for the moment anyway. Anyway, it seemed as though someone had already passed wind and left it on the walls! Yuk!!!! To say the least, the dear lady was right, the show was fantastic in spite of the crowd being virtually on top of us and a good time was had by all. We got paid and left with our gear, what more could you ask for? Would I go back there? Hell no! I don’t think it even exists anymore as it would more than likely have been condemned by now! These places are an eternity, they will always be there, and in a way are essential for up and coming bands to know what it’s like to be on the bottom rung of a very tall ladder! It had no dressing room, or should I say if you were brave enough to use the toilet as one, then be my guest, you’d have to negotiate with the local inhabitants, yes, the flies, who were reluctant to share with anyone!

The Bastard Club in Osnabruck Germany was not a place I had expected to be such a, well, Germany is renowned for some good venues, so I don’t quite know how to describe this place, err, bloody awful, said one member of the band, sorry, but it’s true, it may well have been updated by now but then, it was a dump! I do apologize for any upset I may cause, for on a previous Threshold tour, this was one of the venues that the agent decided we should play. Why, I don’t know, and if I ever see him again I shall ask him. The only good thing about the venue was us leaving. The stage was no bigger than a postage stamp, and remember there were six of us in the band at that time, so consequently there wasn’t much room and the audience were staring you in the face. It was a dark place that felt that it needed to be, exorcized, or was it just me? A silver cross or some garlic would not have been out of place, now as I said this was a while ago so it may well not be the venue I remember, in fact I hope not. It was grimy to say the least, and I doubt the flies in Bolton would have ventured into this place, but there you go, we came, we saw, we played and we left, quickly! As far as the gig went, that was pretty awful too, and when we left the stage we vowed never to return. We just couldn’t get a decent sound. Why is it so many venues feel that you have just walked into the devil’s front room? Maybe we have? Mwha ha ha ha ha ha!!!!

You have to take the rough with the smooth for I have been very lucky to have played some absolutely wonderful venues, so I count my blessings that I’m in the position to have had the experience that I’m able now to write about and share them with a grin on my face in remembrance. I thank all of these so called dumps that I have played that I’m able to appreciate the good ones.

So no matter what venue you’re in, the performance is what really matters, and all of this will one day be just a memory.

Thanks for listening. There is so much more to tell, but I can’t tell it all yet, for it is not yet done!