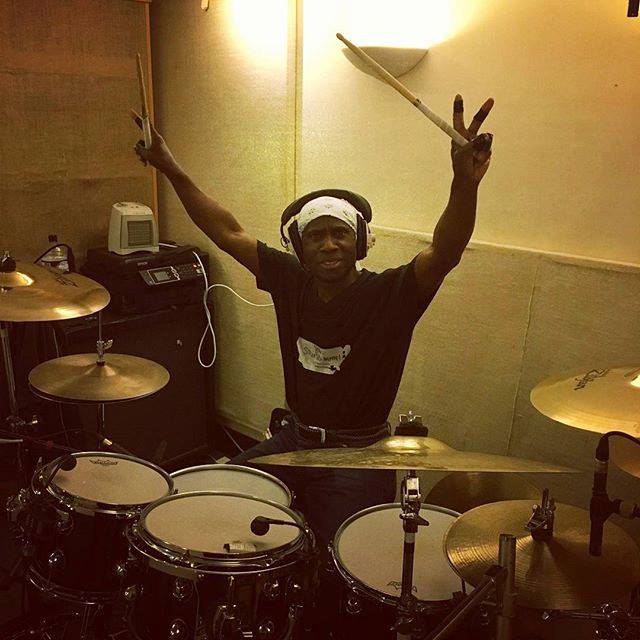 Hi everybody and hope you are all well.

A few weeks ago I was recording the drums for the latest Threshold album. As you all know it will be released in the near future. It was a blast. The setting up at Thin Ice Studios and working with whom I now call Two Daddy Groom is always a pleasure. I don’t know how he has acquired so much info about recording, but I must say that what he doesn’t know isn’t worth knowing. I was asked to lay down drum tracks on 11 compositions over three days, and in true Grimes-fashion I was ahead of schedule. Oh by the way, they call me Grimes, I may tell you why one day when you have an hour or two?? Lol.
Karl always gets exquisite drum sound and it seems the further down the road we go, the better he gets. I won’t go into the boring technicalities, but it works and we now have a system that has been proven.

I used an old Premier kit of which series I am unaware of and cost me a total of some £180.00, but let me tell you, you’ll never know. A 20″ X 14″ bass drum 10″ X 6″, 12″ X 8″ rack toms and a 14″ x14″ floor tom. A Pearl Steve Ferrone 14″ X 6/5″ snare drum, which I must say is more than likely the best snare drum I have ever had the pleasure of playing. And seeing that I have a collection of some 27 of them, I know what I’m talking about! Cymbals were a 20 Zildjian K dark ride, two 18″ Zildjian crashes and a 18″ Paiste 2002 china type. The hi hats were 14″ Zildjian quick beats as a main and a 13″ Zildjian Z heavy bottom with an unknown medium 13″ top that works very well as a second or closed pair. It’s usually just Karl and myself in the studio, with him barking out orders. Or sometimes Richard will assist in what he wants and what he wants to sound the way he wants it. Does that make sense? No, I didn’t think so! It’ll be a matter of running through the tracks and playing along until we find a happy medium, then hit the record button and away we go. More often than not it’s one take and repair what needs to be, as we may well get a good performance, then onto the next. When all is done, I’m told to go home. That’s it really. We have such a good time that the next thing we know is that the album is being released under the umbrella of Nuclear Blast Records. I hope you all enjoy the next Threshold release and see you all at the future shows. 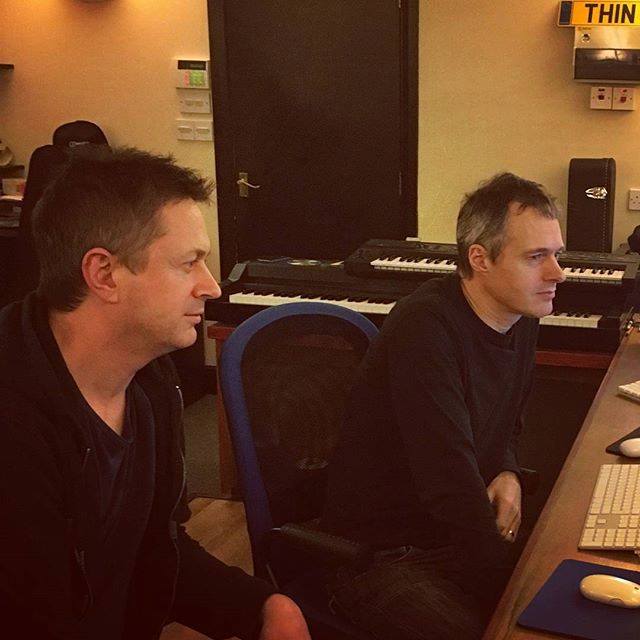