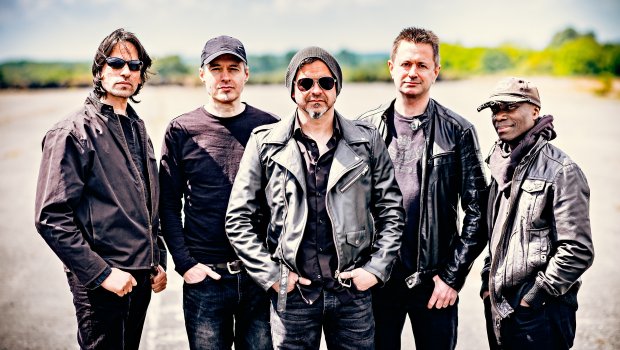 Good day to you all and hope you’ve had a good week?

Well. Threshold were away early September for a couple of festivals in Italy, Veruno and Hungary, Budapest.
Again it all started at Heathrow T5 and knowing how much I dislike flying this was not going to be a pleasant journey until my feet hit terra firma. So after booking in our outsize luggage we are told that the flight was over booked and that only three of us can go and the other two had to get the next flight! What? The agent booked our seats months in advance, but this is what airlines seem to be doing on a regular basis that guarantees a full flight. So Karl and Glynn decided to wait, then Steve and Karl decided to wait. But we are told to go to customer services and see what they can do. Steve, in his wisdom, had given me the wrong gate number as he thought the gate was boarding, so I hurtled off to Gate16 only to be told that this was not my flight! I sensed that maybe someone was trying to get rid of me? After being corrected I went to the correct gate and low and behold there were seats free and we could all get on the same flight, but that was after I was given the wrong meal that I had ordered and hence had to run back to the takeaway to get it corrected. A comedy of errors. Phew! At last we were on board to buckle up and take off, you know the rest! We land in Milan Linate after a two hour nightmare called a flight, and are picked up by a lovely chap who then takes us to our hotel, called Emotional Hotel? Hmm. We are given our room numbers and keys and off we go. What the??? My room is, well hmm, a bit strange to say the least as the shower is more or less in the middle of the room and completely open! Just as well I wasn’t sharing! A huge king size bed and a large mirror on the ceiling. Yes, a mirror on the ceiling! Great, I can get changed lying down. Use your imagination….  We are picked up a little later and taken on a 20 minute ride to the festival to meet the organizers, be given passes, fed, and watch a bit of the goings on to prepare us for the next day’s event. 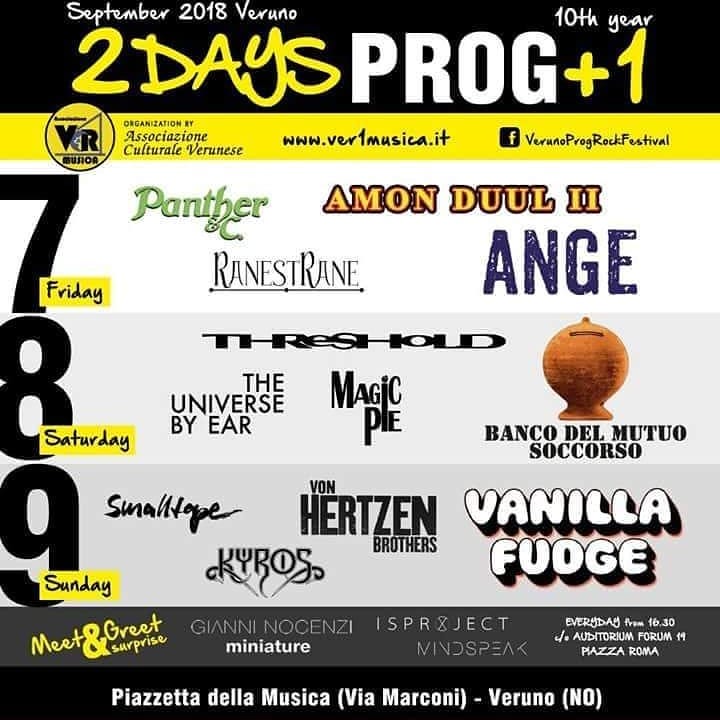 After a good night’s sleep.
I think, as I kept thinking a mirror was going to fall on my head, we are again picked up and taken back to the festival for a morning sound check to which the crew were very helpful indeed, thank you Graham. After a couple of hours getting all things prepared for the show, it’s off to lunch, and what a lunch, a Vegan’s delight! Yummy! But this was early afternoon and we weren’t playing till 11 pm that night, so there were a few hours to kill before going onstage. So it’s back to the hotel for an afternoon siesta. Some hours later we are picked up again and taken back to the event to get ready as witching hour was fast approaching. Cometh the hour and the next thing we knew we were onstage blasting out the opening number ,,Slipstream” and it’s a two hour set. There were a couple of technical problems that were overcome, I suppose to be expected after a few months lay off, but we soldiered on through seamlessly gliding from one song to the next. For me the highlight of the night was ,,Snowblind”. Now the word Snowblind doesn’t actually appear in the song, which made me think, “Am I playing the right song?” Oh yes I was and it’s a blast as I get to do my stuff. A little self-indulgent I know, but I think I’ve earned it! Before we knew it we were playing the last song ,,Small Dark Lines” to which the MC Octavia had painted her deepest regrets on her arms. I wonder what they were? We steamed through and ended with a bang and crash and wallop! Thank you and goodnight!  After handing out momentos and signing pictures and giving little speeches to adoring fans, lol, we gathered our clusters and made it back to our hotel. A quick shower and ease our way back to reality for the next day was fast approaching!

Up at 8 am.
Hit a bit of breakfast and get picked up for our journey to the airport for another flight to Hungary. I don’t particularly like flying on the day of a gig as I don’t like flying at all. So there was a double wammy! Glynn and myself wandered off on our merry way and sat down to relax and wait for the gate to open. I decided to see if the other guys were waiting, but as I made my way to the said gate I was stopped by a lady and asked where I was going to which I replied “To see if my buddies are waiting for us?” She asked to see my boarding card and said “Sir, you’re in the wrong terminal, you want terminal B and this is Terminal A, sir”. DER!!! We make our way to the correct terminal through passport control, we board the correct flight to the correct destination as we could have ended up in Lisbon, which I guess is quite nice this time of year. Finally we land in Budapest, after an hour nightmare, we pick up our outsize luggage and make our way to the exit to meet our handlers, for want of a better word. We place our gear carefully in the back of our yellow bus and make our way to our hotel in central Budapest. I must say that our rooms compared to what we had just left seemed very ordinary indeed! But there you go, it had a bed, a shower and all the bits to make one’s stay comfortable. An hour passed by in a blink and it was time for us to make our way to the gig, which was in a rather strange place as it seemed to be in a car park next to a busy street. No chance of anyone complaining about the noise and what a racket there was! A real metal fest and an assault on the ears. The Italian fest, Two Days Of Prog says it all really, prog to metal!! 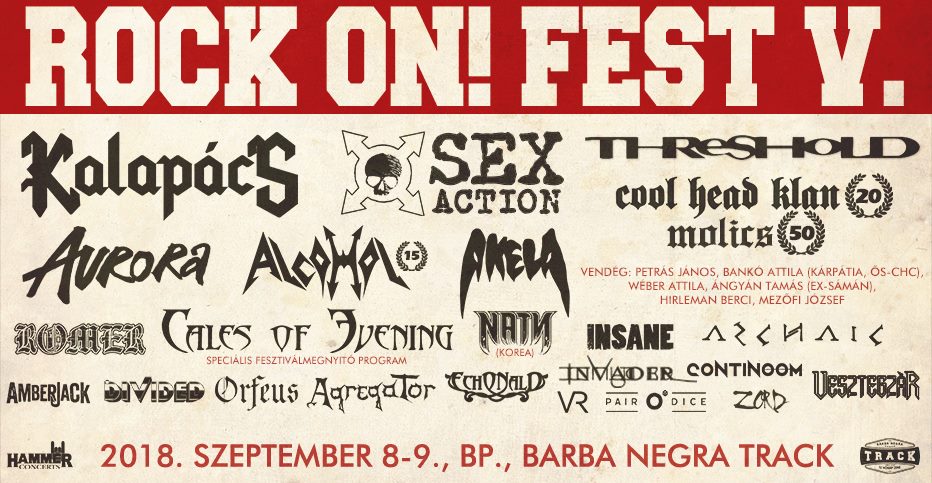 We were well prepared for this show as the previous night was a warm up and wow did we have a good time, again gliding from one song to the next with and Glynn giving a masterful performance. Soaking up energy from the crowd we all gave a masterful performance if you don’t mind my saying so and 45 minutes later we were once again gathering our gear to make our way back to our dressing room with a brief meet and greet and a pic here and there. There was of course a customary glass of red for Rich and Karl waiting and there was also an interview going on with Karl and Glynn that I was unaware of at first. Anyway, after a brief chat with the interviewer it was time to go and after thanking those who made our trip all so worthwhile and meeting a young lady who made her way all the way from Hungary to London to see us last November, it was goodbye and see you when fate brings us back together. After putting our bags back into our rather modest rooms we gathered downstairs and reflected on the weekend’s performances. I must say I had a great time and I do believe I can speak for all of Threshold.

The next day we had a few hours to spare before being picked up and taken to the airport for our flight back to London.
So we had a walk around Budapest. We made our way to the A38, isn’t that a plane? Anyway, we made our way to a venue we had played at 11 years previous. Wow, how time flies when you’re having fun! Budapest is a wonderful city and becoming Vegan friendly would you believe, as I saw a couple of eateries that would woo my taste buds. Cool! Then it’s another pick up to another airport for another check in of outsize baggage to board another flight back to London! I am not sitting next to Glynn anymore as he kept saying that because I had used my phone in flight mode the pilot had lost control as we were hovering and circling over London, and that the oxygen masks were of no use as you’d be unconscious before the plane hit the ground! Thanks Glynn as you made a man who is petrified of flying a nervous wreck. I’m not your friend anymore GRRRRRRRRR!

I crept out of the plane and passed through the various gates to baggage reclaim and stood waiting for our stuff which took its time, only to discover that Steve’s bass was missing! Yes, missing! I suppose it’s karma as he sent me to the wrong gate! Lol. Another trip to customer services who informed us that it had been scanned and would be on the next flight to London, which would have meant another two hour wait! But some minutes later a very kind employee appeared, holding Steve’s bass. Where did that come from? Someone needs to go to Specsavers! Phew, let’s get out of here! We say our goodbyes and say we’ll meet at the next rehearsals for the tour in October. They start in a couple of weeks.

All in all we had a wonderful time and it’s a real privilege to be with such a nice bunch of lads playing music that we enjoy. How lucky are we? Thank you Threshold and thanks for listening.