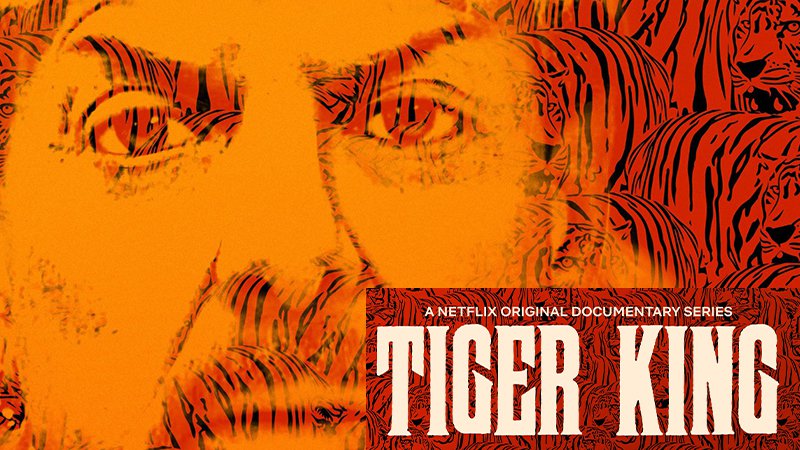 Hello my friends and hope all is well? How has lock down been treating you now that you have so much time on your hands?

Well, I have once again been Netflix binge watching, Tiger King. It was recommended by a friend, I did see it advertised, but it didn’t really grab my attention. So I thought I’ll give it a go, and my goodness me, how are these people so larger than life itself? You couldn’t write this! The egos of Joe Exotic and Carole Baskin are bigger than Jupiter’s magnetic field, and let me tell you, that is BIG!!! Only in America would this kind of behaviour be tolerated. Come to the land of the free and the home of the brave, but they forgot to mention the palace of the insane, ridiculous and downright ludicrous!! But how entertaining it was, I couldn’t stop watching, just one more episode, just one. In the end I ended up watching the whole season in a day and a half. Compelling, well, I wanted to see the outcome of both main characters. Did Carole kill her first husband? No doubt, but to be honest, my main concern was for the animals. How on earth could you have more big cats in captivity than there are in the wild due to the breeding programmes they have? That doesn’t make sense to me!

There seemed to be a show within the show where Joe was being filmed for a documentary whilst filming for the internet. His husbands, his acting for the camera by firing individuals for no reason, so as to be seen to be in charge, when all the while, he’s afraid of big cats! You know when some people will do anything for fame, even sacrifice their own liberty to achieve their aim. The characters are so unreal and the only ones being themselves are the animals, go figure. It’s all so ridiculous that it’s very engaging and will have you either laughing out loud or shaking your head in disbelief. I did both and I highly recommend it, even if it’s for the “You’ve got to be joking” factor.

Did Joe get what he deserved in the end, you tell me? Is he guilty, you tell me? Is he a no good two bit lower than a snake’s belly in a wagon rut custard faced ineffectual waste of good DNA? Most definitely! He didn’t have the animals’ best interest at heart. Shame on you, Joe, as it was all about him, and her! The battle is the main focus of the series, but I won’t give you the complete plot and spoil it for you, you’ll see why. Please watch it for yourself, you may well get a good laugh out of it. That’s showbizz.