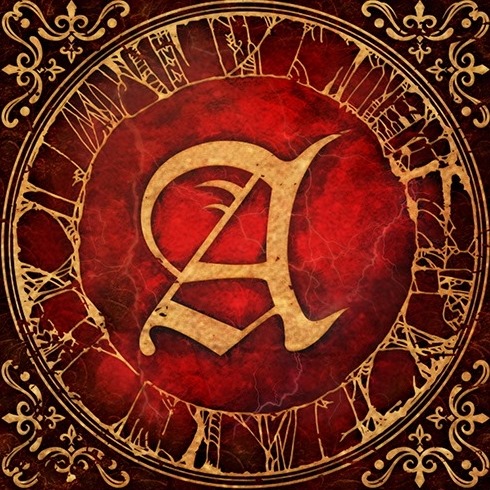 Good day dear people and how are you? Still alive and healthy? I do hope so.

Now recently you may have discovered that I am involved in Arjen Lucassen’s latest Ayreon project `Transitus’.
How did it come about? Well, I got an email from Arjen, asking if I would sing on his next album. This was about a year prior to me actually doing anything. I thought to myself, why would anyone ask ME to sing? I’m a drummer and he must be deaf! Anyway, I contacted my PA who also goes by the name of The Vegan Drummer Rescue Service, to see if it was legit. Of course it is, they said. If he asks you to do something then it will be done! It was also a secret. About a year later I got another email asking if he could send me some material, mainly the vocals, and how would I interpret and so on. Now I was wondering how and where could he have heard my voice? Unbeknown to me, he had a Kyrbgrinder album. Oh dear! Does he want his money back? He then proceeded to send me the guide vocals, which I thought were brilliant and far better than anything I could do and I told him this, but he was insistent that he wanted my voice. Sucker! Lol. Okay, I’ll do it, but on your head be it, dear Sir. A trip to Holland was planned and goodness me, I had to fly! The weather was awful, it was extremely windy. You can only imagine what was going through my mind, knowing that I don’t like flying. The VDRS kindly took me to my vocal session on its birthday. I met Mr Lucassen and my first thought was, I hope he doesn’t tread on me as he might not even see me from up there. Lol. Anyway, we had a quick chat, a cup of herbal tea and off we went to do what had to be done. Now I must admit I had a bad cold and wasn’t at my best. Luckily I didn’t have to sing that many lines, I play the part of Abraham. Because of my cold some of the notes he wanted me to sing couldn’t be done. No matter, when you feel better, come back and finish what couldn’t be done today. Cool! Another trip to Holland was planned a couple of months later, by train this time, a far more civilized way to travel, because at least you’re on the ground. Unfortunately that trip had to be postponed because I didn’t have my passport. It was still at the American Embassy for a planned Threshold trip to the USA. Eventually my passport was returned and off I went to jump on the train at St Pancras to take me to Holland. I was feeling much better by then, hence I was able to sing the parts I couldn’t on my first trip and I must say that it was great fun and it didn’t take very long. After a photo shoot with the lovely Lori Linstruth, I had the rest of the day to myself. The following day I hopped on a train to Utrecht, where I was met at the station by my dear friend Kris Gildenlöw. We proceeded to a rehearsal studio to have a jam. We had a wonderful time and created a composition. Watch this space! He has more talent than Waitrose has groceries! Unfortunately I couldn’t let him in as to the real reason I was there. We ended the day with an evening meal with Kris and his dear wife, you may know her, Lilo.

Mr Lucassen, he’s a real pleasure to work with, and he had me singing notes that I didn’t know I could. I was as chuffed as a Chaffinch, a little bird found here in the UK. Anyway, this all had to be kept secret and now a year later the guessing game. I had to record some footage of myself revealing that I was appearing on the new album. Someone asked if it was Ian Gillan from Deep Purple and Daniel Gildenlöw of Pain of Salvation. Really? I don’t think anyone would have gotten it if Arjen didn’t give a hint, but only if you knew of Kyrbgrinder which one person did. I was humbled to read the comments people were making and how complimentary they were about my voice. My father once said I sounded like cockroaches under the wallpaper! Well, I’m not known for my singing and I thank those of you who think I can. There were some shocked faces I’m sure, but they’ll get over it. It’s a pleasure to be in such good company and an honour to be on the album, as a singer!

I once again thank Mr Lucassen for having the belief and confidence in me that I was able to do what was asked of me. You’ll all hear the album when it comes out in September. `Transitus’. I hope you enjoy it as much as I did singing on it. It only leaves for me to say, thank you Arjen.