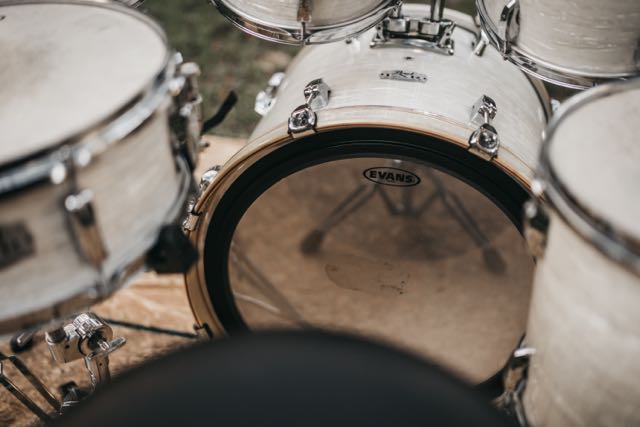 Good day to you my friends and hope you are well?

Let’s talk about a subject that is very close to my heart. Vintage drums.
Now, guitar and bass players, and anybody else for that matter can now leave the room with a yawn as this is going to get boring. I have a collection of vintage snare drums, which I have discussed with you in an earlier column, and yes, I still have them, though I won’t disclose as to how many. I’ll leave that to your imagination. Some years ago I worked in a shop called The London Drum Centre, and yes, they sold drums, amongst other things. Anyway, I was introduced to the many different makes that I would fantasise and drool over as to which I would choose. Slingerland were a company out of Illinois, as far as I can remember, and to this day I still have a couple snare drums made by this company who are now no longer in operation. Shame really, as they made great stuff. The drums would resonate, beautifully. Bev Bevan used these kits, do you remember him?

Who out there remembers Rogers?
Now they introduced to the world of drums the memory lock system, meaning that you wouldn’t have to guess the height and angle of your cymbal stands or tom holders. The only drawback was your stands case could end up weighing a few more kilos than a prize bull at a meat market. The other thing was that you also ended up with holes in your drums that would fit the 2.37 from London to Brighton. Yes, they were that large. I have a Rogers Dynasonic snare drum. With these, the snare wires, I’m going anorach for a mo, they were mounted on a bar and would be released and placed on the bottom head (parallel action) and snare side to the uneducated. But, seeing as they were so flat against the head, they gave you nothing, and consequently the drum would expose you, if your technique wasn’t good. Brian Downey of Thin Lizzy fame, whom I saw back in ???? on their Live & Dangerous tour used Rogers Drums (Silver) and he did a drum solo that was out of this world. Wow! Thanks Brian, you changed my life. Funny what alcohol can do.

Arbiter Drums.
They also made a host of other instruments and to be honest I wouldn’t have gone anywhere near these items of no use to man or beast! But in saying that I guess they sold a few, and were then brought back and their hard earned spondolies (money, LOL) refunded. I could go on and on and on about vintage drums, but I wouldn’t want to take up too much of your valuable time, so let me end with my favourite of all time, Gretsch Drums. These were the Rolls Royce of drums, for me anyway. They had tone, volume, depth, looks and came in a host of natural and plastic covers, and yes, I still to this day have a collection of these which are worth a fortune now! They sure don’t make em like they used to, with 5 ply Maple shells that made them sing. There are so many makes on the market these days with the likes of DW, Cobey, Noble & Cooley, but I do prefer the old gear as it seems to have a little more character. The difference between the Japanese and American makes was very slim, if you remember that Stewart Copeland of The Police, used Tama and still does to this day, 40 years on! I also have vintage Pearl & Premier kits and it’s a wonder to see how the technology has changed in the making of drums with Maple and Birch being the preferred woods of choice. Somehow, and this is purely my opinion, they have somehow forgone for quality for quantity, but that’s my two pence worth, and are now much of a muchness!

When you have reached at the top of the range of any make of drums, it is then a matter of personal preference as they all sound the same, old or new, when going through a 40k rig. No one will know, only you, and it’s important that you like what you hear that will inspire you to play that bit better and raise your game, so to speak.
For me, and call me old fashioned, vintage drums will always remain close to my heart, especially my snare drums, including my Ludwig Black Beauty and 400 series. Still for me, two of the best snare drums ever made! If you disagree, then please send your answers on a postcard to PO BOX Eat My Shorts, F.O QBX.