WHAT GIVES YOU THE CREEPS? 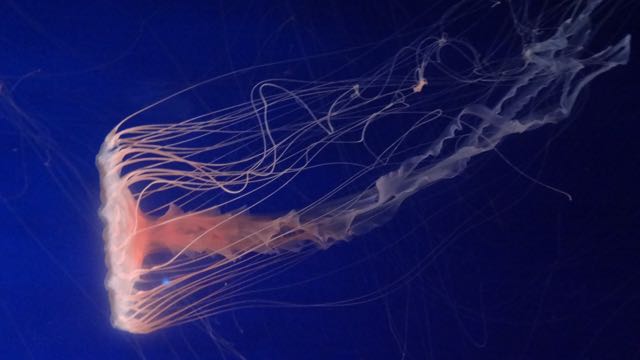 WHAT GIVES YOU THE CREEPS?

Hi all and how are you this week?

What gives you the creeps?
For me, my biggest creep of all has to be …. JELLY FISH!! Yeah, jelly fish! Go figure, as I’m not likely to meet any on the Tottenham High Road or down at the local supermarket, and if I do, then I’ll be the unluckiest man in the history of planet earth. There are others, but that’s the one that gets me most! They tend to glide along aimlessly with those tentacles lagging behind them. Cuttlefish and squid can, especially jumbo squid, ooohhh, and people eat them? AAAGGGG!!
You know when you feel that sense of, your whole life flashes in front of you, you feel the electricity surge through your bones, your flesh and consuming every part of your being, and then the anxiety takes over, then it could be gone, in a flash? Phew! Psychological and suspense horror movies can also have the same effect. You know, when something is going to happen, but you don’t know what? You say, “The suspense is killing me” then, WHAM, something jumps out at you and you scream blue murder! I’m getting the creeps just writing this column. Slimy creepy crawly things at the bottom of the sea, slugs and worms that move with the tide, and those unknown creatures we have not yet discovered!

Traffic wardens are also a source of creepiness
If that’s even a word, but I’m sure you know what I mean, as they can also lurk in the shadows awaiting to pounce. They hover like vultures to cause you suffering, very creepy indeed. I met one the other day, and I must say that alongside JELLY FISH they do rank very highly in the creep zone! These come in black and yellow, but they are not bees, wasps or hornets, as they serve some purpose, whereas traffic wardens do not! They could be eliminated, but that would be considered cruelty to animals! Hmm, I think that’s where my sense of humanity ends, but I digress. A dear friend of mine has an aversion to peppers. The very mention of the word has her in fits, poor girl. Peppers, for goodness sake! It could be anything that has your skin crawling, so my next question is, what gives you the creeps?

Thanks for listening and I hope I didn’t creep you out? It has been known! LOL