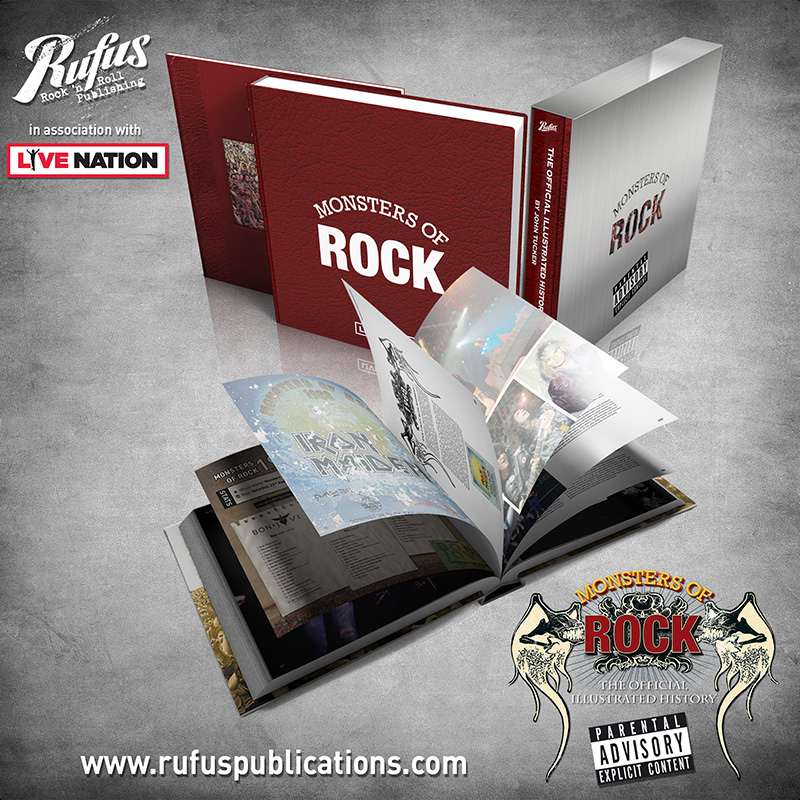 Subtitled “The full illustrated history of the world’s greatest rock festival”, Rufus Publications in cooperation with LiveNation recently released a monster of a book telling us the story about the infamous festival. Right on the verge of hard rock and heavy metal becoming subgenres ruling the airwaves and being wider appreciated, Donington became host to a new festival breaking all existing boundaries and become one of the biggest and most heralded festivals ever.

With new bands sprouting from, what once was the punk rock movement, the U.K. was already becoming a frontrunner in the new music scene of the early 80s. In root two separate ships set sail to take over the music charts: New Wave acts took over the hit charts and New Wave Of British Heavy Metal dominated independent charts. It where staggering times and a wide variety of new metal bands slowly taking over the world. British bands igniting the spark for heavy metal and hard rock worldwide, settled acts refreshing and upping their game to sail on the same waves of success. Bands like Iron Maiden, Def Leppard and Saxon where some of many to spark the fire and start the combustion. They made aware established names like KISS and Black Sabbath to recon with the new waves arising. 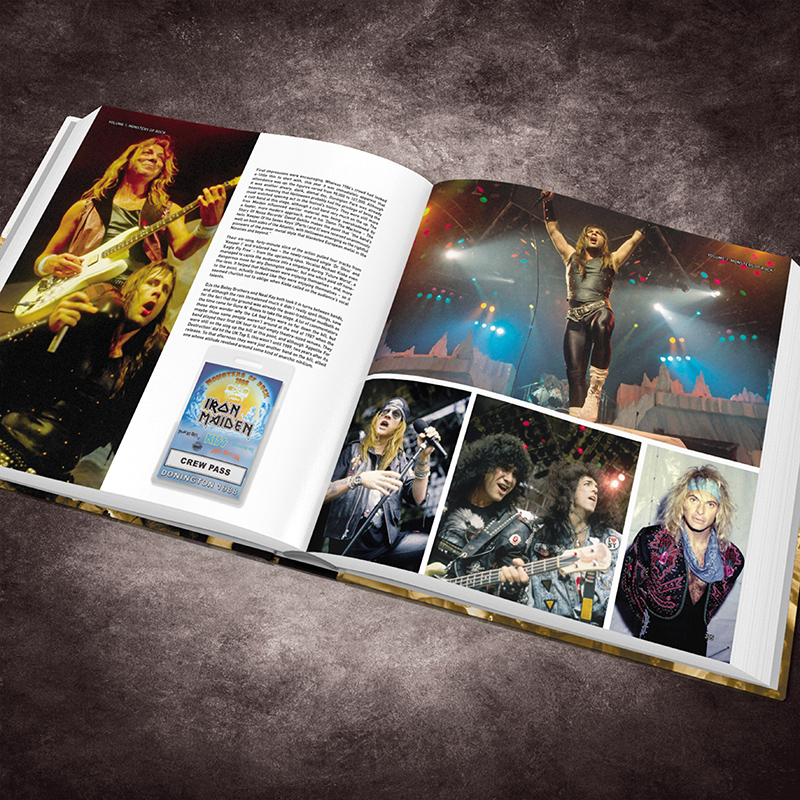 In the meanwhile, things also came to an end. Sabbath and Ozzy grew apart (for the first time) with Ozzy spreading his wings and launching his solo career, David Coverdale leaving the infamous Mark IV line up of Deep Purple to start his own Whitesnake, that would subsequently shed skin and cross bridges and Gary Moore moving from blues rock to hard rock and heavy metal…. To name a few.
Times were changing and so did the sonic landscape. The early eighties where staggering times for fans of loud guitars, fist punching and headbanging as sports. Numerous acts started to wave in with albums outdoing its predecessors. Audiences started to expand, bars became clubs and eventually arenas. By the time bands evolved into stadium filling acts, Monsters of Rock delivered that final push.

`Monsters of rock – The official illustrated history’ is an impressive work of art depicting not only the festival, but also the unexpected exploding stardom of club acts. The evolution of bands went hand in hand with that of the festival that gathered quick momentum. Looking outside in, you get presented a lot of onstage shots of the acts in which you see their evolution as performers as well as the expectations fulfilled belonging to their growing status. With the first editions on regular stages and the latter stage riders and tech specs aligning with their status. You see how everything expanded year to year. Much like the stage and backdrops went bigger and better, the audiences grew and the festival became one of the trendsetters in the metal world. Pictures of rather Spartan settings from the early days are exceptionally nice and even the lesser quality lines up with the experience of the reader connecting with the happening MOR was. Great audience shots and backstage moments are captured and interlace with the live shots. The atmosphere is captured and it actually made me take out my vinyl of the 80s debuting festival and spin the amazing performances of Dio, Touch and April Wine. Or Scorpions and Rainbow while flipping through the pages of this edition. It just wells with memories of bands and the heydays of my beloved acts and the festival accumulating their rise through the ranks. With every edition bigger and batter, it is fun to see the images of those days and play the music of the bands of that era. (HINT!). Also adding to the joy is the artwork of the festival’s program and posters, the merchandise and gimmicks. All in our memories and evoked with this book.
Mark Wilkinson’s artwork was rising with the bands of the era and is dominantly features as part of the MOR legacy. The super dooper deluxe edition (in full metal jacket) of the book also features a ton of extras such as art prints, poster and all of the original programmes from 1980 onwards, plus an exclusive t-shirt. Compared to the regular edition it also features and inlay with signatures from one of the performers, one from every edition at least.

More interesting however are their stories and memories shared. Fish’ (Marillion) story and his reflection and Joe Elliott’s (Def Leppard) opening instantly display the force majeure of the Donington based fest. This and the captivating storytelling by Tucker make draw you in deep in the festivals history that became a pilgrimage for the genre. On top there’s notes and stories shared by the festival’s PR Judy Totton and the festivals promoters, making it exclusive and worth the read. Tucker’s long writing experiences also read with freshness needed and he colours the stories vividly. Of course, there’s a little exaggeration, but it walks hand in hand with the 600+ pages photographic display at hand. The expansion and growth certainly didn’t go by unnoticed with the event moving to European mainland as well. Slightly adjusted, but none the less exciting in its bill, the 80s and 90s shaped around the structure of the UK festival. Germany, Sweden, Italy, Spain, France and The Netherlands paved the way for the festival to go global with hair metal blasting through the airwaves. Memorable line ups took shape with Whitesnake as one of the re-occurring acts, KISS and David Lee Roth (’s all-star band) tagging along with Iron Maiden, Deep Purple with Dio and Metallica, and what to think of Van Halen sharing the stage with Scorpions, Dokken and (again) Metallica?
Memorable moments perfectly depicted. The return of bands in different positions on the bill also in line with their growing fans and the festival’s growing status…. Again. 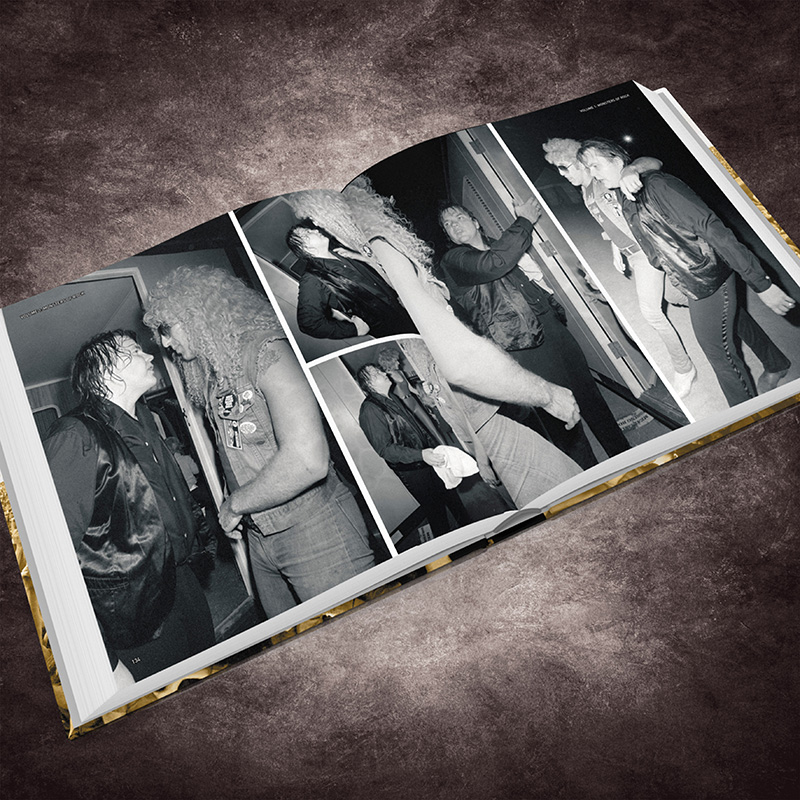 Rufus Publishing made this one of their finest for sure and it is a sincere homage to the festival in all its assets. Captured on high gloss heavy paper, perfectly packed. The book captures the fists raised celebrations as well as the tragedy of 1988 with fans dying trampled in the mud even though Guns ‘n Roses repeatedly paused their set in between songs noticing the danger in front of them. A sea of 107.000 fans moved on slippery mud and Axl actually called out the danger and “Don’t f*cking kill each other”. 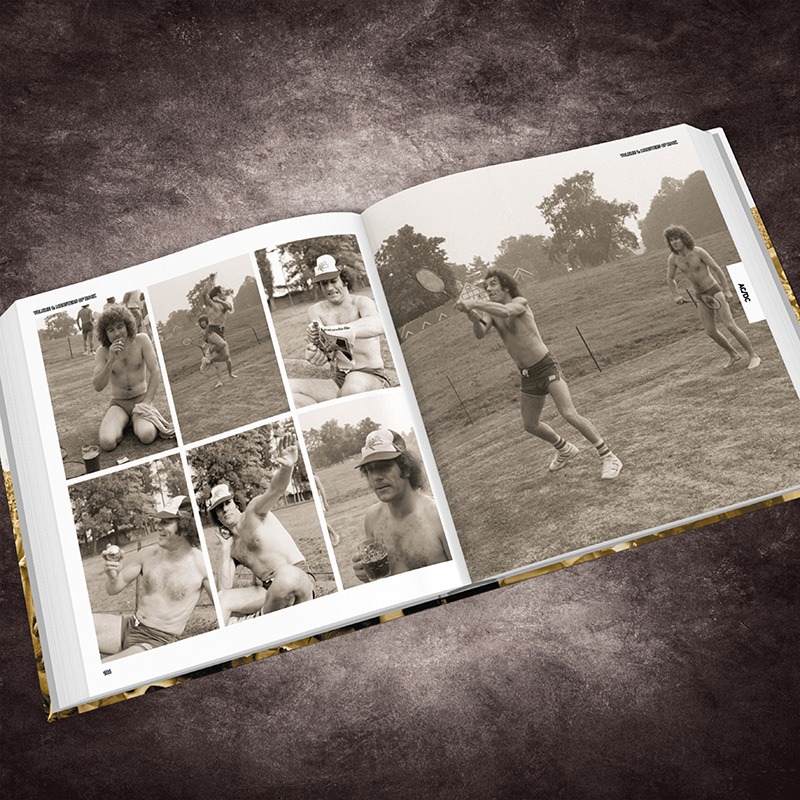 Though some might frown at the pricing of the book, you simply cannot pass by without noticing. Rufus captured it in perfect style. 600+ pages, heavy glossy paper with tons of unseen pictures, set lists, floor plans, festival plans, riders and stage plans. The stories written crisp and vivid, making it a wonderful read and perfect promo for the festival.
16 years of sheer bliss, mud, rain showers and sunburn. 16 years of hard rock and metal from the best bands in the field in front of the best and most loyal fans music ever sprouted.

A legacy captured in an epic book! 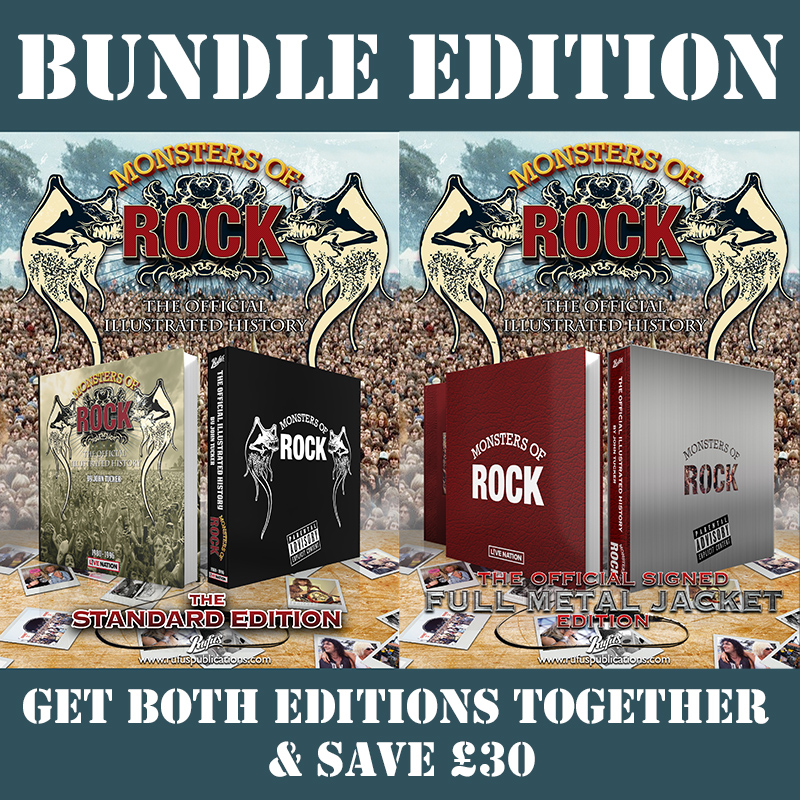 HOW TO ORDER? HERE
—