PSYCHOPUNCH-A Shout From The Studio #4 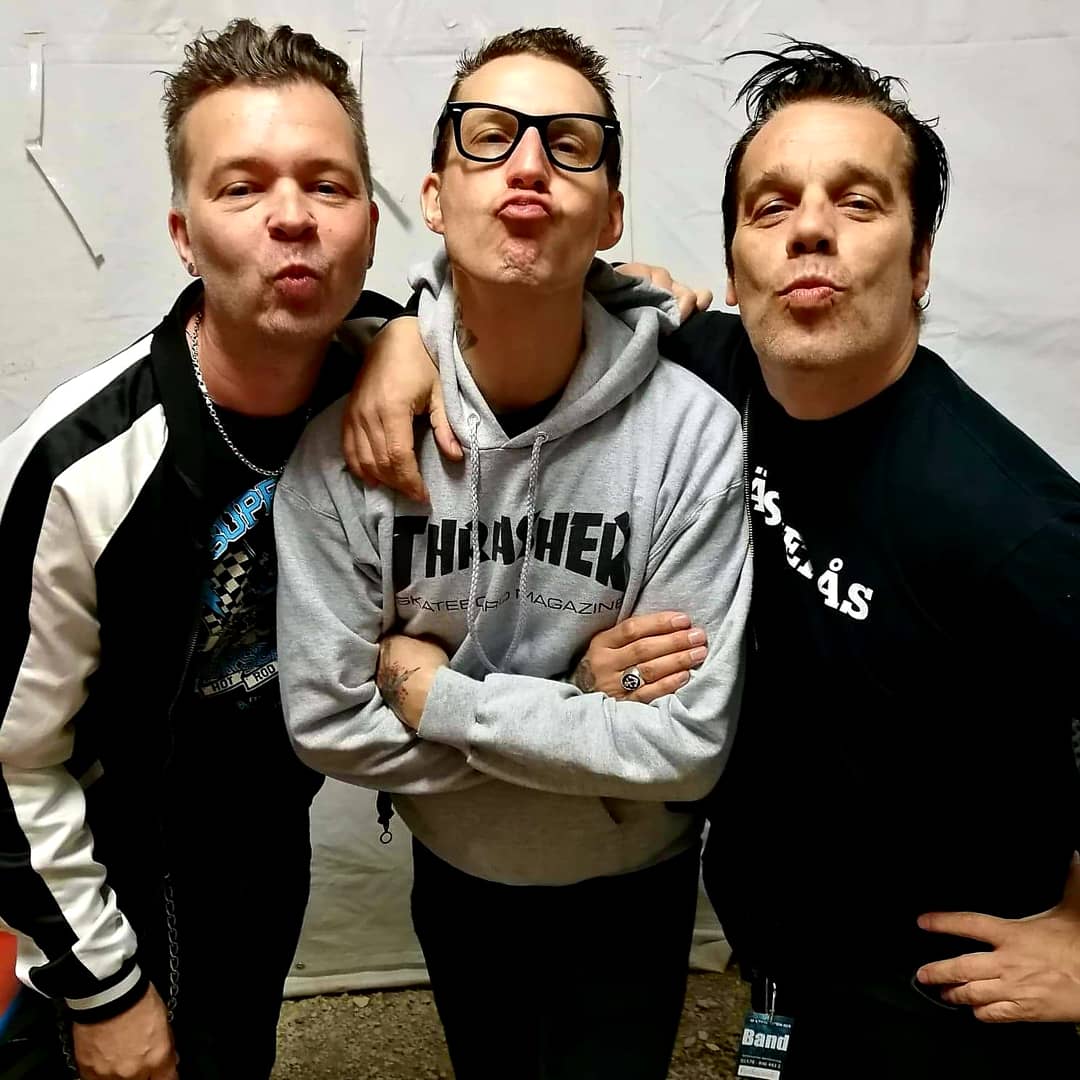 PSYCHOPUNCH-A Shout From The Studio #4

Damn it! I would love to have some extra hours every day. I really don´t know how people manage to handle like 1000 things per day without going crazy… I mean… I´m almost there! 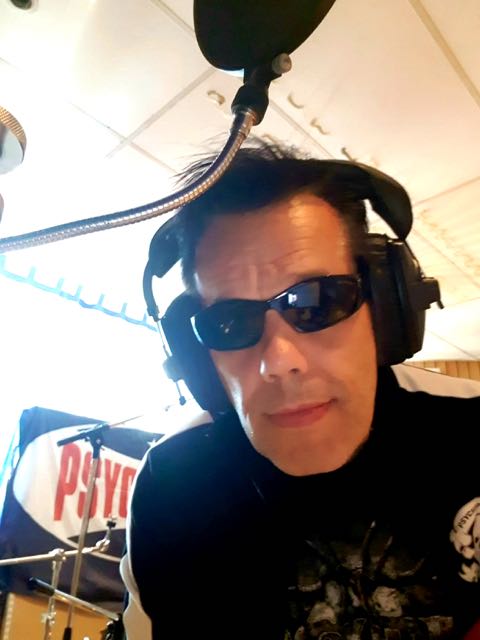 In the middle of the recordings we had 2 gigs in Germany. Not a bad thing at all…love playing live. But…just the thing to combine all that with new lyrics…trying to figure out the title for the album…new cover etc. Well, guess it takes a scientist to figure that out…meaning it´s really hard to handle. Nevertheless…we did it!

Up early in the morning to catch the flight from Sweden to Germany. We got there in time but of course something had to fuck up! “Did you pay for the instruments?” was one of the first questions at the airport. “Yeah, we paid for extra luggage” was my answer…still she kept on asking and it took like 15 minutes to solve that. Meaning 15 minutes less at the airport bar!
Lucky for us we had a change of flights in Hamburg…so another drink and some time to reflect on things to come. 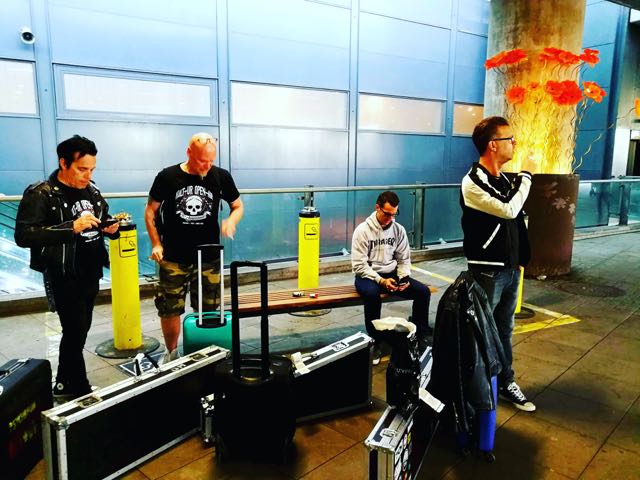 When we arrived in Germany a friend picked us up at the airport. Since he knows us well he brought some cold lagers with him. We went directly to the festival to check out some stuff and then off to the hotel. Hmmmm…a really nice and interesting thing in the room. The shower was placed in the corner with glass doors… So…imagine having a shower in the “middle” of the room with glass doors…ain´t that a super sexy thing…you tell me…hahaha! 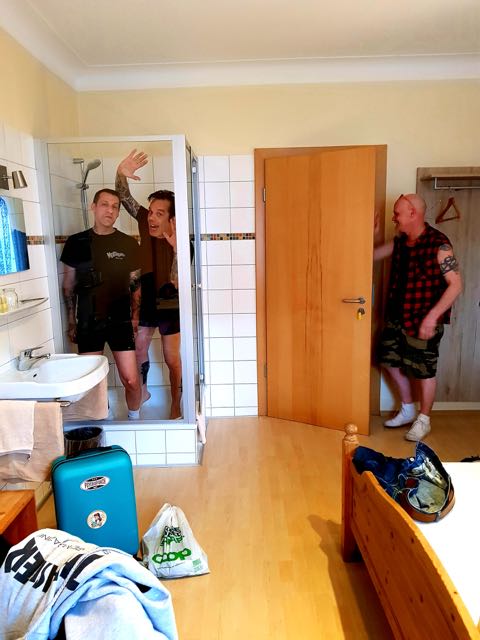 Getting back to the festival area, meeting some friends was really nice. We had a “few” drinks warming up for the show. A really good friend (Klaus from Nitrogods) joined us on stage and played drums on the song ,,The Way She´s Kissing’’. That was sooooo damn cool and fun. Played with him a couple of times and it´s always a pleasure. The crowd was awesome and we absolutely had a super great time at the Kult-ur Open Air festival. Meeting old friends…playing rock´n´roll, have a party afterwards, that´s a great feeling!
Some weird and crazy stuff happened at the festival…but I guess that´s another story, hehehe! 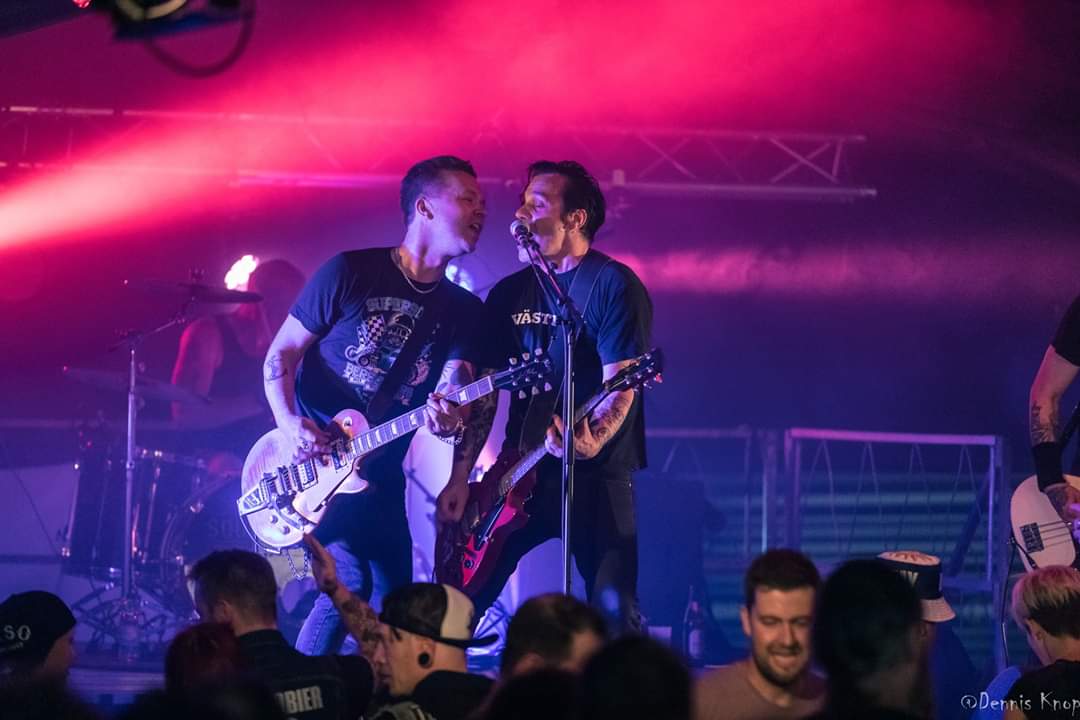 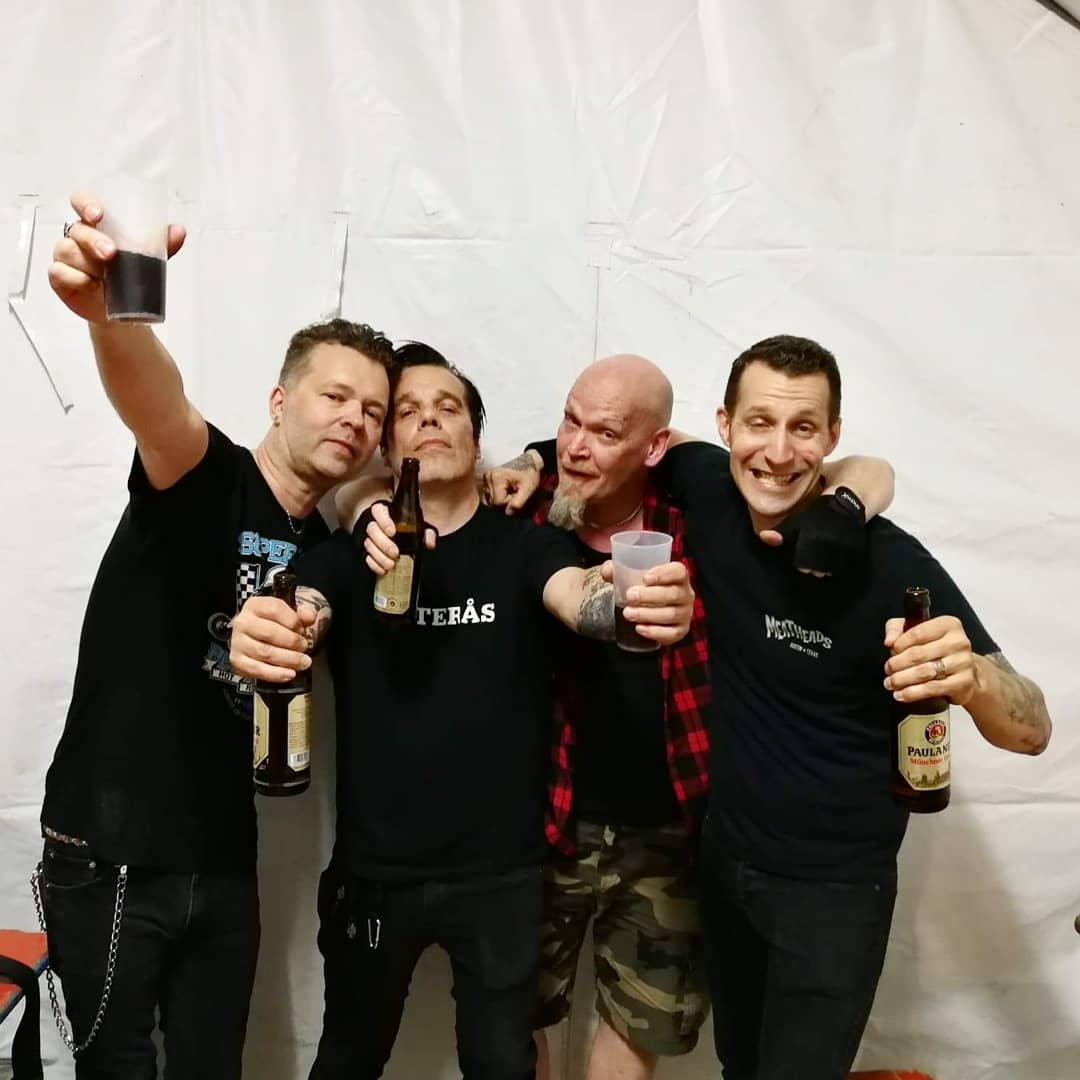 The day after it was time for the gig in Dusseldorf.
Couldn´t wait for that one since I knew I was going to meet some of my best friends. Dirk “The Pixeleye” Behlau and his wife Jessie among other friends.
Always love to play at Pitcher in Dusseldorf. Andy is a cool guy and we always have a lot of fun there. Live music ends at 22.00…guess what we were doing after that…party of course! Hanging around with friends and meeting fans is always a super fun thing to do! Dirk also joined us on stage to sing ,,On A Night Like This (Hell Yeah)’’ and that was awesome craziness as always! We also took some new photos for the new album…behind the camera was the always amazing Dirk “The Pixeleye” Behlau! 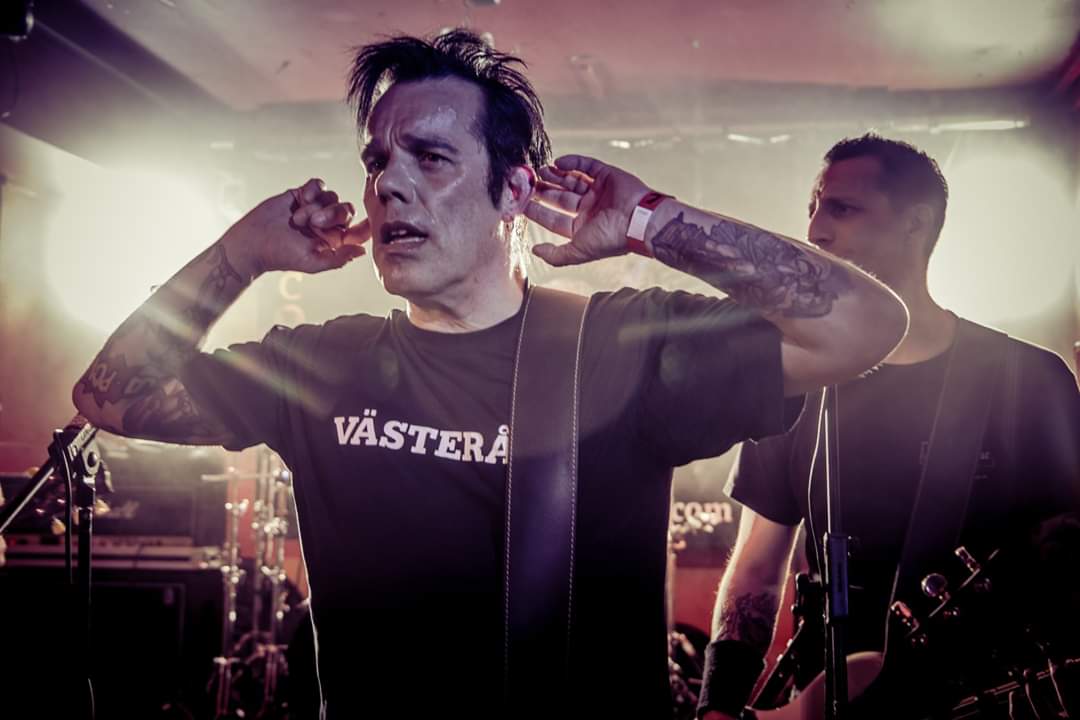 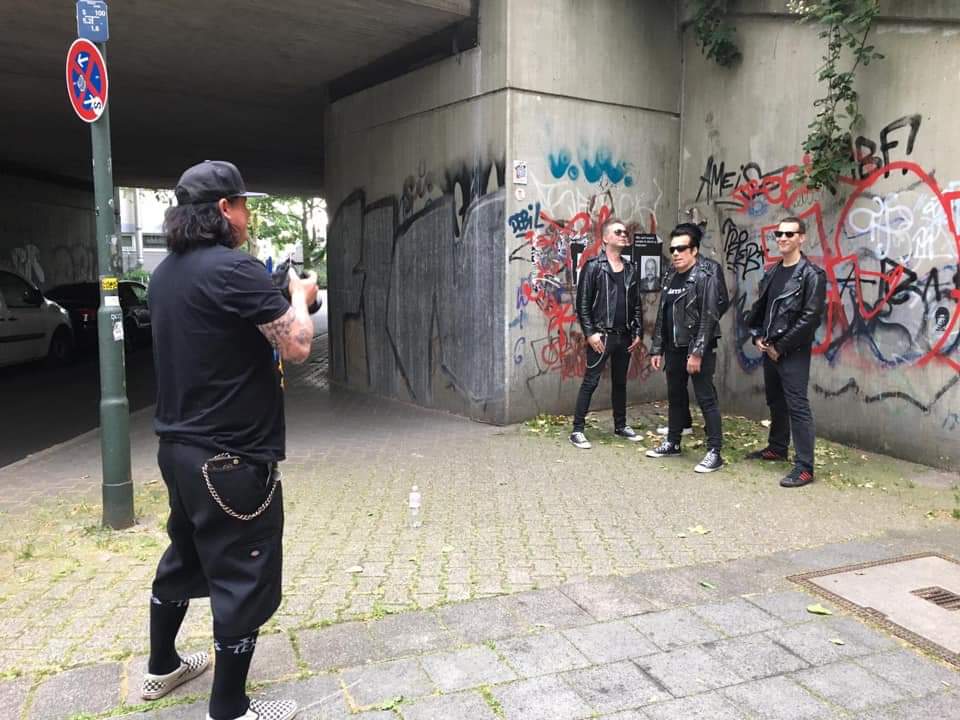 After a crazy fun weekend in Germany it was time to go home and guess what!? Studio on Monday…puhhhh…not a second to relax. We checked all songs to see if there was something missing. Added some real cool guitar riffs and melodies. Finally the album starts to sound like it´s almost done. Tuesday night was writing the last remaining lyrics to the album.
Guess it was like crash landing when I went to bed that night. 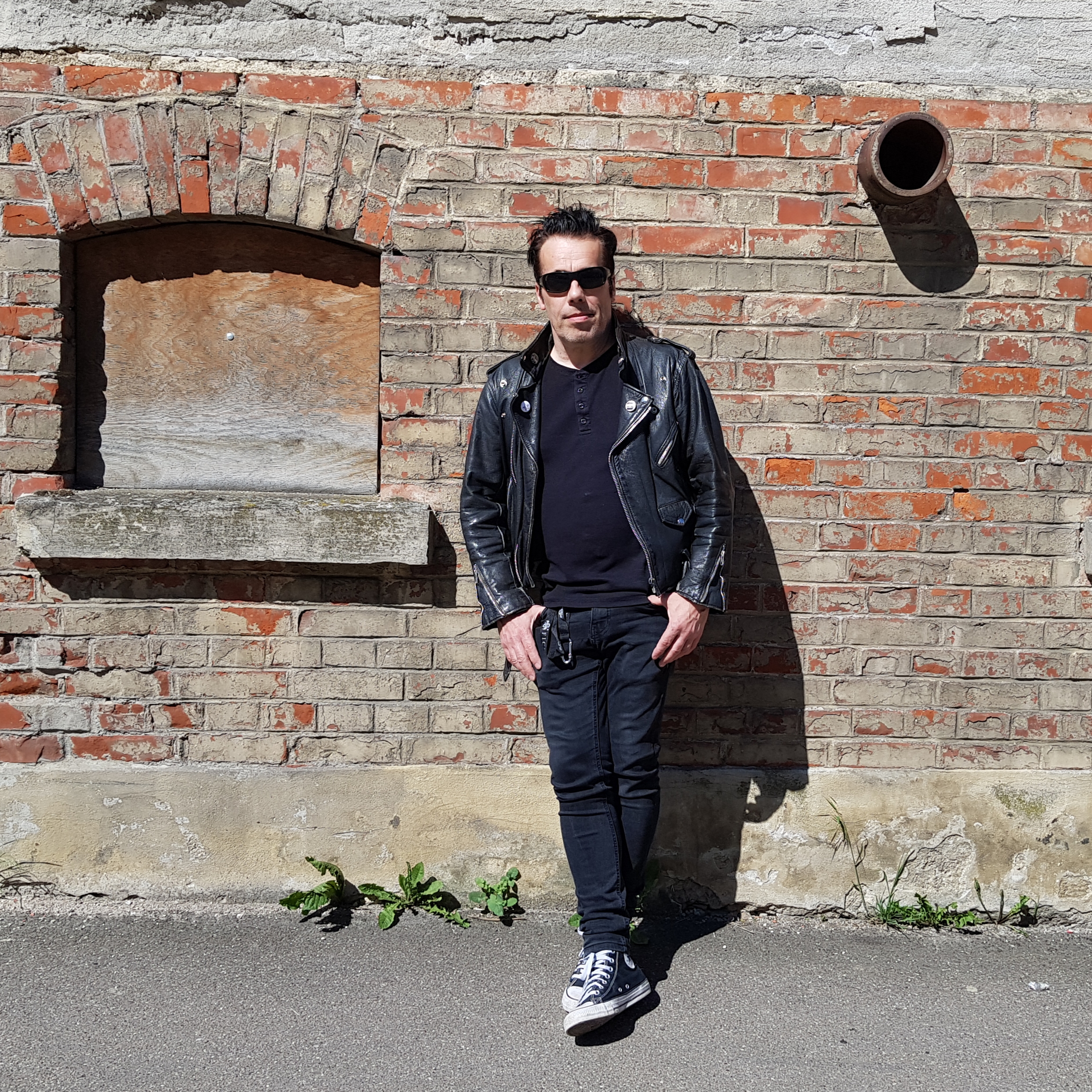