WELCOME TO THE AMERICAN UNDERGROUND (Pt.10) 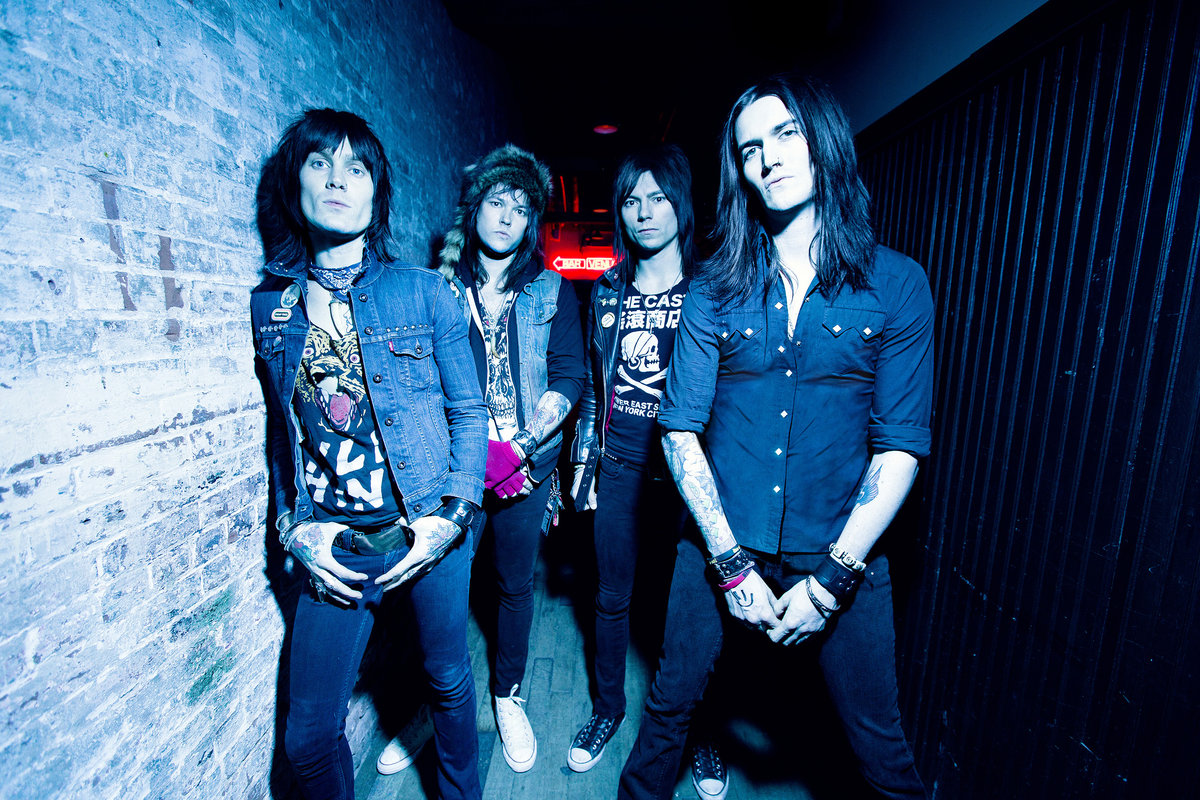 WELCOME TO THE AMERICAN UNDERGROUND (Pt.10)

The 70’s, 80’s and early 90’s were undoubtedly the heyday for hard rock and metal. As time marches on, anything from that era with an image has been slapped with the unfortunate label ‘Hair Metal’. This umbrella term unfairly encompasses everything from the 70’s punk rock inspired bands like Hanoi Rocks, pop rock bands like Bon Jovi, shock rock bands like WASP, grittier motor rock bands like Circus of Power, and everything in between. The average rock radio listener thinks this type of music was put to death by the mid 90’s and today exists purely as a form of nostalgia. The general public is oblivious to what is now the true underground alternative rock scene, and assumes there are no new young bands out today who were influenced by that era, let alone actively incorporating those elements into their music, whether it is their image or overall spirit and attitude from days gone by. While avid rock fans who follow this genre are well aware of the many Scandinavian bands that are a part of this resurgence, there are also a solid number of American bands that need to be seen and heard.
This isn’t a debate of what is or is not ‘Hair Metal’ or what sub-genre a band should be categorized in – that’s an entirely different conversation. Instead, consider this an introduction to some newer bands carrying the rock ‘n roll torch from an old school perspective and influence, ones that don’t sound and look like the everyday safe packaged modern rock bands that dominate what’s left of the mainstream music media today.
So here you have it – America’s Dirty Dozen. This list of new bands range from punk inspired to melodic rock to shock rock.  They are listed in no particular order, as they each bring something exciting, fresh, and original to the mix – and there’s room for all of them at the table. Enjoy!

BITERS are a rock ‘n roll band hailing from Hatecity, and upon first listen you know they are the real deal. Steeped in rock tradition, this young group blends the alchemic mixture of louder than Hendrix volume with a heaping elixir of pure brutality. If Tom Petty was assaulted by the Sex Pistols while Stiv Bator was pouring the drinks, that scene would approximate the sound of the BITERS. Their music winks and nods at tradition, but reveals glimmers of future. BITERS will take a chunk out of your ass and heart leaving you wanting more.
Official Site and Official Facebook

The members of AMERICAN BOMBSHELL joined forces for the soul purpose of performing kick ass rock ‘n roll. Straight ahead rock has been missing from the musical landscape for a number of years, taking a back seat to pop and rap. It was their love of pure unadulterated, unfiltered, bad attitude, dirty, broke, drunken, sexy rock ‘n roll that got them together. Great songs infused with elements of punk, blues, glam, dirt, anger, sex and drugs; plus a high energy beer soaked live show that brings the feeling of the killer rock bands of yesteryear. Official Site and Official Facebook

A need to play, live and love rock ‘n roll to its fullest potential brought THE TIP together in the spring of 2014. THE TIP plays faster, harder, louder and tighter than anyone that has crossed their path. The band doesn’t even need to play a note before people start turning heads to see what these four cast of characters have to offer.

The TIP – Welcome to the Night (Official Video)

REBEL HOTEL is not just another one of your typical Sunset Strip party bands. They are in fact a punk driven, down and dirty rock ‘n roll band with a whole lot to say. The connoisseurs of catchy rock ‘n roll, they are influenced by bands like Guns N’ Roses, Mötley Crüe, Velvet Revolver, Green Day, Buckcherry, Volbeat, Raise Against, Pantera, Judas Priest, Rolling Stones, and of course a flavor of the Scandinavian rock bands like Hellacopters, Backyard Babies, Hardcore Superstar, and Babylon Bombs.

STATION is one of the hottest new bands to come out of New York City.  A high voltage stage show with electrifying melodies make STATION an unforgettable experience. They have shared the stage with rock greats such as Pat Benatar, Vince Neil, Bret Michaels (Poison), Eric Martin (Mr. Big), Dio Disciples, Jake E Lee, and .38 Special to name a few.

WICKED began in 2012 in Utica, NY when two brothers, Chad Michael “The Queen of Hearts” and Danny Doll “The Ace of Spades,” set out to capture the steamy emotion and the explosive power of 1970’s rock ‘n roll. They combined the bombast and larger-than-life energy of KISS, the alien seduction of Ziggy Stardust, and the gutsy machismo and vocal harmonies of Starz.

MACH22 is as authentic as you can get in a pure rock ‘n roll band. Their songs span the emotional spectrum, capturing that classic feel with a modern rock edge. With their killer riffs, bluesy rhythms, and soulful delivery, they keep their audiences hooked for the entire set. The MACH22 sound echoes the tone of classic rock, but imprints a style all their own.

In this era of canned pop and one-hit wonders, it’s harder and harder to find new bands that embody the true spirit of Rock ‘n Roll. Suddenly, roaring out of Los Angeles, CA comes DR. BOOGIE – a four piece powerhouse – Building on the foundation of seminal groups like the New York Dolls, Dead Boys, Flamin’ Groovies, Rolling Stones, and Chuck Berry while adding their own twist.

Dr. Boogie – Get Back To New York City (Official Video)

At the heart of BLACK TORA is the duo of Razor Dave and Chris Daniel. Fusing elements of hard rock, heavy metal, power metal and thrash, BLACK TORA delivers honest, hard-hitting tunes with a strong sense of melody.

The debut album from New York based hi-energy melodic rock band TEMPT, praised by Classic Rock magazine, include the tracks ,,Comin’ On To You”, ,,Under My Skin”, ,,Use It or Lose It” and ,,Dirty One”. The EP showcased a young, but thoroughly contemporary, band playing a style of music that evoked memories of the great melodic hard rock bands of the past.

SALEMS LOTT is an American shock metal band formed in late 2013 in Hollywood, California. They are known for their high-energy and crowd pumping stage performances, and an explosive new sound that captures the audience from start to finish. The band is quickly climbing the ranks of the rock scene and is one of the most prominent live acts to see in Los Angeles.