WELCOME TO THE AMERICAN UNDERGROUND (Pt.12) WELCOME TO THE AMERICAN UNDERGROUND (Pt.12)

In Part 12 of the series ‘Welcome To The American Underground’ Kickin’ Valentina’s bass player and specialist of the American underground music scene, Chris Taylor talks with Jason McMaster of BROKEN TEETH/DANGEROUS TOYS/WATCHTOWER. Once described as “a pissed-off AC/DC,” BROKEN TEETH has evolved into a hard-rock/heavy metal bomb blast built on the swaggering boogie of bad-boy blues. Twenty years after seizing power in Austin, Texas, rock-roll battering squad BROKEN TEETH is poised to throw its hardest punch ever after signing with Megadeth bassist David Ellefson and former Corporate Punishment President Thom Hazaert at their powerhouse EMP Label Group. The label will issue BROKEN TEETH’S new album ‘4 On The Floor‘ in April 2017. 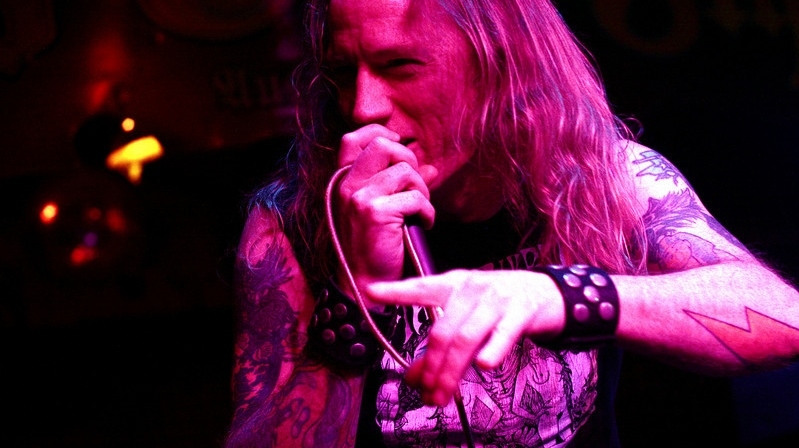 Broken Teeth recently signed to Dave Ellefson’s new label EMP for the release of your new album ‘4 On The Floor’ being released on April 21st. Congratulations on that, and how did this come about?
,,The A&R Guy, Thom Hazaert, who has had other companies and worked with us in the past, is a friend that has always loved Broken Teeth, and finally had a chance to do something. When he hooked up with Ellefson, it was game on.”

How do you see things changing in the world of Broken Teeth now that you are singed with EMP?
,,It is still a sort of licensing deal. Not to make it seem short of anything, but the band writes and records the record on their own. We deliver the art, the music, the songs, most of the time write the pulp/the bio, etc. and the label is just the roof it lives under. But, I can say, we are very pleased with what they have let us control so far. That’s a good thing, being able to put out what you want, with names like Thom’s and David’s to back it up. Gonna keep writing and recording, but will play some shows to support ‘4 On The Floor’.”

Other than the new release, what’s on the Broken Teeth agenda for 2017? Any plans to tour?
,,Maybe not. The best thing we could get done, is to play events. Events like festivals and even benefits that have high profiles involved. Playing a few shows in front of as many people as you can, is smarter than playing to just a few people in the middle of nowhere. Don’t get me wrong, I will play a show for the bartender and his dog, and give 1000 percent, ask anyone. The plan is to be smarter about when we play.”

Where can fans pick up a copy of ‘4 On The Floor’ and all of the other Broken Teeth releases?
,,We have a CD box set called ‘Broken Teeth- BREAKER BOX’ available now at our website. It has our first six releases, and they can also get our last record ‘BULLDOZER’ at the site as well as tmu records. It is out on colored vinyl as well.” 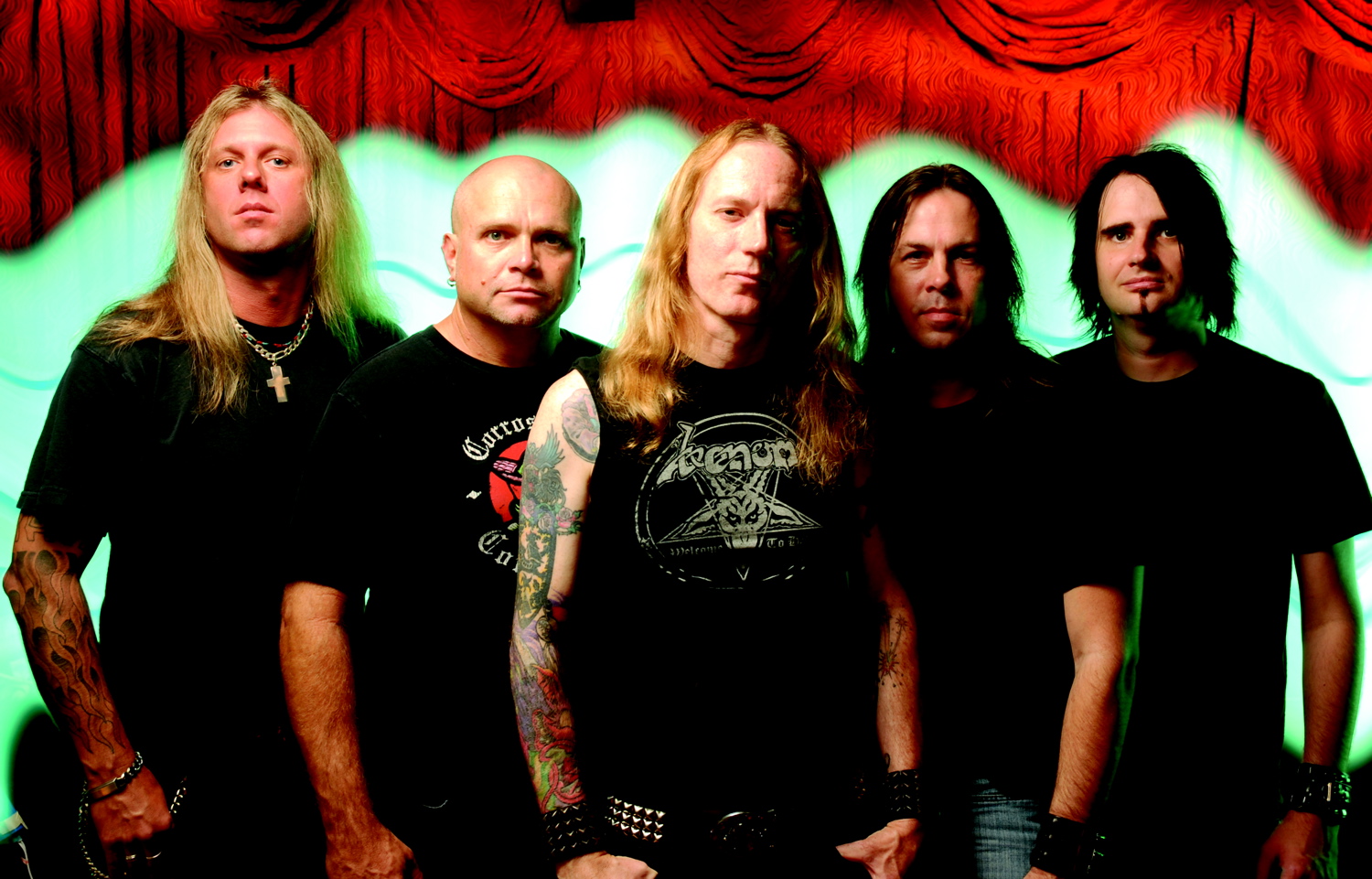 You guys put out your first self-titled album in 1999, and are about to release your 8th. Other than a couple of line-up changes over the years, how has the band changed or evolved since that first release?
,,The idea of the band was to pay homage to our fav AC/DC clones like Dirty Looks, Rhino Bucket and many more, but ended up sounding like its own thing. Kiss, Ted Nugent, Motörhead, Rose Tattoo, Danko Jones, Thin Lizzy and Judas Priest, it is all in there. I don’t think people get past just hearing a strong rock band play loud and have fun sometimes, but some are quick to say ,,I hear AC/DC in there.” If that’s all they say about it…that’s a bummer for them, not me.”

Over the years you have been courted by different bands to sing for them. In 1986 by Vinnie Paul of Pantera, and in 1999 by Skid Row. What exactly happened, was it hard to turn down those offers, and looking back after all these years, are you happy you did?
,,I was in a strange place when asked by those guys to do something. Watchtower had just replaced a guitarist, and Dangerous Toys had just put out a new record I was extremely proud of. To go and sing someone else’s songs immediately, in I don’t know…fear…of not really getting to do my own stuff, was mind freaky. I have some regrets sometimes, but the landscape of music with the people who did go on with those bands is important, and obviously, someone was able to do the job other than me, and have heart for it.” 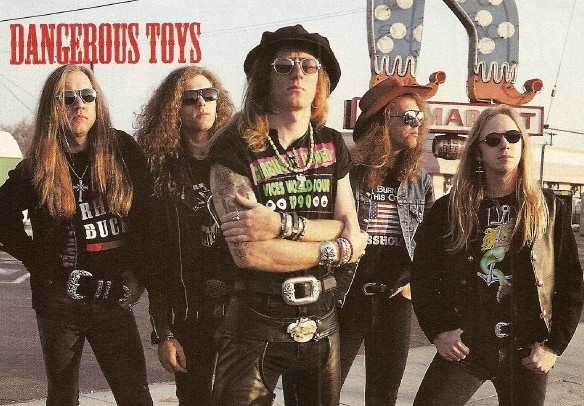 When most musicians start out playing in bands they have “bucket list” things they would like to accomplish. You have played in several bands over the years (including Dangerous Toys and Watchtower), collaborated with some great artists and toured with the greats such as Motörhead, Judas Priest and Alice Cooper. What’s a “bucket list” accomplishment you still want to achieve?
,,It never ends. I’ve been lucky in all. I am excited for Axl Rose. The guy is winning every step. He has worked with Queen, Elton John, Don Henley… list goes and goes. Now he is IN AC/DC. Let me repeat… I don’t think he is or was a hired gun… the guy got the gig. I hear rumors he will sing on a new record Angus Young is writing as we speak. It will be an AC/DC record. Respect.”

You’ve been in this business for a long time, and Rock ‘n Roll has had a lot of ups and downs during that time. Was there ever a point you just wanted to throw in the towel? What advice would you give a 13 year old kid just now picking up an instrument and wanting to do this?
,,I don’t know what throw in the towel means. I hear people say all the time… “I used to be into metal…” or something like that. I think if you’re a fan, you’re a lifer. People who just listen to the radio…that’s great, but those in my opinion, are not the lifers. People who “quit” playing rock music… they always come back, some way.”

Coming from the era of when people actually got off the couch and drove to a record store to buy a physical album, what are your thoughts on downloading, streaming, and MP3’s?
,,Whatever. The future is here. There are a lot of things that have put people out of a job before, I truly believe songs will not play themselves, unless it’s Karaoke or something. If you are a fan, you will do whatever it takes and whatever means you have, in order to hear, live and love the rock ‘n roll you are addicted to. I don’t judge the way people get their music, as long as they go to the show and support it, and don’t buy it as an accessory like jewelry or aftershave.” 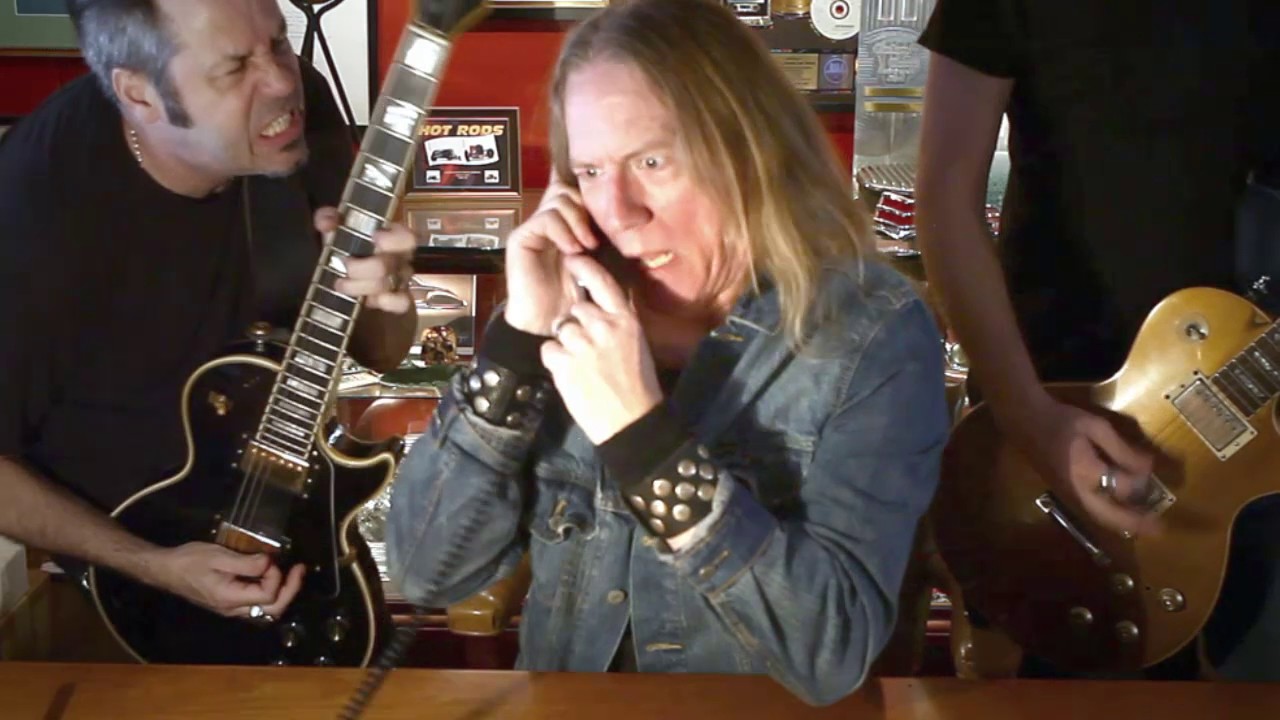 I ask this question in every interview because I think it’s important for bands to support each other. What are some new bands out there that you like and that you think everyone needs to check out?
,,Check out this band called Broken Teeth from Manchester England. They sound nothing like my band Broken Teeth.  They’re pretty good, but they stole my band name long after I had been producing, performing and selling music under the name. I have the name as a registered trademark in the Northern Americas. It was a crap load more money to register in all territories.”

Anything else you want to add or say to the fans out there?  Thank you for taking the time to do this interview.
,,Thanks- get ‘4 On The Floor’ and Rock.”