WELCOME TO THE AMERICAN UNDERGROUND (Pt.3) 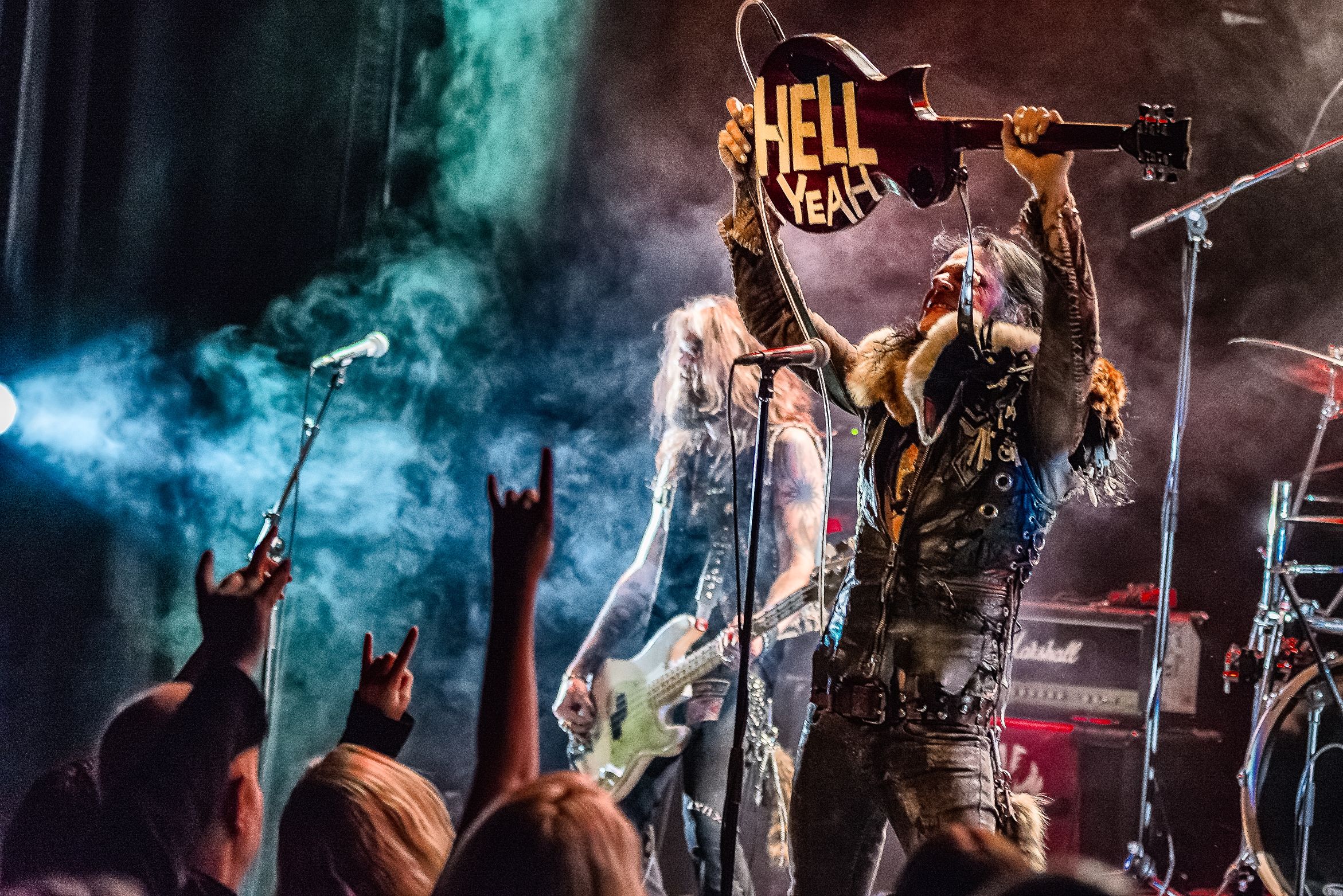 WELCOME TO THE AMERICAN UNDERGROUND (Pt.3)

In Part 3 of the series ‘Welcome To The American Underground’ Kickin’ Valentina’s bass player and specialist of the American underground music scene, Chris Taylor meets up with Chuck Garric. ,,Most people know Chuck Garric as the bass player for Alice Cooper. While that is about as cool as it gets, Chuck also has an awesome band called Beasto Blanco. I will admit, I am a little late to the party with this band. Their album “Live Fast, Die Loud” came out in 2013 and I am just recently discovering them. I caught their show in January at The Grove in Anaheim, CA during the NAMM convention, and was absolutely blown away. I walked away wondering, “How am I not already a fan of this band, and where in the hell have I been?” Beasto Blanco is everything that is missing in Rock ‘n Roll today: great songs, cool image, entertaining theatrical stage show, and these guys are total Rock Stars… remember those? There are some great new releases coming in 2016, but at the top of my “must have” list is the new Beasto Blanco. If you don’t know who this band is, do yourself a favor and check them out.” 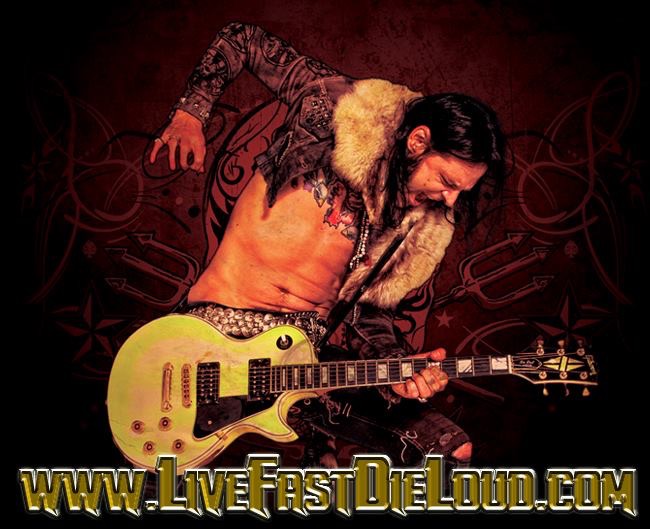 Hi Chuck, thank you for taking the time to do this interview.  I have seen you a few times with Alice Cooper, and always thought you were a great bass player and had a really cool look and vibe on stage. During NAMM in LA, I finally caught your band Beasto Blanco at The Grove and immediately got the CD when I got back home. Great show, great songs, and loved the energy. What was the inspiration for this band and how did it all come together?
,,Thank you for having me. Right on man, I’m glad you dug the show and the CD. We had a killer time at the Grove! Beasto Blanco is this perfect cohesion, this powerful synergy of every personality in the band coming together with their ideas, talents and energy. So, there is no one singular inspiration. It did start with the name, the concept that the name evoked. I personally needed a way to set free my vision of what a rock show would be and sound like coming from my twisted mind. Beasto Blanco is my sprit animal, if you will. It has allowed me to come alive.’’

You have a great group of players in the band. Tell me a little more about them. How did you guys meet and what other bands have they previously been in? Or do they have any other projects they play in when you are out with Alice Cooper?
,,On guitar we have Brother Latham. From Germany are Tim Husung on drums and Jan LeGrow on bass. And of course, the lovely and ever so dangerous Calico Cooper on vocals. Latham and I go way back to when I first moved to LA, we’ve always shared the same musical concepts and bands. Jan and Tim I met while I was touring in Germany with Alice Cooper. They’ve played in other bands together and are a very solid rhythm section. I’ve always thought of Calico as a Rock Star with an amazing talent of turning an idea into her own and the ability to make the idea work for the show. Everyone has a very important role in Beasto Blanco.”

I love the name Beasto Blanco and I think it fits perfectly with your sound. There is so much imagery that comes to mind when you hear it, and it automatically sets a vibe for the band before you even hear a note. How did you come up with the name?
,,Like I said, Beasto Blanco is my Sprit Animal. The idea was how do you give something a name that lives inside you? How to give your music a name, your vision a name. Beasto Blanco just came to us as any thing that’s supposed to be in your life. We put out into the universe the idea of our music, our vision. We meditated on it, opened up ourselves up a new idea then…it got channeled through us.‘’ 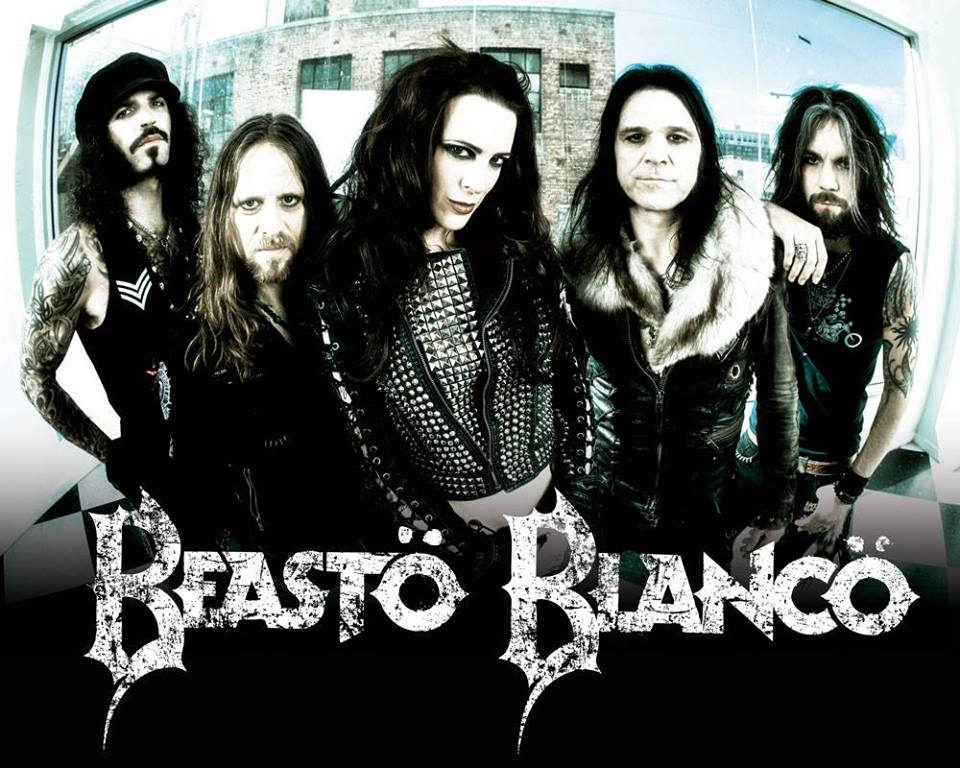 I see you are planning to release a second CD soon. I thought the production on ‘Live Fast, Die Loud’ was great. Did you choose Tommy Henriksen produce the new one also?
,,The second record was produced and engineered by Ryan Greene (NOFX, Megadeth Usher). We went into the studio with the same production route as ‘Live Fast Die Loud’ but, with a better understanding of what Beasto Blanco is. We toured quite a bit on the first record. When a band spends time writing, touring and jamming together, some interesting ideas and concepts come in. You may realize while playing live what the set list needs. Feeding off the audience… what works and what doesn’t. In order to keep the vision alive you need new bits to fill in the gaps, trying new ideas and staying creative. So we took form those experiences and applied them to the new record.’’

Between working with Alice Cooper and Beasto Blanco, you must have a very hectic schedule. What do you like to do during your off time to relax and unwind?
,,I live in Nashville Tn, so I find time to go see guys play in the honky-tonks around town. Sitting in on sessions keeping the mind fresh. I would like to do more producing as well. But when its time to relax and unwind I walk, I turn my phone off and enjoy my time at home with my wife and our dog!’’

I want to go back a little with this question. You grew up in South Lake Tahoe, and I happened to go to middle school and high school not far from there in Placerville CA. We both know that area is not a hotbed for Rock ‘n Roll. What inspired you to want to play in a rock band, and later on, what was the transition like from a place like Lake Tahoe to Los Angeles. Was it total culture shock?
,,PLACERVILLE! Man, I thought Tahoe was small, haha. No not a hotbed at all. As a kid I would hitch hike or bum rides to San Francisco, Sacramento or Reno to go see bands. I saw a lot of great shows in those areas. My folks, after I was out of High School moved to of all places Placerville, CA, no joke. So I had to get on with it. I love Tahoe man, it’s the most beautiful place in the world, but I needed more. I moved to LA “head first and visor down.” Yeah, it was a total culture shock, but that’s what it takes. I was young, I needed to be broke down and let the culture and the experiences build me back up.’’

I read mixed opinions on what bands think of social media, streaming and downloading music. Obviously streaming ruined some record companies and hurt record sales, but what are your thoughts on the state of the industry today? Does streaming bother you as much as it does other artists, or are you ok with it and try to make the best of it?
,,Look, theres a bunch of opinions on this. I personally want as many people to hear and be moved by the music as possible, but I also have to make a living. If the artist and or the industries are getting hurt, then that does bother me. We can’t stop technology, a lot of it has been very helpful and a great tool for bands. But, if you’re downloading music for free and its not meant to be free, then that’s not right in my option! Look man if you are downloading shit for free and you like the band. Then you better go buy a ticket to the shows, a few t-shirts. Otherwise they may disappear.’’ 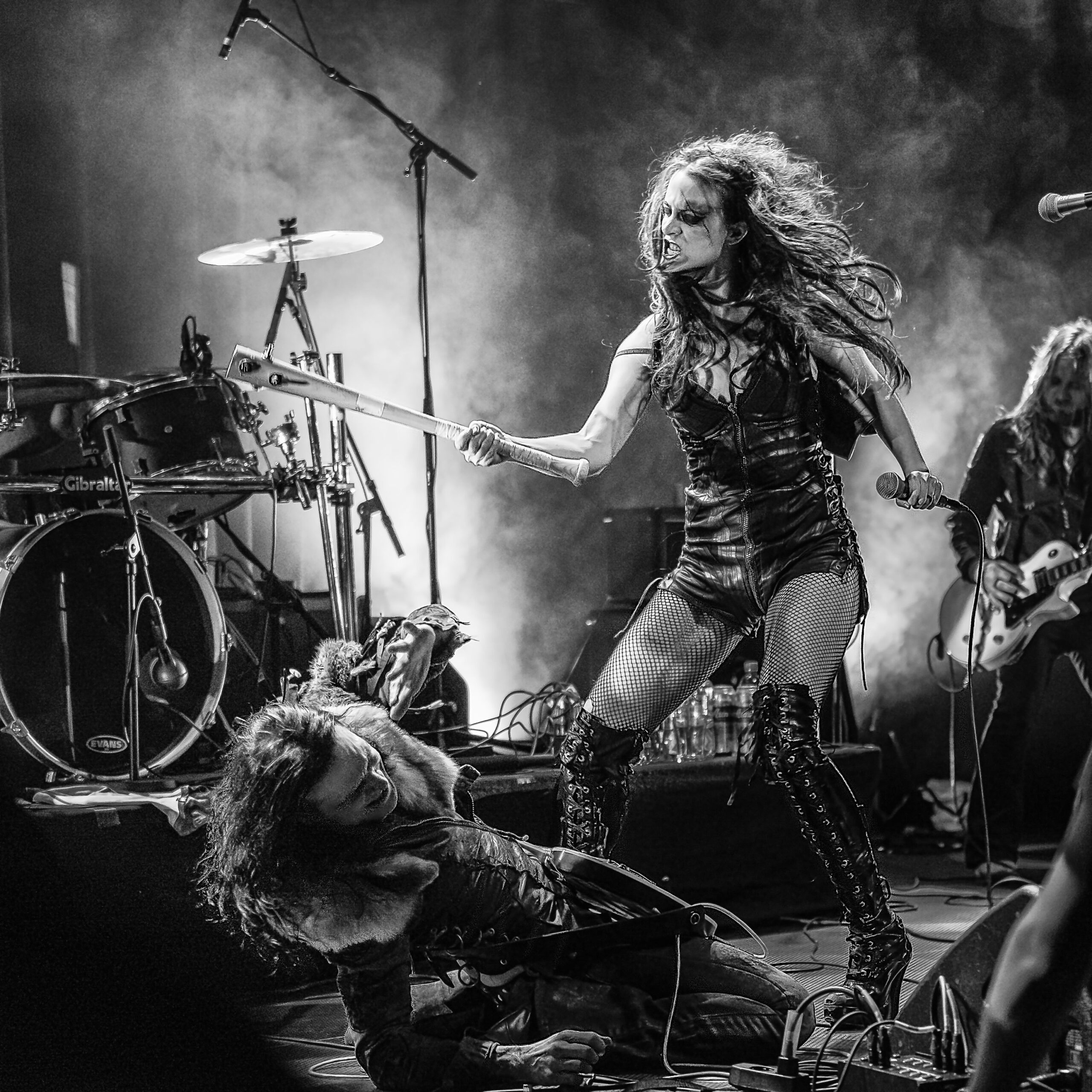 There can sometimes be unnecessary competition between bands and musicians.  I think it’s very important for bands to support each other to help create a scene. I ask this to everyone….what are some new bands out there that you think everyone should check out?
,,Competition builds strength and character. It also builds camaraderie and develops friendships. Support is key, we’re all a bunch freaks a bunch brothers and sisters.
Right now I am listening to a lot of Rival Sons. As a whole that band is on another level. Great songs, killer vibe. Talk about an amazing rhythm section.’’

Thanks again for taking the time to do this interview.  I really appreciate it. Is there anything else you would like to add or say to the fans out there?
,,Thanks for having me. See you metal heads soon!’’
—
Check out Beasto Blanco official website and Facebook page