WELCOME TO THE AMERICAN UNDERGROUND (Pt.5) 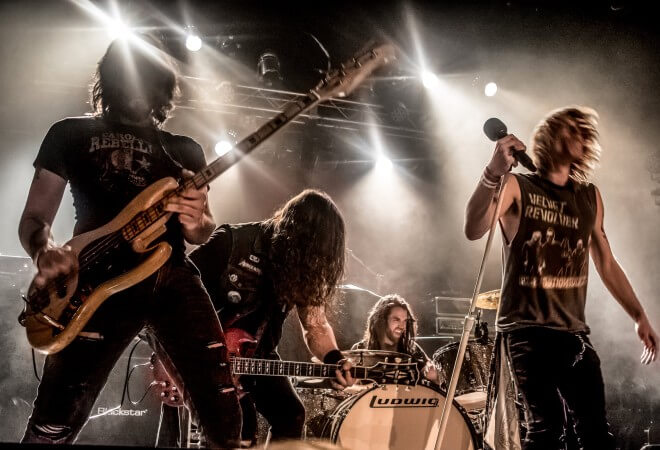 WELCOME TO THE AMERICAN UNDERGROUND (Pt.5)

In Part 5 of the series ‘Welcome To The American Underground’ Kickin’ Valentina’s bass player and specialist of the American underground music scene, Chris Taylor talks with Scott Roby. ,,Out of the ashes of the North Carolina band 21st Century Goliath, rises the mighty Pröwess. With influences like AC/DC, Rose Tattoo, Guns N’ Roses, Motörhead and Chuck Berry, how can you go wrong? This band is rock ‘n roll to the core, and they are young, hungry, dirty and look like they will kick your ass if you try to stand in their way… so I will step aside, and introduce you to their guitar player Scott Roby.” 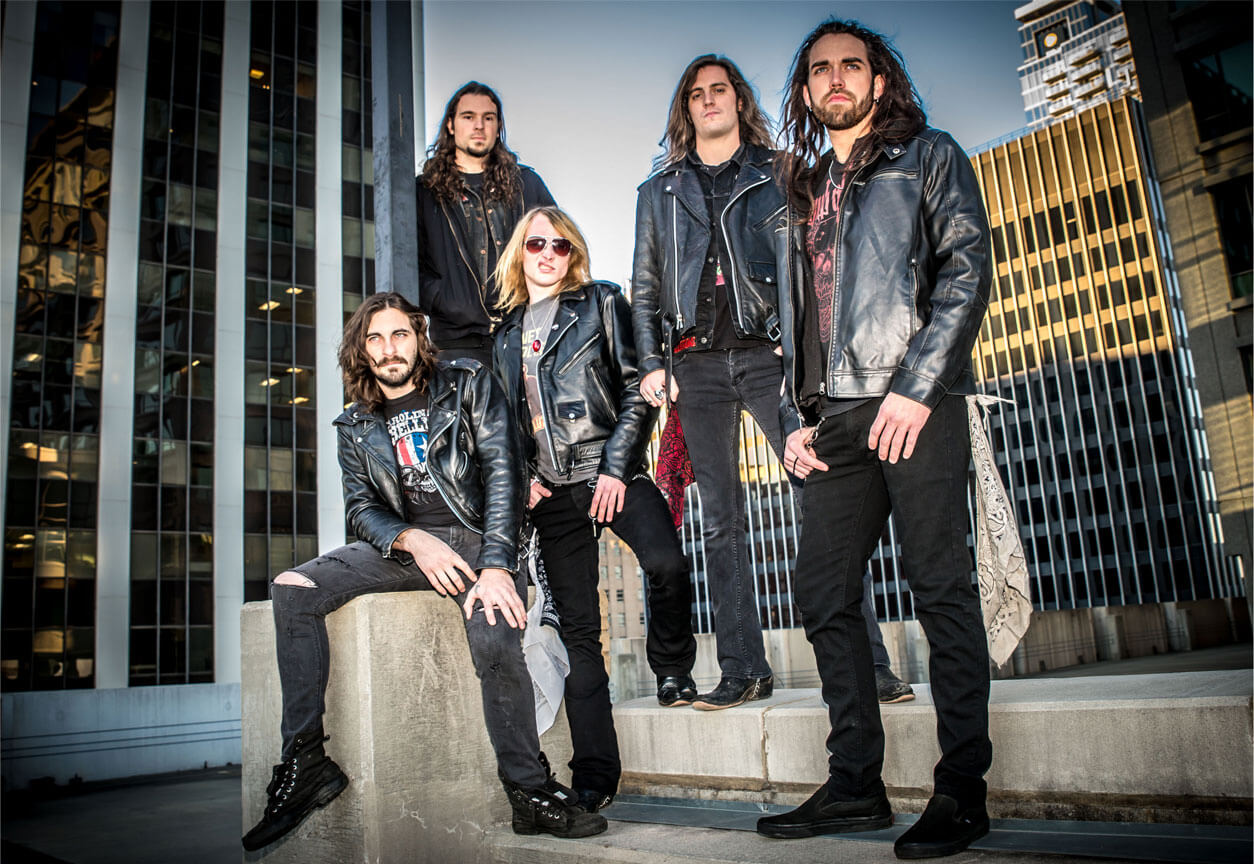 Hey Scott, good to hear from you. Congrats on the new band Pröwess. I really like what I’ve heard so far. You and a few of the other members have a history together. How did this band come together, and how does it differ from your previous project with them?
,,Likewise man! Thanks for talking with me, always good to catch up with you and the KV boys. I enjoy your contributions to HeadBangers LifeStyle! Yeah, so 4/5 ths of us were together in 21st Century Goliath, but we parted ways with the vocalist of that group, and when we found Dalton Bowes we just decided to start all over. We wanted to be fair to both of them. We played a few interim gigs as 21CG just until everything was set to launch the new band, but of course we had to keep all of the changes top secret until we were ready.’’

When you guys decided to put 21st Century Goliath to rest and move forward with a new band, did you decide to completely wipe your hands of anything written or played during that time in order to make a fresh start creatively?  Or is any material (released or unreleased) from that time going to find it’s way into the Pröwess set or get recorded?
,,The one carryover is actually the first track ,,No Survivors”. I had actually written that one in the last few weeks of 21CG’s existence, and when we started working with Dalton it was the first thing to get finalized.It is a good starting point for us I think, but the new material is a little more signature to this group I believe. As we’re learning our identity, we’re putting some very cool stuff together. We played a bit of the other band’s material at the release show, and in the short term we’ll play it locally to ease the transition for our carryover fans (which are numerous), but eventually we’ll move away from it completely.  This is Pröwess, not the old band reincarnated, ya know.’’

Where did the name Pröwess come from, and what’s the meaning behind it?
,,Of course we kicked around ideas for weeks before we could settle on anything, but we were looking for something short! [laughs] I was never a fan of the old moniker. It was always cumbersome to tell someone the band name, and always felt like the words fell out of my mouth like a load of bricks. It looked good in print though and it was powerful, so we needed something that could be as iconic. In talking about the imagery we wanted, we wanted a top-shelf rock and roll band, refined and sexy, but still raw and pure. The word prowess means extreme skill or bravery in battle. As soon as I mentioned it to the boys and showed them a couple logo drafts, it was unanimous. We added the umlaut “ö” as a nod to Lemmy, who passed while we were putting it together. We’ve heard feedback both ways on the umlaut, but we’re keeping it, and anyone who doesn’t like it is welcome to fuck off!” [laughs] 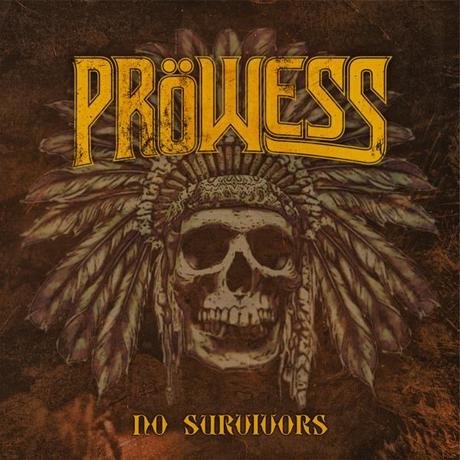 So far you have only released the single ,,No Survivors.” Do you have a release date set for the full album and do you have a title for it yet?
,,We’ve been in and out of the studio over the past couple of months (I had time booked last week and we’ll be tracking vocals all day tomorrow in fact) so we’re hard at work. The goal is to get at least an EP out by mid-summer. No title as of yet, but we’ve got four songs down and two more in the pipe. We’ve got several ideas beyond that which are at various stages of completion. We’re all pumped to be writing!’’

You chose Jamie King (Between the Buried and Me, He is Legend) to produce the first single ,,No Survivors”. Did he also produce the entire album? Have you ever worked with him previously and why did you choose him as producer?
,,Yeah, Jamie’s our go to guy. He’ll be producing everything we do if I can help it. He produced the material for the old group, which is how we began working with him. He always made us sound better than we were, which is what you want. He’s got the attention to detail that we need. We’re writing simple three chord rock and roll, but that doesn’t mean it is without nuance.  The devil is in the details, and he’s about as meticulous as they come.’’

You guys recently opened for Ace Frehley in North Carolina and, if I’m not mistaken, this was only your fourth show as Pröwess. How did that go and are there any tour plans in the works?
,,It was Danville, VA actually, but yeah that was an awesome experience. A regional promoter who I’m friends with was excited for the launch of Pröwess and liked what he heard, and he happened to be bringing Ace in to Carrington Pavilion in Danville, and asked us to be a part of it. It was a great experience, we met a lot of cool folks. As for touring, we’re actually putting together a possible run in late June in the southeast. We’re just trying to get this one out there a bit and stretch our legs.’’

With my column, I focus on American straight ahead rock ‘n roll. This genre of rock is not the flavor of the week here right now, and there are a lot of great bands out there like you guys that deserve to be heard. In your opinion, what are some of the biggest obstacles facing bands today to go out and tour and get their music out to people?
,,Well, that’s a tricky subject for sure. Entire dissertations could be written on where exactly it all went wrong, but you know, we’ve found that if we write quality tracks and stay true to our roots, the hard rock fans will support. They’re still out there en masse. I mean rock festivals still draw crowds. You’ve got the modern hard rock festivals like Carolina Rebellion, which saw 100.000 people last year (our old group played it in 2015), and you’ve got festivals like M3 which do well, and Farm Rock which is growing to all corners of the country (props to you and the KV boys for being a part of that one BTW!), so the fans are there. I guess the trickiest part is finding them or enabling them to find you. I hear people say “no one’s buying albums anymore” or “people don’t go to shows anymore” and maybe I’m in denial, but I just don’t see it. Granted it is nothing like it used to be, and it certainly isn’t anything here in the U.S. like it is in Europe. Still, I feel like if you give people something that is genuine and of a high enough quality, they’ll respond.’’ 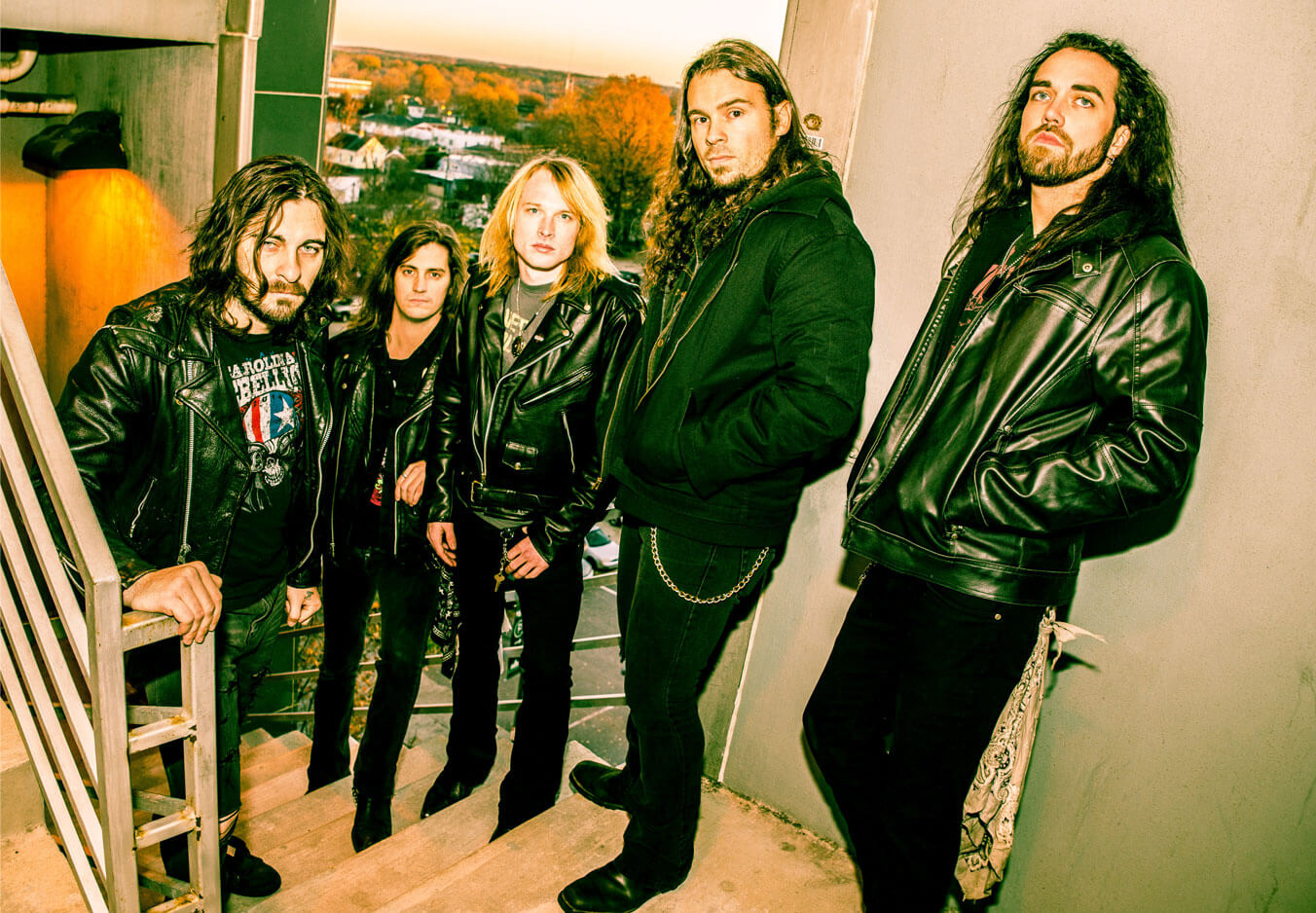 When you were a kid, what music inspired you to want to pick up a guitar and be in a band? Now that you have been doing this for a while, what advice would you give to any other kid out there just now starting to play an instrument?
,,Angus Young. I’ll never forget the first time I got goosebumps and a chill down my spine. I was a young kid and I heard ,,Hell’s Bells’’. A little backstory for ya, I had heard that music before, many years before at around 3 or 4 years old, when my grandmother had errantly allowed me to watch the first 15 minutes of Maximum Overdrive in the theater before realizing it was a horror movie! She saw a big truck with a clown face on the movie poster outside the theater and thought “Oh, Scotty will like this!” [laughs] By the first time some kid got his head run over by a steam roller we got the fuck out of there, but the damage was done! I didn’t realize it at that age, but the musical score was all performed and arranged by AC/DC. So then one day when I was about 6 or 8, some years later, I stumbled across my uncle’s cassette tapes. It happened by chance that the first one I found was the ‘Back in Black’ album. I’ll never forget it. I put the tape into the player and rewound it to the beginning. I hit play, never expecting what was about to transpire. That ominous toll of the first ringing bell stopped me dead in my tracks. When the first guitar crept in, I was in a trance. Finally when the drums staggered in and the rhythm section lined up and started chugging together in unison my skin got tight. I mean the tightest, highest goosebumps I’d ever experienced. I was fucked from then on.’’

I ask this question in every interview because I think it’s important for bands to support each other. What are some new bands out there that you like and that you think everyone needs to check out?
,,Some of my favorite newer label bands would be Airbourne, Valient Thorr, BITERS, Danko Jones, Crobot, The Treatment and Mothership just to name a few. All of whom have had success waving the flag for rock ’n’ roll in their own way. Then there’s bands who hadn’t quite broke through yet who are right on the cusp of catching fire, and that list is much longer.  Blackfires, Gene The Werewolf, there’s a band we’re playing with next month in West Virginia out of L.A. called Dr. Boogie, a band called The Tip from Nashville, I mean there are tons of good bands out there if you know where to look. Basically start with the list above on Youtube, and see where the day takes you. You’ll find all types of cool shit.”

Anything else you want to add or say to the fans out there? Thank you for taking the time to do this interview.
,,Thanks for having me Chris! Props to you for this gig and on your continued success with Kickin’ Valentina! For the readers, be sure to check out Pröwess! We’ve got a video coming out in the next week or so, and we’re coming to a stage near you!  Come see us, say hey, and maybe buy us a beer or five. We’ll drink whatever’s cheap!’’
—
Check out Pröwess official website and Facebook page