WELCOME TO THE AMERICAN UNDERGROUND (Pt.8) 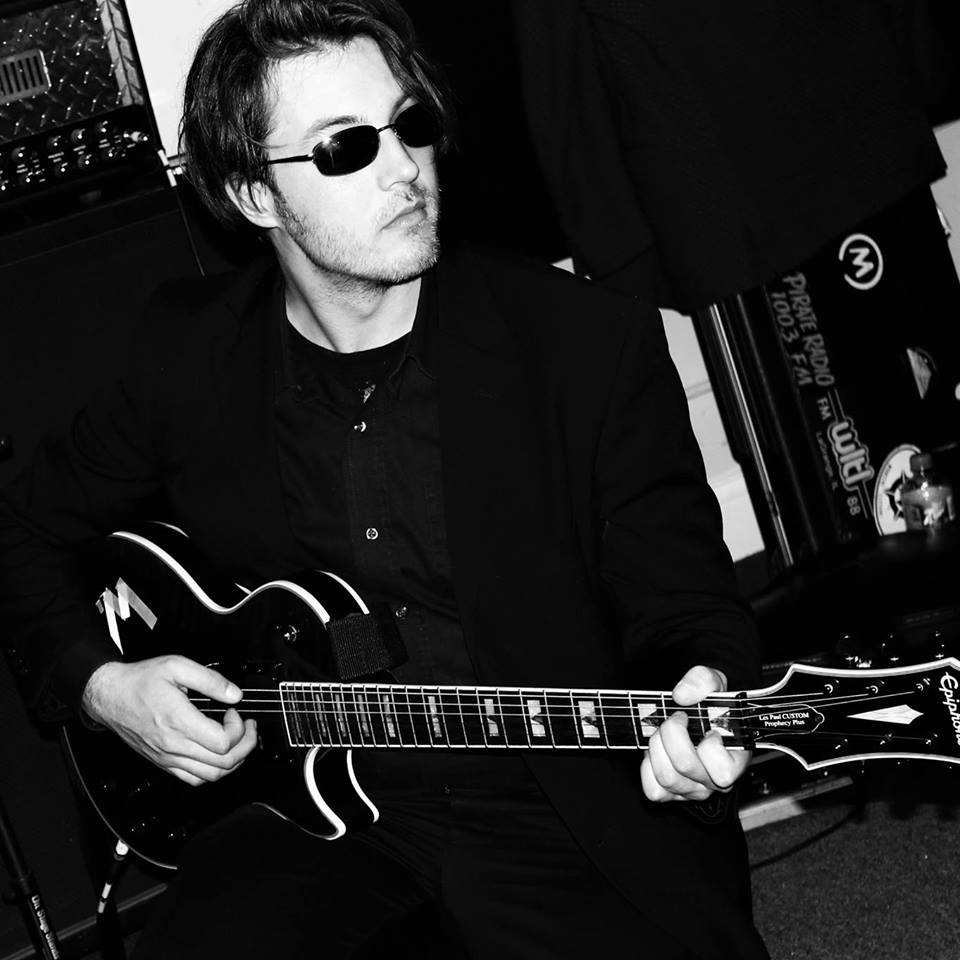 WELCOME TO THE AMERICAN UNDERGROUND (Pt.8)

In Part 8 of the series ‘Welcome To The American Underground’ Kickin’ Valentina’s bass player and specialist of the American underground music scene, Chris Taylor talks with Drew Fortier, maker of ‘Attack of Life: The Bang Tango Movie’, guitarist of Bang Tango and founder of the band Zen From Mars. A few months ago I started seeing teasers for a new “super group” called ZFM with not much other information. When they finally made the announcement that the band was called “Zen From Mars,” and it featured members of Enuff Z’Nuff, Kik Tracee, Bang Tango and Fear Factory, I immediately wanted to hear this. I was already a fan of these bands, and combining musicians as diverse as this, I knew it would be something interesting. I recently spoke to Drew Fortier, the mastermind of “Zen From Mars” to find out how this band came about, and what the future might hold for them. In this interview, he announces the name of the album and includes an exclusive new song teaser. 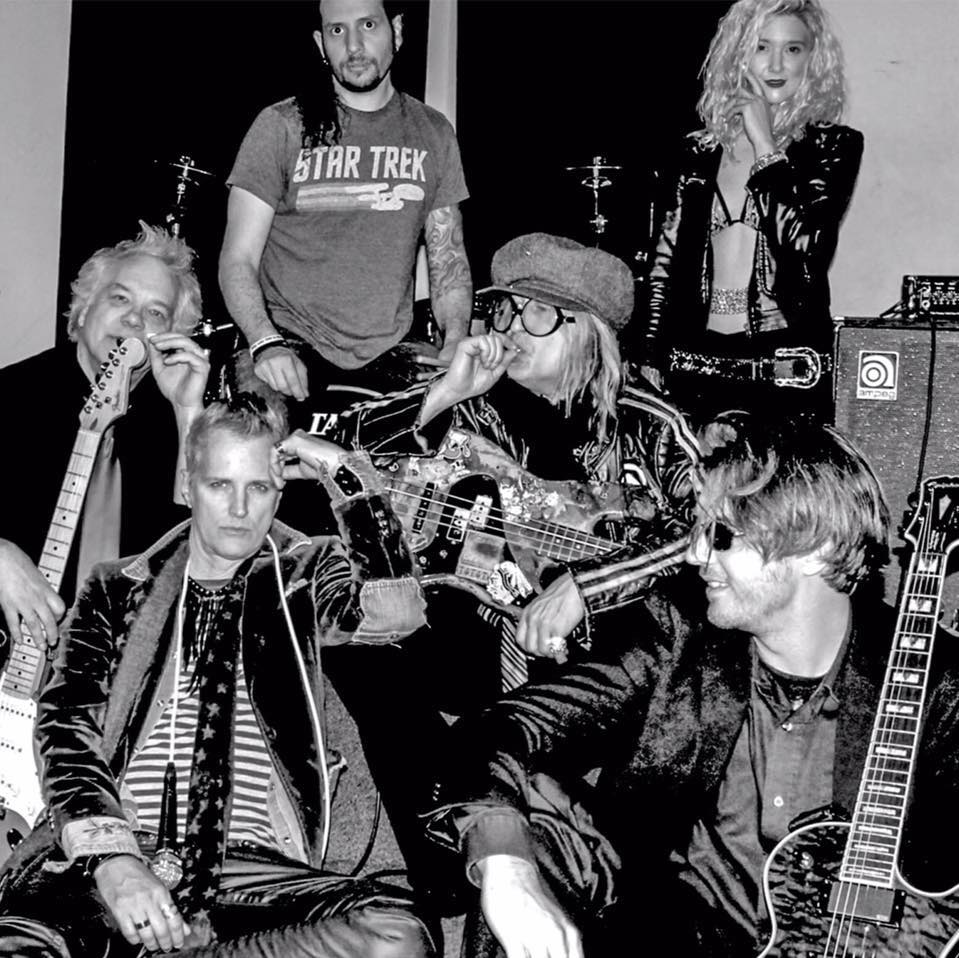 Hi Drew, you have put together a band with some great musicians. What sparked the idea for Zen From Mars and how did it all come together?
,,Interestingly I had demoed about 4 or 5 fully structured acoustic instrumental demos for a totally different project that unfortunately didn’t pan out due to some shady happenings. So from there, I had contacted Stephen whom I’d known through getting in contact with him while pursuing a Kik Tracee documentary. He sent me back the demos with his lyrics and melodies and it was purely magical and I knew we had something special right off the bat. I had known Chip Z’Nuff and Kate Catalina for years, they have been close friends of mine and we live in Chicago, and they were my obvious choices to have involved with the band. Absolutely incredible musicians. Mike Heller I had known through pursuing a Fear Factory documentary, we just immediately hit it off and became close friends and when I told him about the project, he immediately hired himself as the drummer, he was my dream choice so that was awesome! Brynn Arens and Stephen have been friends for over 25 years and I have always been a huge fan of Brynn’s band Flipp. We sent Brynn one of our songs called ,,Downtown” and he added a guitar solo to it that just absolutely blew my mind and knew that I needed him to be a part of this and we asked him and he was 100% on board. It all worked out wonderfully!”

With the members of the band all being in different locations, what was the writing and recording process like? Was there ever a time where you thought “this will never work” and was the distance a challenge?
,,It actually worked out great! We all have been on the same page with this project for being as laid back as humanly possible and for there to be absolutely no rush or pressure on anything, and with that mindset the songs came together so naturally and quickly at that. The distance worked out great! I initiated all of the song ideas on acoustic guitar, then I sent them to Stephen to add his incredible lyrics and melody then I just continue to pass it around to everyone to add their parts and it’s truly magical.”

When you initially put the band together, did you have a musical direction in mind already, or did it take on a life of its own and go in a completely different direction once the writing process started?
,,I actually had absolutely no vision in mind, everything just flowed out of us so naturally and the songs on the album are so eclectic but uniform at the same time. For example we have a power pop song called ,,P.O.P.P.Y.”,  we have a crushingly heavy song like ,,Inner Mission” which sounds like Rammstein meets Black Sabbath, we have a fun almost alternative dance metal tune called ,,Downtown” that sounds like Mo-Town meets Metallica, MTV’s Jesse Camp actually does a great background vocal on that one! [laughing] It’s really all over the place but it meshes together so well.”

Was it difficult keeping this band a secret for as long as you did?
,,It really was! Everybody in this band are absolutely amazing musicians and amazing people as well. I consider them my family 100%, nothing but love for them. It was so hard keeping all of this on the down low and it feels so good to finally have it out there. This is definitely only the beginning.” 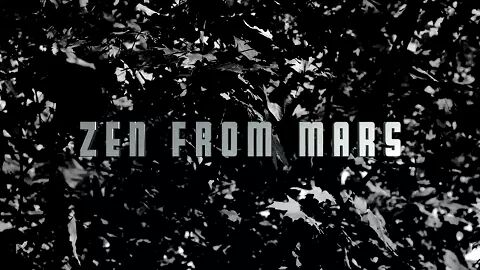 When can we expect a full album from Zen From Mars?
,,We are wrapping up everything currently and hoping to have it out there by the end of the year. I haven’t announced this anywhere else but the name of the album will be `The Ultra Head Frequency‘.”

Will Zen From Mars ever hit the road and tour?
,,Shows are absolutely a huge possibility but a very exclusive possibility. I will say this, when all of us are in a room together playing these songs, it is absolutely mind blowing. We are 100% a live band for sure and really hope people will be able to get to see us perform these songs on stage.”

I have read that you met Stephen and Mike through doing Kik Tracee and Fear Factory documentaries. Will these documentaries ever see the light of day?
,,Neither of them ever got off the ground to be honest, after ZFM came together I put all of my attention toward that. But I have met with the Fear Factory guys and handed them a treatment for a potential FF doc that they really liked, so I am hoping that eventually that will come to fruition. Burton & Dino are wonderful people and I had a great time/conversation with Burton when we met to speak about the film. Such an incredible band with such an amazing history. Same with Kik Tracee, there’s an insane story within that band that one day needs to be told as well but after the soul crushing 4 year process it took to make The Bang Tango Movie I decided to retire from filmmaking all together but there are only 3 bands I would ever come out of retirement to do a documentary for: Kik Tracee, Fear Factory, or Faith No More.”

You got into making documentaries back in 2011. What are some of the films you have released, and do you have anything else in the works?
,,I have only one film out to date which is `Attack of Life: The Bang Tango Movie’ which is available on YouTube for free due to song clearing issues with Universal Music. Super proud of the film though, definitely a labor of love. Ended up with 400 hours of footage from the 4 years of shooting and edited the whole thing myself, I definitely shaved quite a few years off of my life from doing that film. Sprouted so many white hairs on my head too [laughing]. Aside from that I had done many many promo videos for bands such as Vince Neil, Slaughter, Kix, Queensryche, Great White etc. etc. I have shot many music videos too, I had done a few for Bang Tango, I did some for Mark Knight. Mark is absolutely incredible and I recommend everyone check out his new record `Mark Knight’. It’s absolutely amazing. But at the end of the day I’m still a freelance videographer/editor from time to time. It’s fun but it’s a curse at the same time! [laughin].” 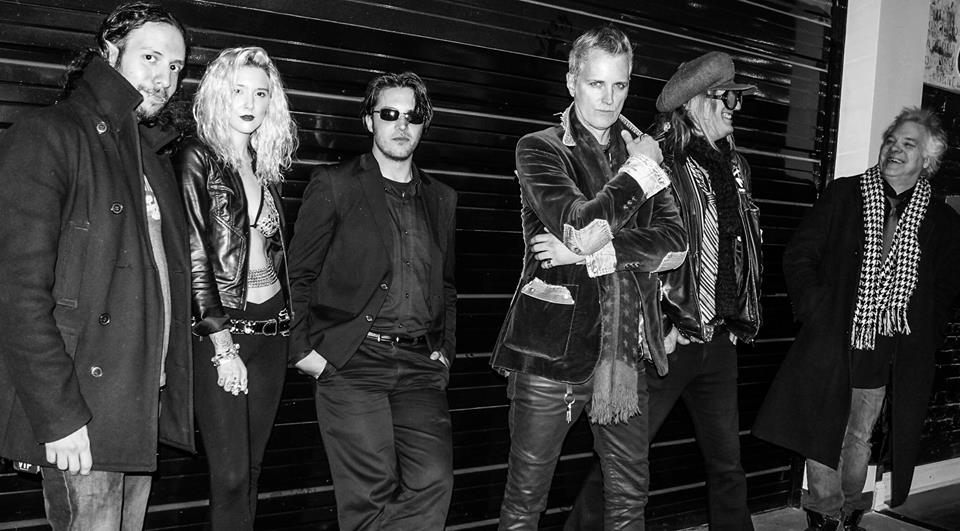 Anything else you want to add and you want to say to the fans? How can people find out info on Zen From Mars and any of your other projects?
,,In regards to ZFM… you absolutely ain’t seen nothing yet. This is only the beginning. We have some big plans and we know and feel that people will have a strong reaction to the music and what we will be doing. You can keep up with Zen From Mars at Facebook.com/ZenFromMars. I also play guitar for Bang Tango. The band is currently in pre-production with the amazing Thom Hazaert of the THC Music Label, he also does A&R for David Ellefson’s EMP Label, which THC Music is a subsidiary of.”

Thank you for taking the time to do this interview.
,,Thank YOU so much for wanting to interview me! At the end of the day I’m just a weirdo kid from Chicago with a buncha goofy ideas that pan out into really cool things!”
—
Check out the ZEN FROM MARS official Facebook Page