WELCOME TO THE HEAVY MUSIC UNDERGROUND 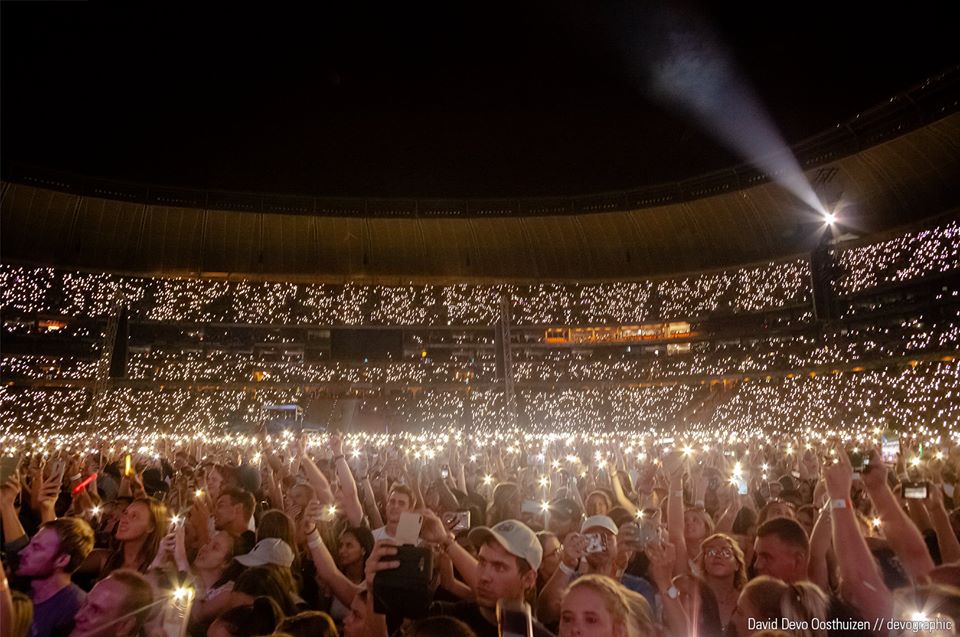 WELCOME TO THE HEAVY MUSIC UNDERGROUND

David Devo Oosthuizen is an award-winning Digital Pioneer with two decades of experience working with top brands, agencies, publications, bands, promoters, channels and labels globally. His company is called Devographic Music Media, PR, Events & Artist Management Agency and it seems that he is the guy who knows what’s going on in the heavy music [underground] scene of South Africa. Because HeadBangers LifeStyle always wants to know more about our fellow headbangers around the globe, Liselotte `Lilo’ Hegt contacted David and asked him a few questions to get an impression of the scene. 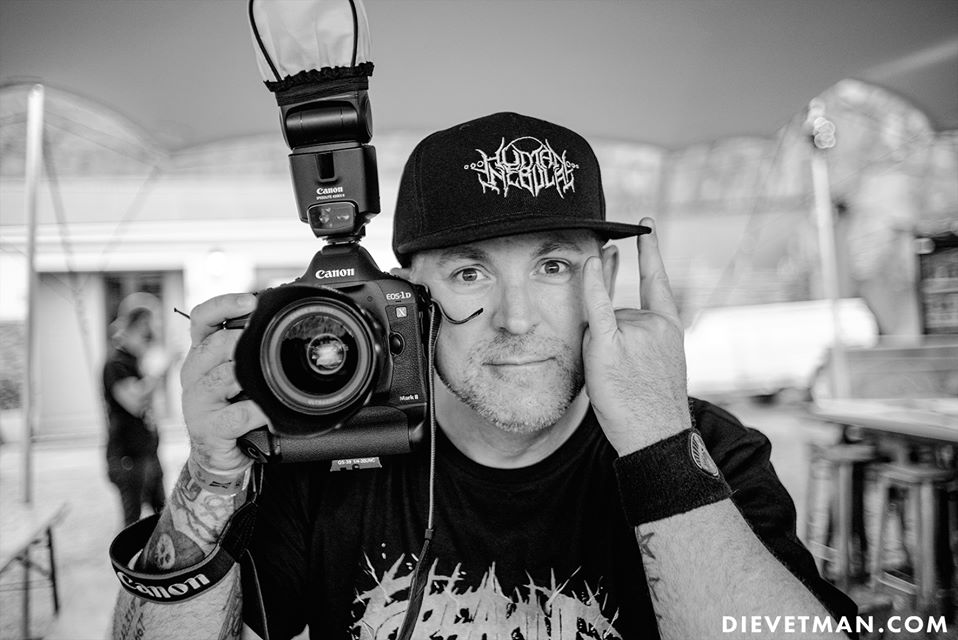 What do you consider as the roots and starting point of the rise of the heavy music scene in South Africa – what bands and years are we talking about?
,,Personally, for me (having played in a band in the 90s in South Africa), it lies with the bands who dominated this early era, like Voice of Destruction (VOD), Groinchurn, Agro, Urban Assault, Retribution Denied, Debauchery, Funeral, Insurrection, Metalmorphosis, Sacrifist, Pothole and Sacraphyx. Of course, these were not the first to be considered “heavy”, with hard rock pioneers like Hawk and Suck predating paving the way since the late 70s.’’

In what way has the heavy music scene in South Africa grown and changed over the years?
,,Since this early era, more diversity in genres naturally evolved. Some bands from South Africa (and the continent overall) also got some international success and exposure (proving to the rest of the world this is a great place for amazing heavy music made by great people)! However, we have fewer venues and channels these days dedicated to heavy music, as it’s arguably the most challenging genre and territory to operate in.’’

What is the mentality of South African heavy bands in general in your experience?
,,Heavy bands in South Africa (and again the continent) are fiercely passionate and hard working. Again, this is a tough genre and territory to operate in and nothing comes quick or easy – it is all about passion foremost, coupled with creating opportunities from networking and kicking in doors where there are none always available! Not to detract from any other genre, but I do believe this to be an admirable common trait in fact with heavy bands globally!’’ 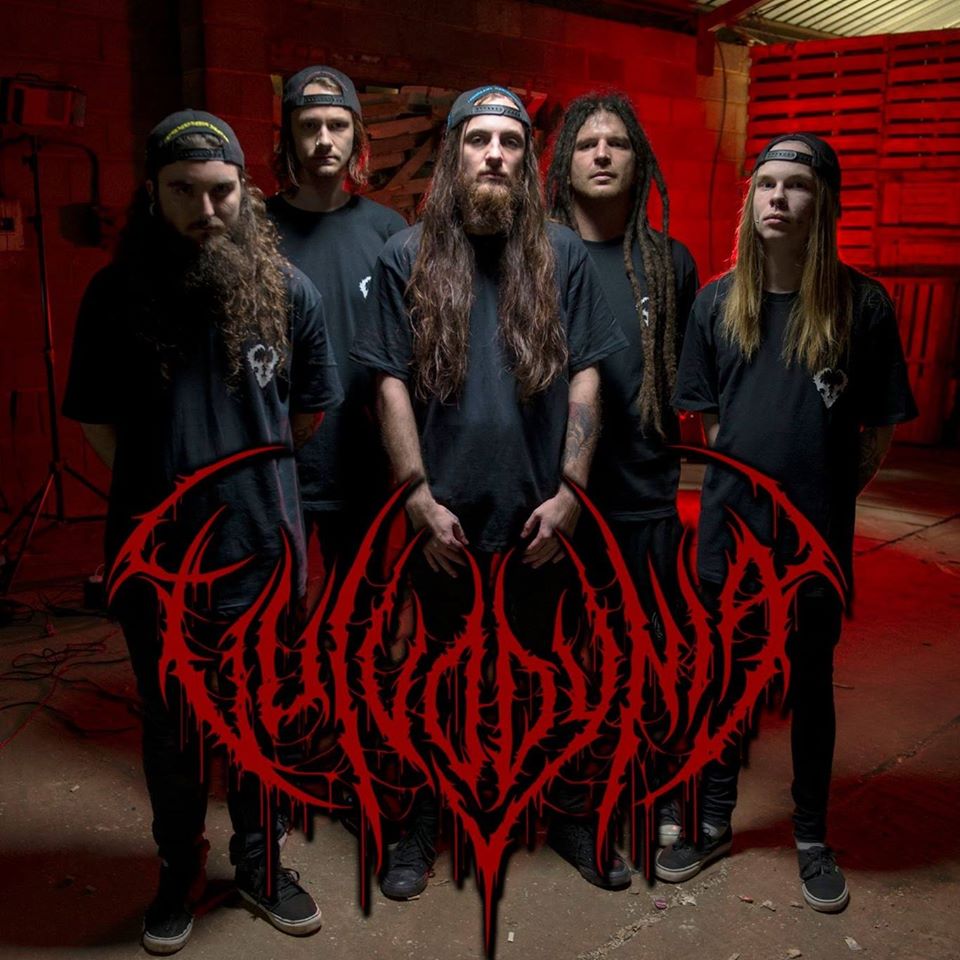 Which sub genres of the heavy music scene are most popular at the moment and who are the leading bands in those genres?
,,VULVODYNIA has been dominating, proudly flying the South African flag globally with their brutal brand of Slam. FACING THE GALLOWS has likewise been making huge waves with their brand of Metalcore. On the Alternative Rock front, DEITY’S MUSE has been doing amazing things and Old School Heavy Metal Titans DEADLINE are kicking all kinds of ass! The guitar prodigy ROBYN FERGUSON has been receiving global critical acclaim, duly impressing with her vibrant brand of Instrumental Prog! DEMOGOROTH SATANUM are proudly representing Black Metal globally, along with our brothers and sisters from Botswana OVERTHRUST DEATHMETAL BAND!’’

Is heavy music very much accepted by the mainstream or is it very underground? Is it played on national radio?
,,Sadly, heavy music is not mainstream, and I doubt it will ever be. It is indeed very much a minority subculture with far less channels open and available to heavy music. But, as per my previous comments above, that does not stop the passion, drive, commitment and efforts of those with the will to succeed and create opportunities for heavy music!’’ 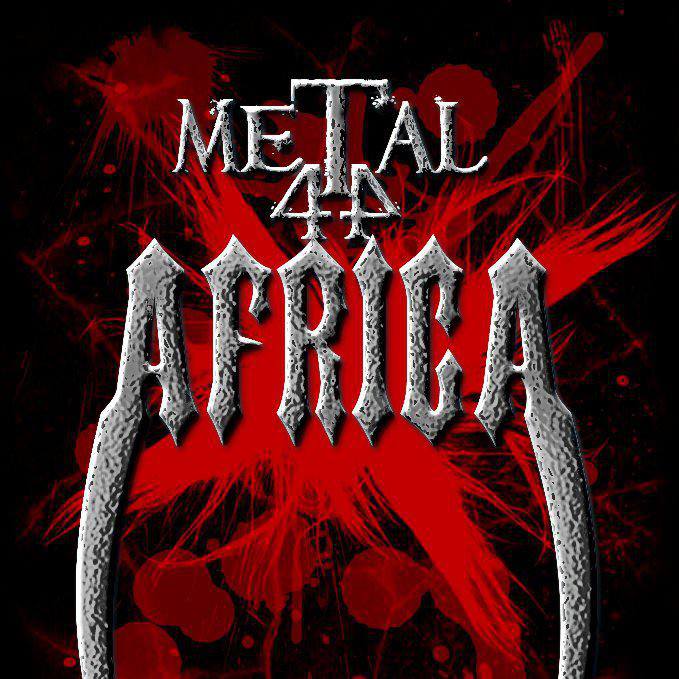 Is the heavy music scene a guy’s thing or are there as many female fans around?
,,There is good female representation, but the balance is not yet 50/50!’’

When it comes to female musicians/bands, are they rare or very common? And can you name some artists/bands we need to know about?
,,I am very happy to share that several bands in the scene have female members (and I hope to see this number always increasing)! I already mentioned the immensely talented Robyn Ferguson (who is a solo artist, but also in the bands Adorned in Ash and Sistas of Metal). Then there are bands like Riddlebreak, Hiraeth, Posthumous, Capgras Delusion, Apocalypse Later, MARENE, Pollinator, Dreams of Nightmares, DevilSpeak, Omentum, Nerve Zero, Terminatryx, O-Positive, Isobel and more!’’ 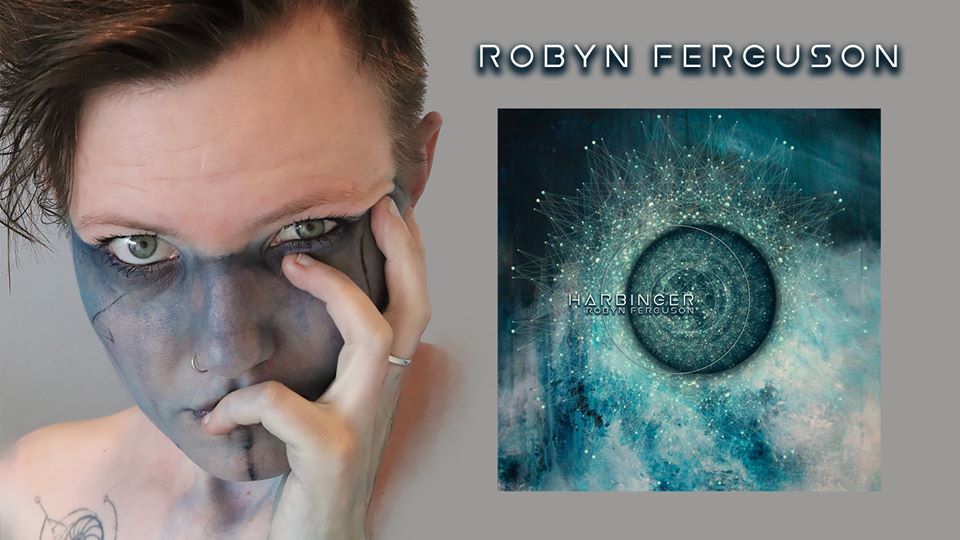 Which South African heavy bands are in the absolute top at the moment and what makes them worthy of this position?
,,Of course, from a mainstream perspective, everyone knows and loves the mighty SEETHER. They have just consistently been epic since the start (when they were initially locally known as Saron Gas). On the sub-genre front, I already mentioned the powerhouse that is VULVODYNIA – they are simply at the top of their game with world domination well within their grasp!’’

Which bands and artists do you represent as a promoter and, what is their talent that makes you want to work with them?
,,The list of amazing artists, channels, labels, promoters and events I work with is always expanding and changing, depending on the projects, tours and professional service requirements. Via my agency (Devographic Music Media, PR, Events & Artist Management) I work with a variety of artists and genres, not just heavy music. From a heavy perspective, some of these artists include Deadline, Riddlebreak, Human Nebula, Forsaking Fate, Chaos Doctrine, Robyn Ferguson, Ryno Theron and many more … I also work with bands outside of South Africa.’’

What can you tell about the live scene and if I am in South Africa what are the best clubs and rock bars to see heavy bands live and hang out for a good time?
,,The live scene is the biggest in the Gauteng and Western Cape Provinces (in the Pretoria, Johannesburg and Cape Town city areas). Not to detract anything from the other areas, as there are also great supporters and vibes in areas like KwaZulu-Natal and the Free State. Before the Covid-19 Pandemic struck, notable clubs to see live bands and hang out for a good time included Rumours Rock City, Rumours Lounge, Aandklas, Railways, Platteland, Mercury Live, The Winston, JARR Bar & Restaurant, Cool Runnings and more …’’

What are the most important (local) festivals for heavy bands?
,,Local festivals with specific support for heavy bands include, amongst others, RAMFest and associated RAM Events, Krank’d Up Festival, Metal4Africa (SummerFest & WinterFest), Brochella Events, Jam Packed Events, Emalyth Events and events from The Kraken is Alive …’’

Are there still CD/Vinyl stores and/or second hand record stores around and who has the best collection and maybe also merchandise?
,,From a mass-market perspective, music stores have all but mostly disappeared (certainly the ones that sell heavy music anyways). Some remain with very limited choice. There are however some great small independents left with great selections for the die-hard collectors and crate diggers. Several vinyl fares are also around. My personal favourite record stores are Record Mad, Mr Vinyl, Roasting’ Records and Mabu Vinyl.’’

Are international rock and metal bands visiting South Africa frequently during a tour and do local bands get the change to do a support show?
,,We have indeed been blessed with several great bands touring South Africa the past decade. And in most cases local bands got to open in support yes.’’ 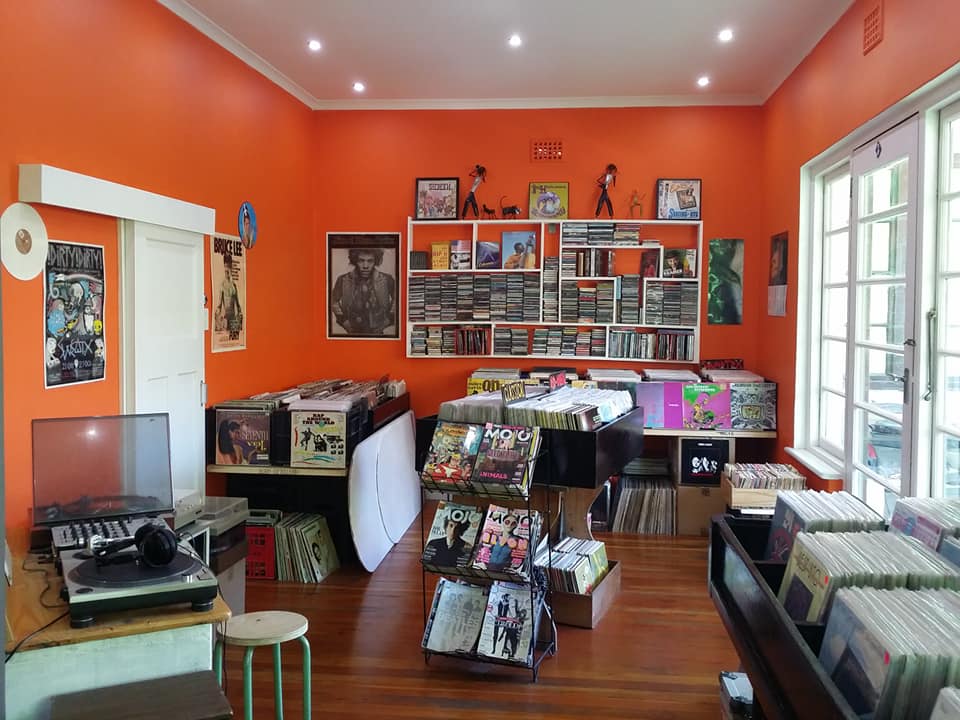 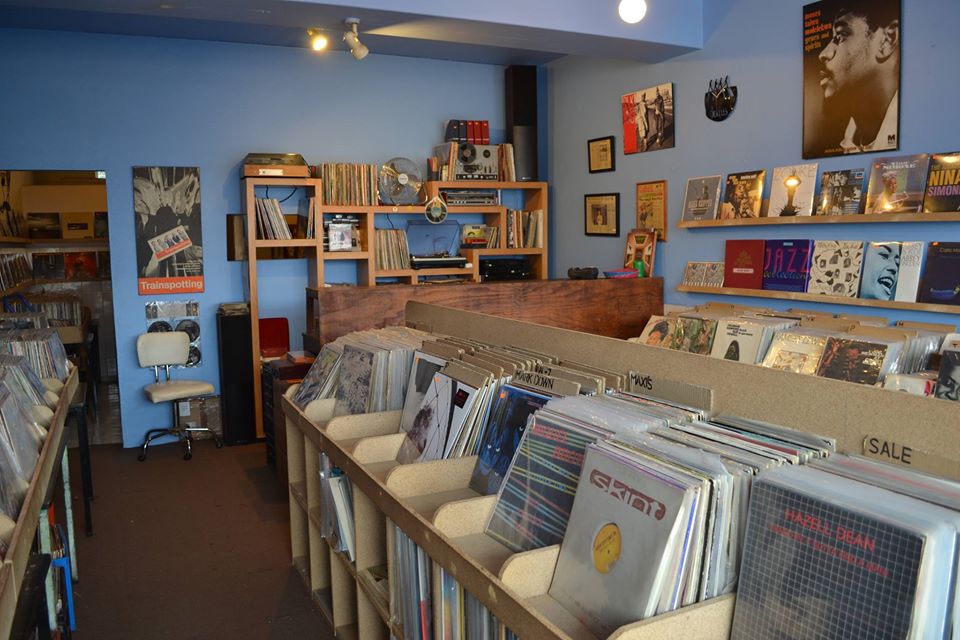 Last but not least, having Covid-19 and social distancing, how are you working on keeping up the (local) heavy scene?
,,Much of our activities shifted towards creating new material. Digital has also been playing a bigger part than ever with online unique engaging content and also streaming shows. Merch sales and new methods to solicit donations have also been important.’’ 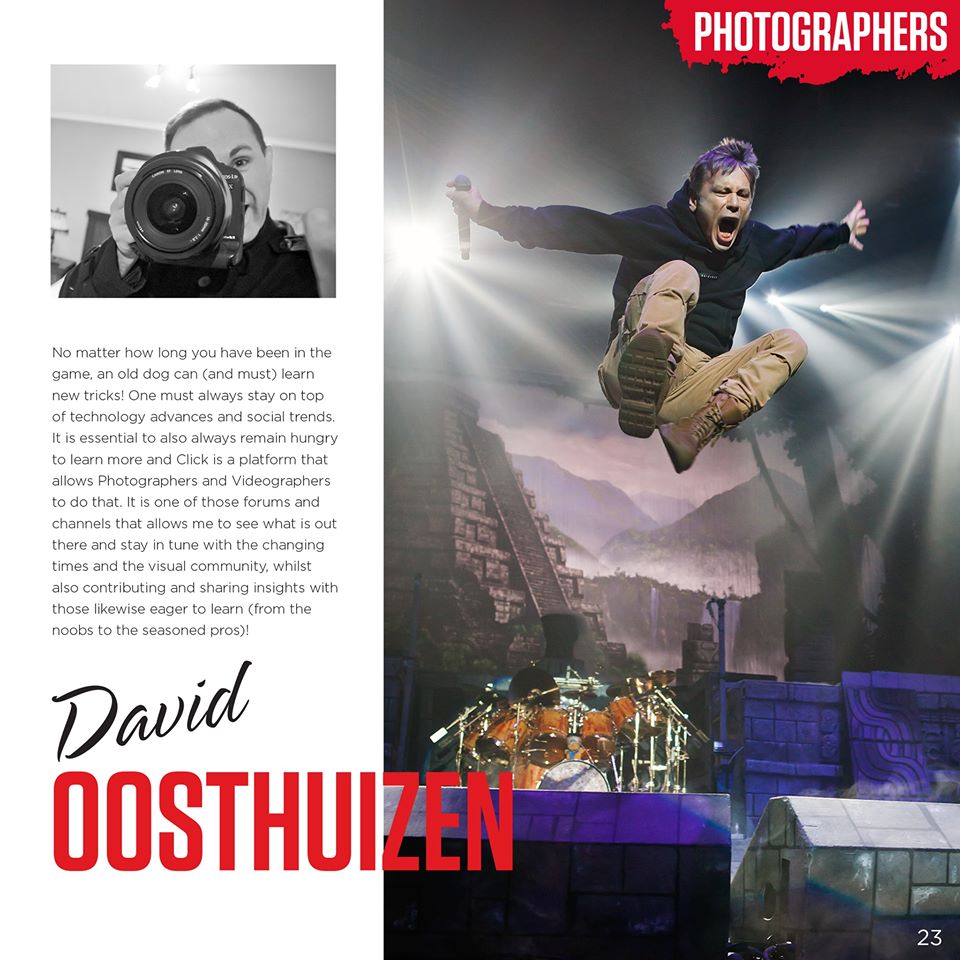